1) Cow farmers in protest at low prices
Angered by plummeting cow prices, cattle farmers tried to release hundreds of cows in front of Blue House, Korean version of White House, laying the blame on President Lee Myungbak and FTA with the U.S. he signed lately. They are shouting “Mr. Lee, you raise cow yourself!” Most of the farmers were blocked by the police on the highway before coming into downtown Seoul, though. The price of hanwoo (Korean beef) dropped 30% from its peak in 2009 to 4.4 million won ($3,800) per 600kg. There are total of 3.3 million live cows as of December, an increase from 2.9 million in 2009. The Agricultural Ministry said the right number would be around 2.6 million. To help the famers, the ministry said they would be replacing import beefs with hanwoo for consumption in the military. 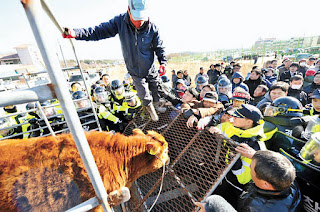 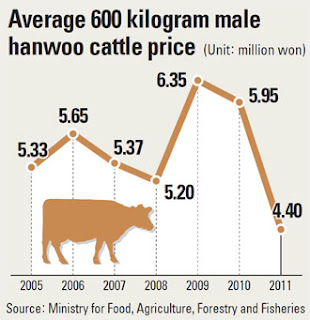 As Korea has very small land the size of Indiana, with 70% of the land covered by mountains, Korean farmers would have hard time to compete if there is no protection against the low cost import beefs. The same story with chickens or pork. The only remaining livestock Korean farmers would still have clear advantage against the import would be, well, dogs.
2. Economy
1) Korea with the most low wage earner ratio in OECD
Korea Labor Institute reported that the ratio of low wage earners stood at 25.7% as of 2009, the highest ratio among the 34 OECD nations. Low wage earners are full time employees who ear less than two-thirds of the median age. The U.S. and Britain followed with 24.8%, and 20.6%, respectively. The report said the countries with higher levels of GDP and records of steep economic growth tend to create such poorly paying jobs. KLI added that “In most nations, low-paying jobs are persistent and recurring issues that can widen income and wealth inequalities.” 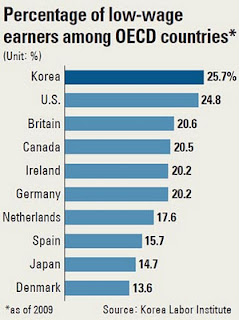 The key to reduce the number of low-paid workers is to lift the minimum wage. Korea’s minimum wage in 2011 was 4,320won (U$3.76), and will increase by 6% to 4,580won (U$3.98) in 2012. This number should be correct as this info came straight from my son who is working as a part timer at an auto supplier during this winter vacation.
3. Auto Industry
1) Hyundai gets the best news in a row
Hyundai Chairman Chung Mong-koo must be all smiles these days. Hyundai ranked No.1 for the first time in 2012 JD Power’s Customer Retention Study with 64%, pushing the likes of Ford, Honda and BMW aside. Hyundai’s Elantra won 2012 Car of the Year award at Detroit Motor Show, edging out Ford’s Focus and VW’s Passat. Chairman Chung has been named the second most influential person in Motor Trend’s 2012 automotive power list after Chrysler’s Sergio Marchionne. Despite the recent success in sales and quality, however, Chairman Chung is determined not to repeat the Toyota mistake, and is pushing its plants and suppliers for ultimate quality level. The new head of purchasing vowed in the annual supplies’ convention last week that Hyundai will treat its suppliers to the quality level each supplier demonstrates. 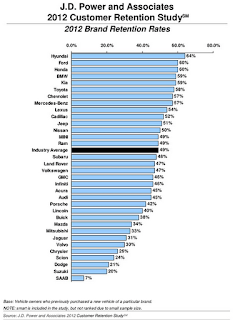 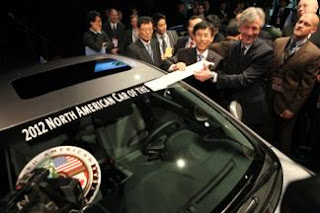 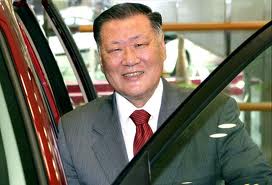 I got kicked around last week when HMC visitors complained about Metaldyne Korea being not clean enough for ultimate quality level. I told my wife about HMC’s complaint and Elantra winning car of the year award. I got kicked around again, with my wife demanding full 8D report to explain why the heck then I left Hyundai.
2) Hyundai and Bosch to end its joint venture
A Hyundai official said Hyundai is seriously thinking about ending the JV relationship over KEFICO, a powertrain management systems components maker Hyundai, Mitsubishi and Bosch jointly set up in 1987. He added that Hyundai is reviewing the relationship over the JV business, and that Hyundai will still maintain supplier relationship with Bosch. KEFICO is currently 50:50 owned as Bosch bought Mitsubishi’s 25% shares in early 2000. The Hyundai official admitted that there has been friction with Bosch as Bosch has kept raising issues about using the Bosch designed products in Hyundai models. Analysts think that, while the separation can be a proof Hyundai can stand on its own in key powertrain technologies, there is a risk that Hyundai may be falling behind in world leading technologies without Bosch. 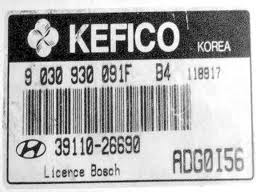 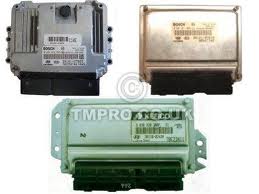 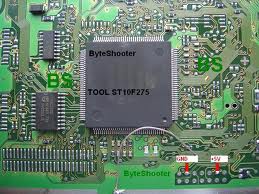 Bosch better think about ending the JV with Hyundai. Many foreign suppliers dying to become a Hyundai supplier as Hyundai plans to make 7 million vehicles this year, world’s No.5 with Ford and Honda behind. Here are three easy ways to become a Hyundai supplier. Hit one of them, and you will get a purchase order immediately.
*Your product is priced about half of what Hyundai is paying to current suppliers.
*Your product has technology that Hyundai has to have to sell cars.
*Your president is a very good friend of Hyundai Chairman Chung.
Regards,
H.S.