If you read our post about ice creams shops in Korea, then you might have gotten inspired to try out all the different ice cream shops in Seoul. However, we know there will be days where you really want to eat ice cream, but you really don’t want to venture far from home. It may be because of the sweltering hot weather, because you’re in the middle of a movie, or because you still have to give mom a call and it’s almost bedtime where she is.

That’s when you might want to remember this post! Once you’ve read through, decide which of the tasty Korean ice cream you will pick up at the convenience store or supermarket nearest to your house the next time you’re out. These Korean ice cream treats come in all shapes, forms and flavors–and all for an incredibly affordable price.

Get ready to cool down with some of these tasty treats! 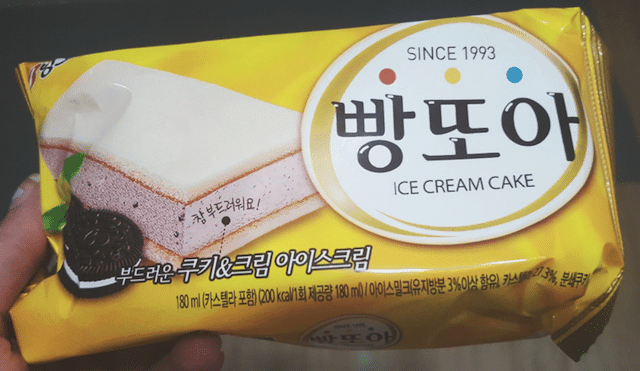 Cookie crust on the outside, strawberry jam surrounded by vanilla ice cream on the inside. The Dwaejibar is pretty light for an ice cream snack. This is also one of the most popular ice cream snacks among both locals and foreigners in Korea.

Based on the sheer determination of the author’s dog to photobomb every picture of the ice cream bar, this is perhaps the most delicious ice cream introduced to you on this list. Chocolate crust and almond crumbs on the outside, vanilla ice cream on the inside, with full-on chocolate at its core, any chocolate lover would love this ice bar! Perhaps the ice cream bar with that would taste most similar to the ice cream bars sold in Europe. 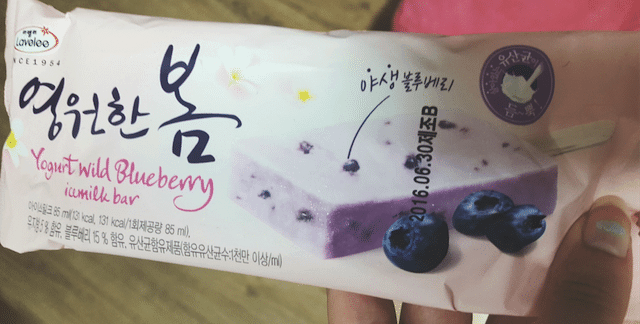 The title says everything you need to know about the flavor and composition of the ice cream bar. While not exactly your traditional popsicle, it’s not as soft as its creamy equivalents either. Health fanatics will love that there are actual dried blueberries in the ice cream bar. Thankfully, it melts slowly, so you won’t have to worry about it melting all over your hands. 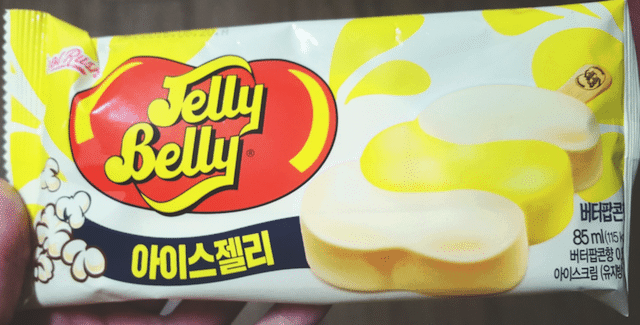 One thing that you can always count on in Korea is that they are continuously innovating when it comes to food, whether it’s dessert or the main meal. This “jelly” ice cream – which really isn’t jelly at all – is no different.

If you hold the Ice Jelly up to your nose, you’ll notice the distinct scent of popcorn. Once you finally have it hit your lips and you’ve taken a bite, you’ll be pleasantly surprised by the soft texture of the ice cream. As you eat it, you may have trouble identifying the flavors, though there is definitely a hint of popcorn in there somewhere. This ice cream is perhaps the most surprisingly tasty entry on this list! 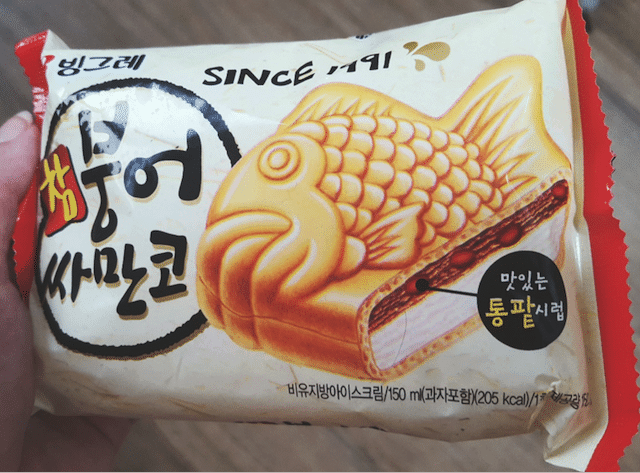 This fish-shaped ice cream sandwich has vanilla ice cream and red bean syrup as its filling. You have perhaps seen the popular fish-shaped red bean treats sold at street vendors all over Korea. Now you can get the ice cream version at any convenience store as well! 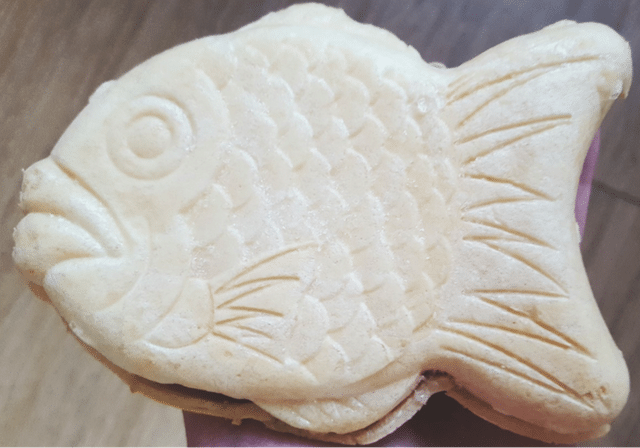 This is the perfect option for those who don’t want to miss out on the trend. It’s a delicious ice cream eating experience, but some might not be big fans of red bean syrup. This is because the flavor of the syrup, with consistency closer to that of jam, doesn’t have a strong taste of red bean in it. 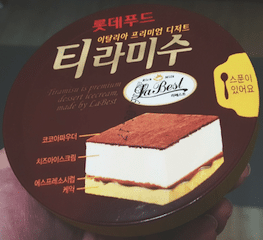 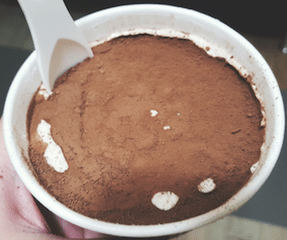 Layered just like any other tiramisu dessert, it’s best eaten with all four parts mixed together. Starting from top, the layers are as follows: Cocoa powder, cheese ice cream, espresso syrup, and cake batter. It’s a tiramisu cake and cheese ice cream coming together to create a magnificent at-home dessert experience. Indeed, for a 2,500won convenience store ice cream, the quality is top notch. Do be careful with the cocoa powder on top, though. Because of its texture, like with any other tiramisu treat, it might sprinkle around.

The top layer is rich in chocolate, but the separate layers of chocolate and mint below are an interesting mix of shaved ice and ice cream. If you are a fan of Korean ‘bingsu’ in general, then you’re likely to find your taste buds matching well with Agmabingsu. However, if you’d rather just eat a more traditionally textured ice cream, then this might not be the dessert for you.

This grape-flavored ice cream treat consisting of small ‘pops’ is the perfect snack on a hot summer day. It’s especially easy to eat for those whose teeth might be sensitive to the coldness of regular ice cream. The bottom half is an orange-flavored popsicle.

Last but not least, a melon-flavored popsicle. You might expect it to be more like flavored ice, but it’s actually rather creamy. Another easy to eat treat to cool down your body with under the sweltering heat!

Now that you’ve been introduced to all these Korean ice cream treats, go on ahead and try them out. Let us know what your personal favorites are in the comments below!