I decided to finally go see the hiking trails behind our hotel and also near The City7. I had heard about how nice the hiking trails are around here, but because I'm not much of a walker, I didn't really think it would be my thing. I did however want to go see the cemeteries, which are located at the base of the hills. In Korea, when their loved ones pass away, they bury them in the hills. There's quite a few cemetery's all over the city. In fact, you can see them on any hill. Most burials have tombstones, but there are others that are un-named and are just a big mound with grass growing over it.

I got my backpack ready- water bottle, camera (I'd have a chance to take some great one handed shots withs my new Samsung) and a light snack. I crossed the road and started walking up the pathway. I was walking through vegetable patches and I could hear the little birds chirping. It was a beautiful hot, sunny day that I even got to wear a T-shirt!!! You've got to understand how exciting I get over this. The temperature here in Korea has not gone over 10 in the last few months and there's something about feeling the sun on your skin again. You feel alive! and re-energised. 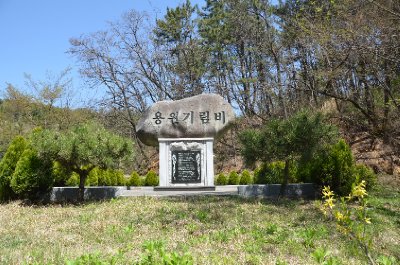 The entrance to the hiking trail 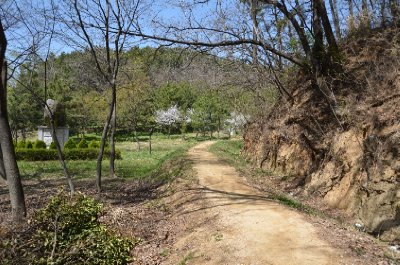 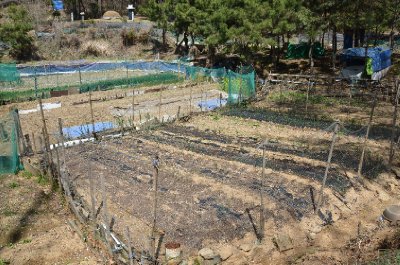 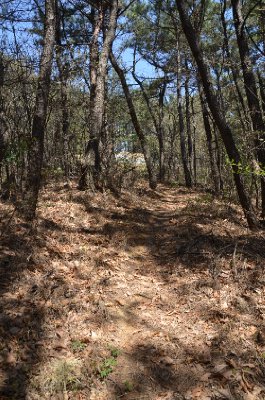 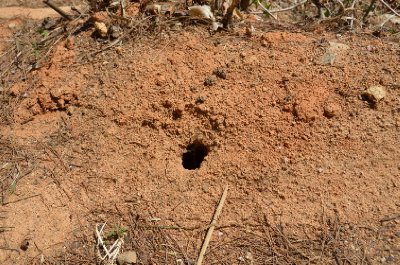 I wonder what lives down here!

The walk started off nicely. It was like going from the city scenery to a rural, farm community.There were little huts, but noone was there. I couldn't see anyone working either. Maybe it was their day off. The pathway went in a circular form, but to get up to the tombstones, which I could see from a distance, you had to get off the track and walk on abit of a dirt track. So I did. I jumped over the small tree trunk that was in the way and hoped that I wouldn't be disturbing any snakes. I don't even know if they have snakes in Korea! By now, the sounds of the city were starting to fade and nature started taking over. I could hear unfamiliar sounds, which, to be honest, made me a little nervy. Here I was in the middle of a forest, getting freaked out by the noises of birds and things walking on the dry leaves... I think I watch way to many horror movies. As I walked along, I thought about my escape route. Hit them with the camera and RUN!!!! hahaha ,but none of that happened. 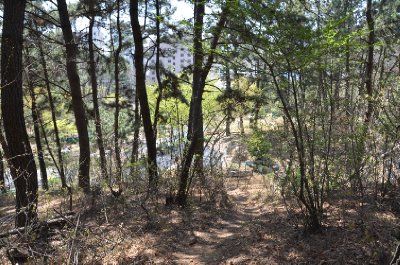 On the way to the top 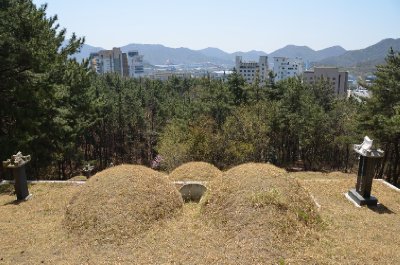 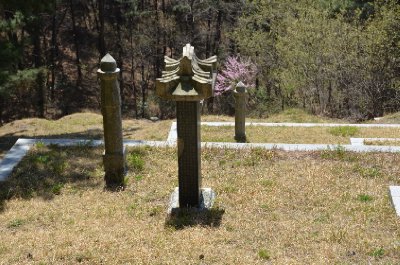 The walk up was very steep but after around 5 minutes I reached the first set of tombstones. They were beautiful and the view from up the top was truly amazing. I didn't want to move as it was so beautiful. I continued on and I was now walking in an upward direction amongst the trees. I could see little sparrow birds flying between the branches and could see things jumping and running on the ground, again between the trees, so it was hard to make out what they were exactly. Maybe they were birds or squirrels. Or Cat leopards. I've heard they have them here. Apparently they are the size, if not, maybe a little bigger than a cat, with leopard prints. 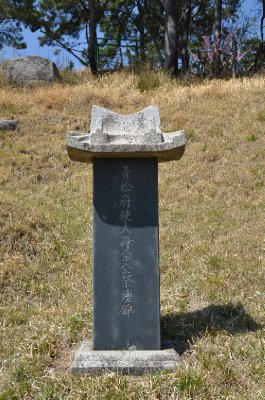 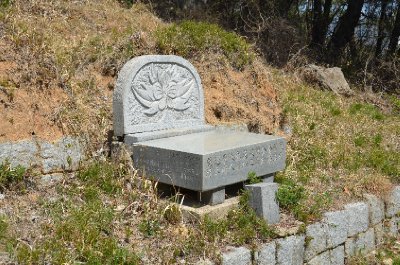 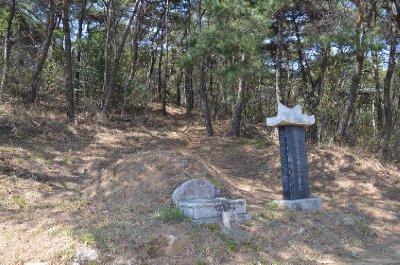 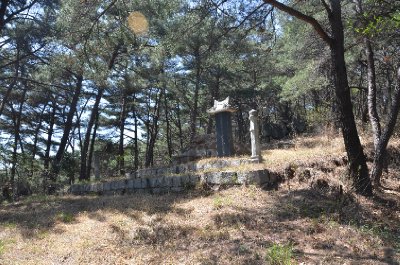 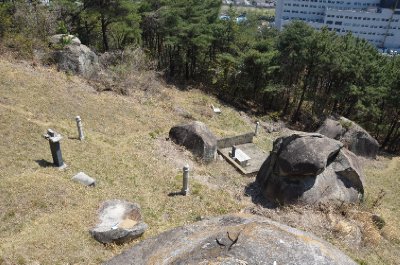 More tombstones on the hills 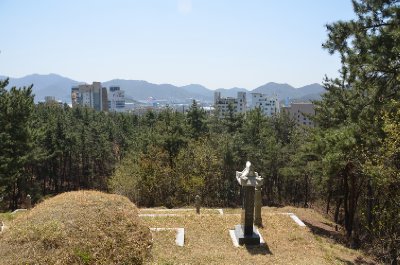 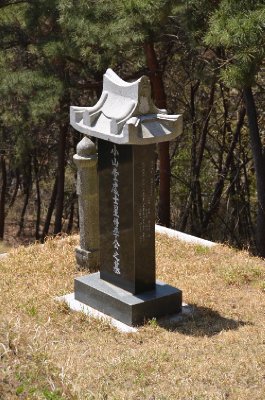 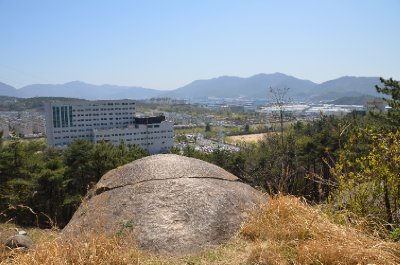 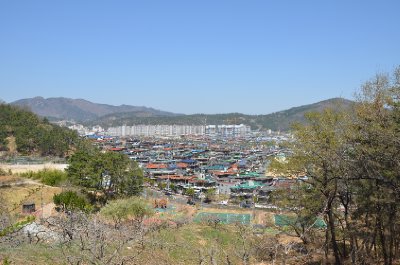 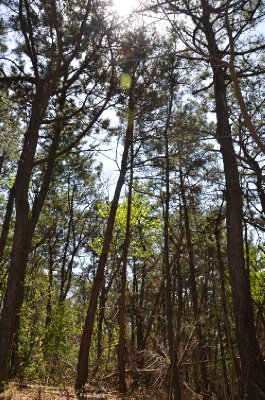 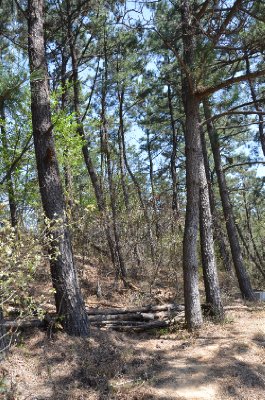 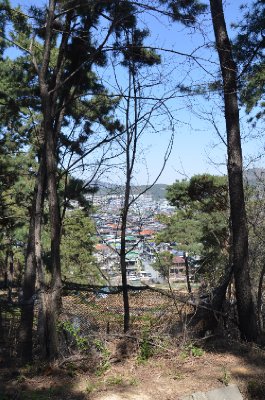 City view from up the top

Eventually I made it to the top. What relief. Now the path went either left or right. I decided to go right and see where it took me. It was very quiet and lonely up there. It had just hit midday and I was getting hungry, so I figured I would walk a little longer until I could find a clearing where I'd be able to sit down and have lunch. Around 15 minutes later I found just that. It was a very picturesque view of the city. I could see The Newcore Outlet store, the Fatima Hospital, The Pullman Hotel and City7. I can just imagine how awesome this sight would be at night, with all the city lights shining brightly. At the clearing, there was also a few exercise machines. There was also a little hut with hula hoops hanging from it and a mirror with a guide on stretches. As I took it all in and settled down for my snack I started seeing more and more people walking. Mainly office workers and groups of women. The hiking up in the mountains must be something they do on their lunch breaks. I thought what a lovely idea. 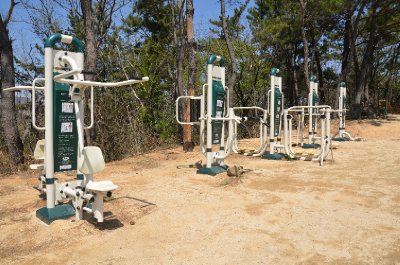 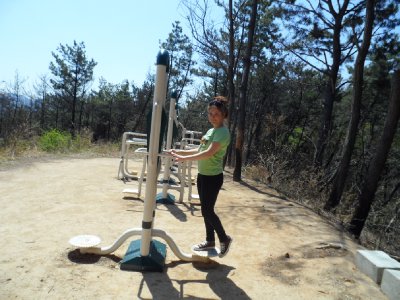 Having a go on the exercise equipment

After lunch I continued on and the pathway started heading down, back onto the road. I went ahead as there were more tombstones and I wanted to have a look at them. It's such a nice walk up there in the mountains. You can be one with nature, yet you are so close to the city. I think Korea is quite lucky to have this so close to them. Back home, I have the Blue Mountains National Park, but I've never gone bush walking there and I probably won't, so I better make the most of hiking while I'm here!

As I started to head back, I found some, what seem to be tennis courts or handball courts. I was surprised to see them. Who would have thought to put sport courts on a hill?! Bizarre.... 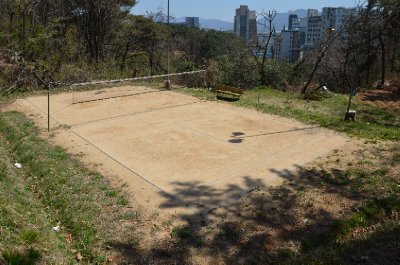 As I walked, I could hear little steps behind me, so every so often I'd stop and quickly turn around to see if someone or something was following me. But I never saw anything. Maybe it was all in my head and I was just making myself scared. But I couldn't shake off the feeling I was being followed. By this stage I could see the road, so I took a moment to just look around my surroundings. As I looked on the ground and up the tree branches, I saw the cutest little face staring right back at me. It was a little Korean Squirrel that had been stalking me. What an absolute cutey. As quietly as I could, I took my camera and focused on him. I managed to take a few photos, but he was so quick, as soon as he saw the camera he started hiding and climbing up the trees. He was a real acrobat and jumped from one branch to the other, until I could no longer see him. 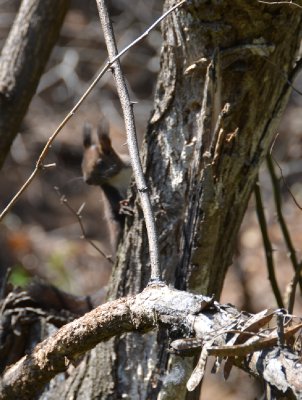 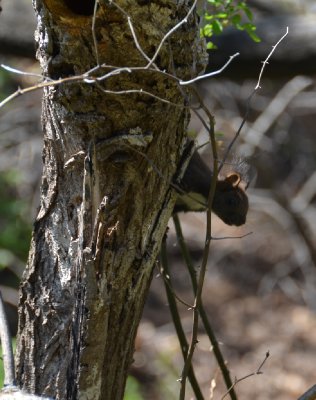 It was such an awesome way to finish my hike. I'll be going back there to see if I can get any more photos of my little friend. 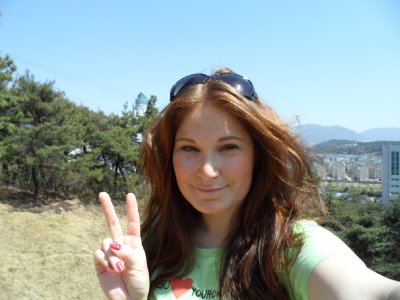 Hiking in Changwon remains copyright of the author Two Otters, a member of the travel community Travellerspoint.