We decided the best way to see this beautiful city was by bus- The hop on/ Hop off Tourist Bus. I love these buses. We have used them on almost every trip and I am all for them. They are inexpensive, easy to get and takes you to all the important venues and city icons that you need and want to know about. 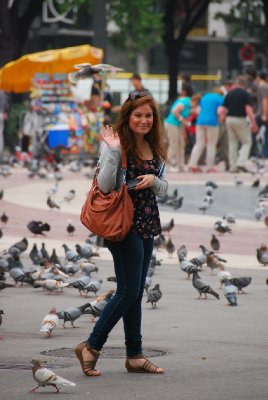 Me and the pigeons at La Plaza Catalunya

We started early and bought our tickets on the bus. We only bought them for one day, which cost us ?23, which I think is really good value. The operator could speak both English and Spanish fluently, which is a major help. Once we purchased our tickets, we went up the stairs to sit in the open rooftop of the double decker bus and take in the views from there. 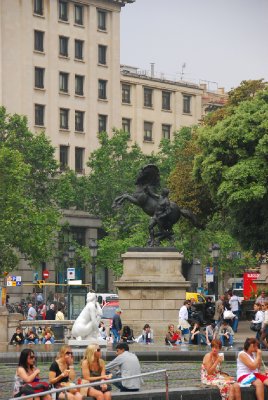 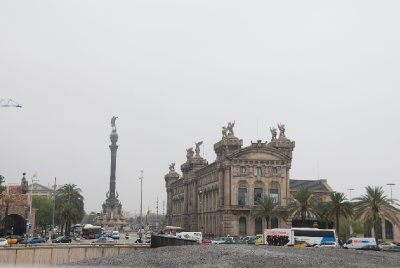 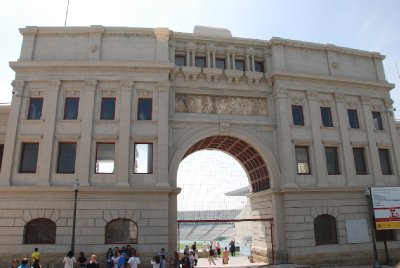 Entrance to the Olympic Stadium 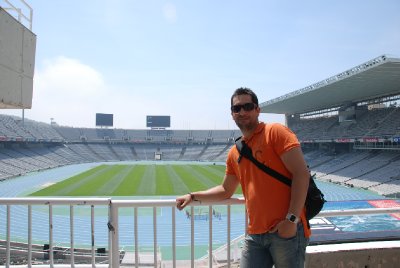 Daniel at the Olympic Stadium 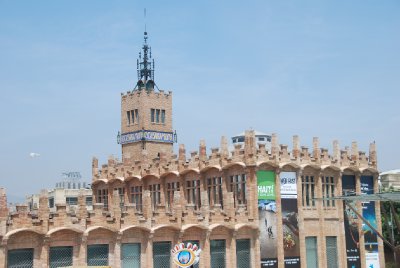 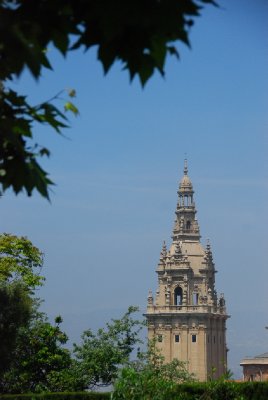 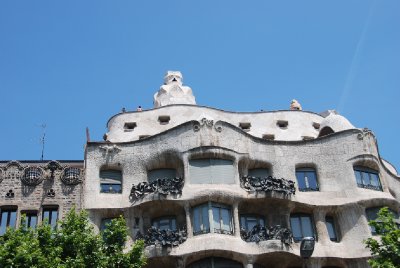 We were now amongst the wonderful architecture and could see the influence of many artists on the buildings of apartments and office blocks. 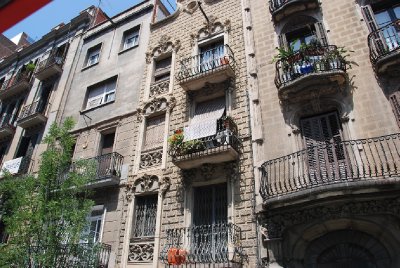 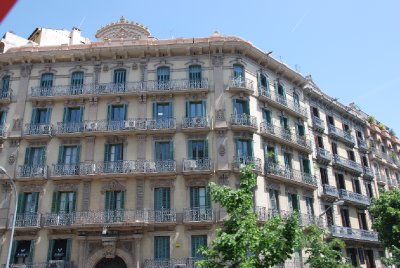 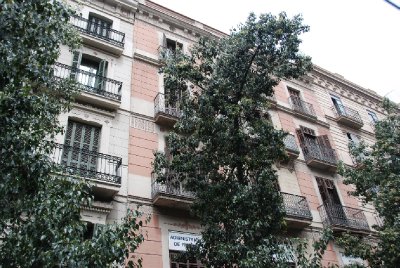 By 2pm, we were long over due for lunch, so back at La Ramblas, we found a small bar and ordered their mix tapas options with a jug each of sangria. 10 minutes later, out came the towering plates of tapas- salmon, tune, cheese, ham, olives, everything! It was so delicious and just what we needed. 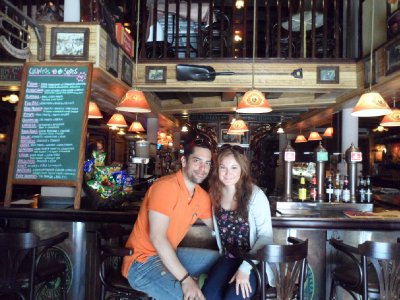 Us at the bar that served us the towering Tapas 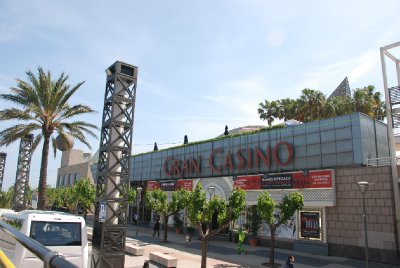 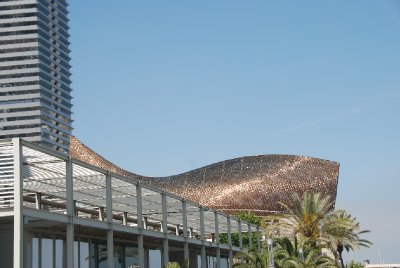 Fish sculpture that glistens in the sun 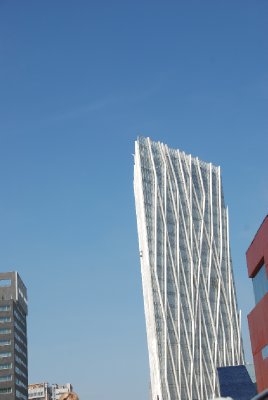 I'm not sure what this building was called, but I love the strong lines in it 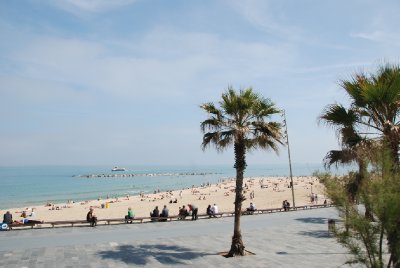 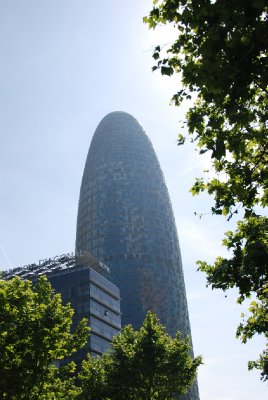 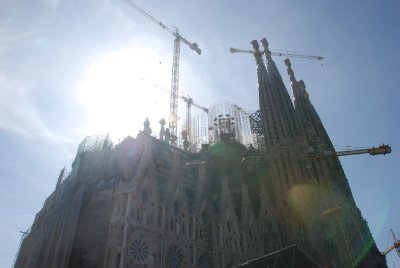 La Sagrada Familia still being renovated.. expected to be completed in 2026 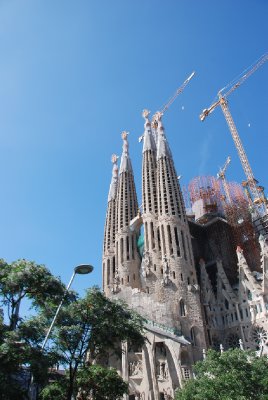 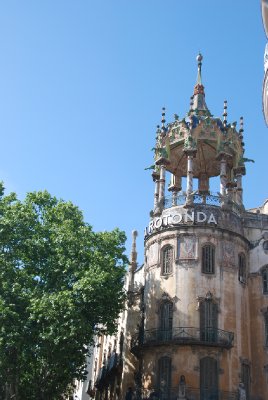 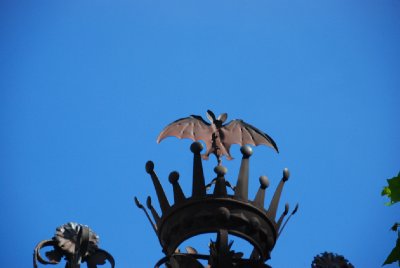 The bats on the light posts

Doing the tourist buses are the easiest way to get around the city. But seeing the sights, even when sitting on a bus, can really take it out of you, then again, it could just be the jetlag. If you have alot of time in one city, I do recommend doing the tourist buses over 2 days, that way, you can take a break and really take your time at the point stops and spread out your time alot more. We would love to do that, but Daniel and I seem to be living a rockstar lifestyle at the moment, so we try and see as much as we can in the week we have to holiday. That way, when we find a country or city we love, we know where we'll want to come back to and spend more time in.

After touring around the city, we want back to the hotel for a welcoming siesta. The sun was still up when we woke up, so we went down to the hotel bar for pre-drinks before we went walking the streets for food, drinks and live entertainment. 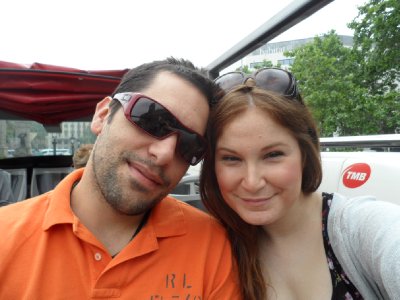 Day 5- Hop on/ Hop off remains copyright of the author Two Otters, a member of the travel community Travellerspoint.