Skip to main content
With my Asia trip fresh in my mind and the year coming to a close, I thought it would be a good time to recommend some of my favourite street food and street food locations of the past year. The list is of course subjective, and I am positive there is alot I missed, so please feel free to chip in with any suggestions of your own! 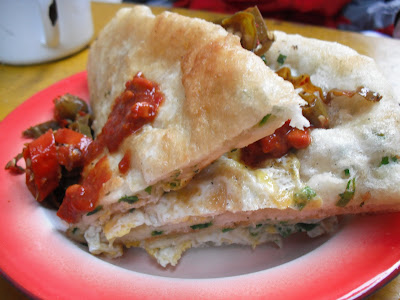 Breakfast vendors often provide some of the best, and most elusive, street food around. Many of these stalls start early and are finished by the time most tourists even consider waking up. We stumbled on Lijiang Baba whilst on an early morning, crowd-beating stroll around the beautiful (but over-touristed) Chinese city of Lijiang. I had to be dragged out of bed that morning, but the combination of fluffy freshly cooked flat bread, egg and the tarty hotness of the chili sauce proved the perfect wake-up call. If you visit, beat the crowds and the bland and overpriced cafe fare for one of the best breakfasts around! 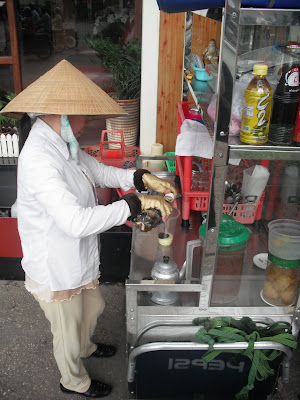 Not something I always consider street food, but Vietnam's Ca Phe Sua Da is one drink that simply can't be missed. Served hot or with ice, this thick Vietnamese coffee with condensed milk is strong, sweet and a great example of the country's appropriation of some its former colonial masters' culinary heritage. Indeed, Ho Chi Minh once worked as a pastry chef under Le Coursier himself! 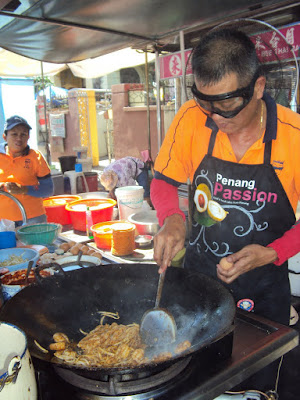 Delving into Penang's street food feels like being a steel ball inside a pinball table. Make sure to bring an appetite as the city bounces you between cultures and vendors with little thought for the constraints of appropriateness or digestion. Three dishes in particular (Char Keow Tay, Hoikkien Mee, and Laksa Assam) should not be missed, but as with anywhere, most of the fun is in pointing, tasting and discovering for yourself. You might want to steer clear of the Oysters though! 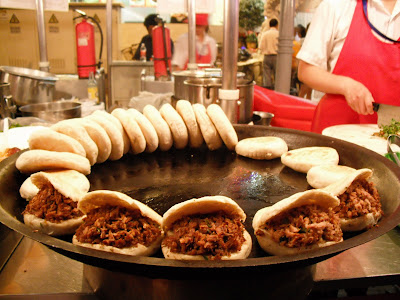 It's a toughie, but for sheer quality and variety I'm going to have to go with China. From grilled lamb kebabs dusted with cumin to intricately flavoured noodles, China's expansive size and myriad of cultures makes for one hell of a street buffet! Places of note include Xi'an (home of the terracotta warriors and a lively Muslim quarter) and Yunnan, in the country's Southwest. Ignore the scorpions on sticks and spend your money on some real food instead. You won't regret it. 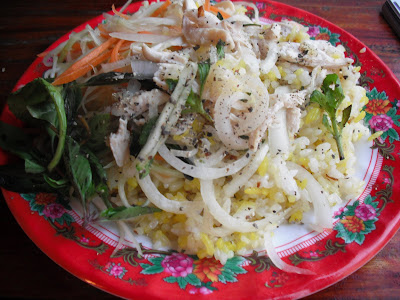 So ubiqitous are rice and noodles in Asia that I decided to give them a categories of their own. On the rice side of things, Vietnam's Com Ga takes the first prize. Rice is cooked in turmeric, chicken stock and coconut milk until fluffy and flavoursome, then mixed with a killer combination of coriander, shredded chicken and chili. Hands down one of the best street dishes ever and one I intend on recreating as soon as I get access to time and a kitchen. 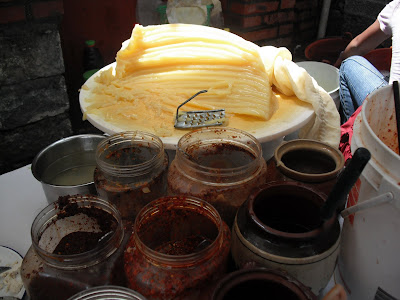 I never did find out the name for this popular Yunnan cold noodle dish but after a while I didn't much care. Many versions exist, but most include raw onions, crushed peanuts and up to a dozen sauces, oils and pastes. Spicy, filling and refreshing at the same time, I've yet to come across anything similar anywhere else. I'm still amazed at how intricately these ladies were able to balance and cajole some combustable flavours into something approaching perfection. A must eat if ever there was one! 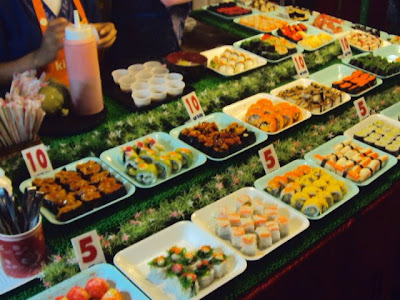 Best Market - Chiang Mai Sunday Night Market
Every Sunday night Chiang Mai's main street shuts to traffic and turns into a celebration of shopping and eating. This market is notable not only for Thai classics but also for the refreshingly international vibe of many of the stalls. In addition to the usual curries and noodles, novelties such as sushi and pie 'n' mash were also on the menu. A great place for a wandering graze, and something that any trip to Chiang Mai should be planned around. The nightly market outside the old town pales woefully in comparison and isn't worth the sole rubber. 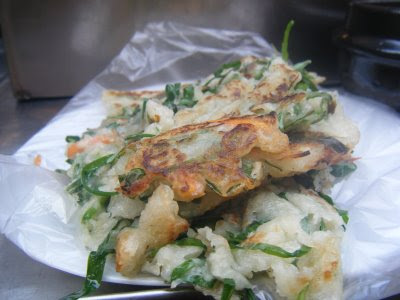 One final mention should go to my past and future home, Korea. I spent 12 months in the Hermit Kingdom and my intial experiences there sparked the idea for this blog. In my opinion, Korea's best street food is Pajeon, a pancake made with flour, chili, spring onion and squid. Pajeon tastes best when eaten huddled around a street cart and dipped in salty soy sauce.