Skip to main content
A doctoral degree really demands your full and undivided attention, if you want to do it properly. Like a newborn child, it penetrates every aspect of your existence, even creeping into your dreams as an uninvited guest. After an extended period of time, it will eventually transform your personality into one probably less sociable and often preoccupied with thoughts other than those relevant for the immediate situation. 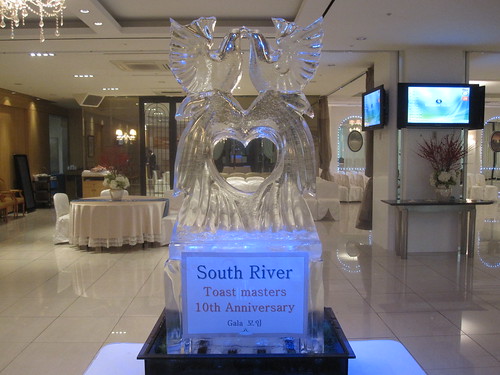 In an effort to counteract my slow transformation into a stereotypical proto-professor, I'm making mild efforts to reclaim the last remaining vestiges of my social skills. Luckily, the Toastmasters are here to help me. Recently, the South River Toastmasters celebrated their 10 year anniversary at Amorzio in the Posco building. 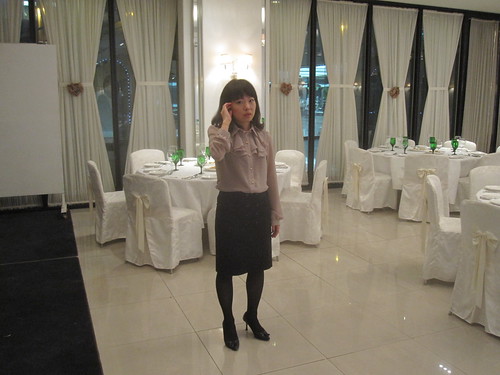 Heather has been an avid enthusiast of the Toastmasters experience since her arrival in Seoul. She's been going to both SRTM and the Neowiz clubs, but unfortunately her new job is starting next week so she'll have to cut back. She just landed a vice branch manager position at a private language academy near our house. 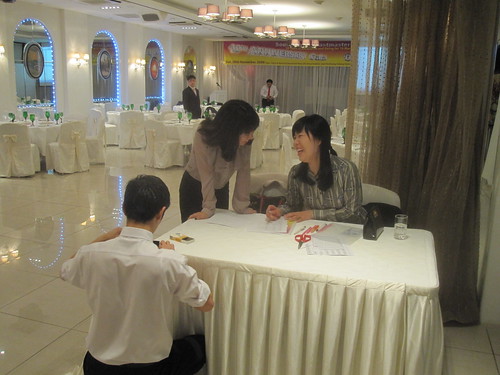 We arrived early on the day because James, Alice, Catherine and I were on the planning committee for the event. It takes a lot just to organise an evening at a nice place, but with the right team members, it all falls into place in the end. 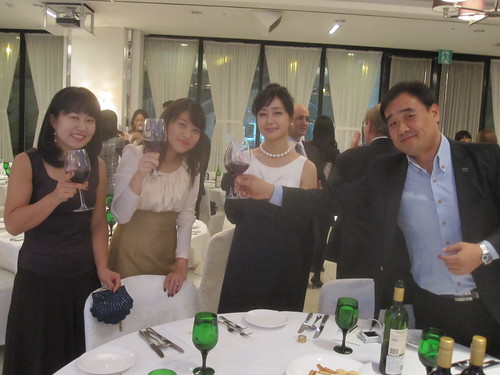 The members and guests of SRTM started rocking up and it wasn't long before the bottles of wine were mysteriously opened. SRTM has a long history with members from all over the world. There are some that only come back to gatherings like this, because they're too busy with their work or families. 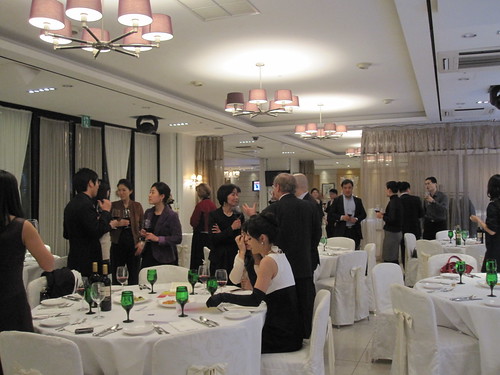 Because we're all about improving our communication skills, a Toastmasters event is probably the single best place in the world to strike up an interesting conversation with someone. 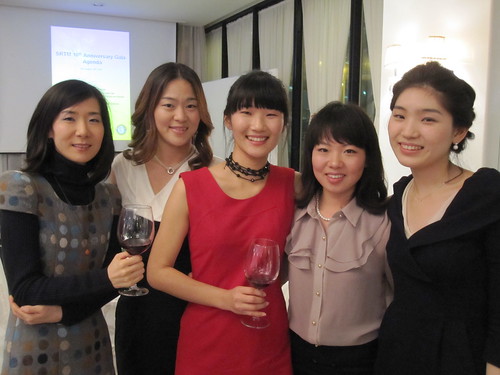 Here's Heather with some of her new SRTM friends. She's been attending so well that she quickly grew out of her old name of Lee's Wife, and people call her Heather now.

I actually preferred Lee's Wife, myself. 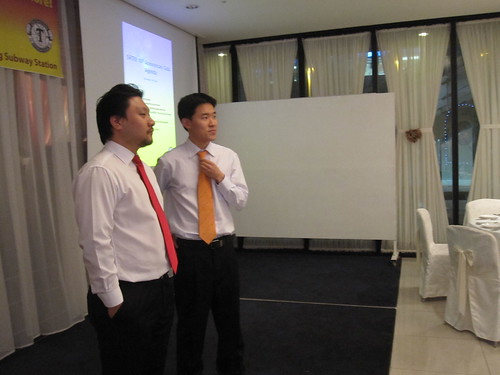 James ran the main part of the agenda for the evening which included messages from past presidents and the club awards. I was the MC and also ran a trivia session called "How well do you know SRTM?"
We gave out bottles of wine as prizes and I think it went fairly well. 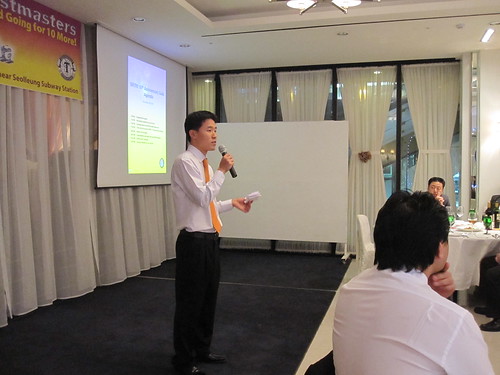 These days I quite like public speaking, but it really is something that you need to keep up the practice with. If you speak on a regular basis, it becomes pretty easy. But because I'm busy, I get in about one speech every seven weeks. So I have to deal with a small but annoying amount of adrenaline. If only my primitive subconscious would realise the pointlessness of the fight-or-flight response in such situations. I believe it is the amygdala that is partially responsible.

Unfortunately a non-removable part of the brain. 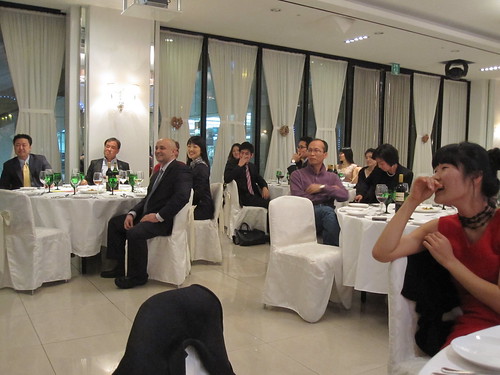 Overall the night was pretty successful and we're looking forward to the next 10 years of SRTM. Thanks go out to the past presidents and officers who sent back congratulatory messages for the event. Hopefully next year I'll have a little more free time to finish my CC award at the club. Wishful thinking, perhaps.