An Open Letter to the Editor(s).

“I’m just saying, take courage. That and pretty much that alone is never the incorrect thing to do.” ― John Jeremiah Sullivan, Pulphead

A weekend magazine is supposed to offer:

A) In- depth features and long-form reporting on the city and the provinces it springs from.

D) All of the above.

I have had two features run in the Phnom Penh Post supplement 7D—Seven Days– Phnom Penh by Cyclo: Issue 162, and, Nouveau riche hit fever pitch: issue 166.  Since then the weekly supplement supplied on Fridays inside the daily Phnom Penh Post has undergone some sort of carnivalesque makeover that can be described as just another marketing tool: a breezy leaflet happily taking seriously its new mission of finding the lowest common denominator in expat tastes.

I was told by a P.Post staffer that marketing research was done and that 7D should produce more women’s stories. That sounds gender biased if not outright sexist, but perhaps I am an expat from a different world. Maybe I’m 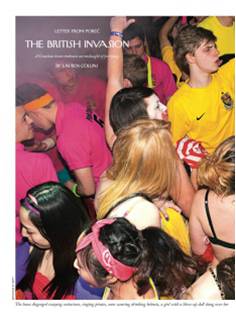 not that in touch with what’s real in Phnom Phen, yet P. Post 7D reads like the product from an undergrad university club formed in the basement. Type in bad British tourists in any search engine and here (I am sure) is the origin of the current species operating at 7D. (For a recent article in The New Yorker about the new breed of British touristsclick here)

7D front covers are now signaling that life and style in Phnom Penh consists of the exquisite grotesques of ladyboys and dominatrix Djs. And when you open the pages the content seems to offer a lick of any glittery ass that might reek of celebrity, of shallow image for consumption. As if the pansexual anime of Phnom Pehn isn’t loose enough and we’re all missing it. Really, it’s almost so bad, such a non-read, it becomes contradictory of its goals by making the reader want to stop thinking about having a good time somewhere in wondrous Phnom Penh and wonder if this place is really a world capital? Or, are we living in just another outpost for perma-tourists and woebegone Caucasians? I don’t possess a crystal ball yet I predict the centerfold to become a regular society page called: “Adult Classified: Who’s Loose in the Penh.”  Or how about even a smart street profile feature. Not like this flip-flops on the pavement piece.  But something more Downton Abbeyish or more local yet: The Society Hags of 272 St. and the Men who Stud Them. And what’s next: two-for-one coupons and free Red Bull at the Toe Sucking Shop? Good grief 7D, good grief.

To own the truth: the images, the layout and even the logo of 7D are no muss and no fuss good. And the other English language free publications here are all about Phnom Penh being a merrymaking spot, tourist and expat friendly and they only offer readers the luster of sex, celebrity and of course coupons. Yet maybe because they have run my work (before the pro-marketers came in) I expect more from 7D. In fact, any reader who pays the least bit of attention to the publication has to wonder about the staff producing it. I conclude that they are not a very committed or talented group. But then again neither is the cast of a reality TV show. Through the grapevine of low and indeed very low hanging fruit I have heard of 7D staffers boofing each other on office desks and celebratory meet ups for snogging under Independence Monument. The cause: a new Sex Column feature in the weekend supplement.  Perhaps the 7D staff is acting out a reality show for twenty-somethings. Stranger things have happened. A group of expats playing at being cultural cognoscenti but all they are really capable of doing is un-classifying their sex lives.  Perhaps for their in-crowd friends and even family at home. I mean everybody wants to be a somebody and apparently if you are on staff at 7D your bad boy or bad girl crescent star is rising.

I have pitched the 7D Editor(s) several magazine feature ideas such as –in order of interest to me:

– A Kayak trip to go looking for the Irrawaddy Dolphin in the Mekong starting at Kratie.

– 24 Hours Straight at the Blackjack Tables in Sihanoukville

– Understanding the fascination with the ‘Korean Beauty Myth’: Do moneyed Cambodians want to look like Koreans and are they investing in plastic surgery to do so.

– A brief interview on the concerns of a cultural attaché at the American Embassy.

The point of listing these is to ask a necessary rhetorical question and that is: Why not be a real magazine and regularly run in-depth features? When I was invited in to the P.Post to go over these ideas, the pitch meetinglasted all of 93 seconds of verbal half-stops and bejawed back and forth, up and down looks  until the don’t call us, we’ll call you handshake and subsequent blow-off.

From the short pile of 7Ds lying on my work desk I go through their automatic-for-the-people direct feature stories and nothing is heady — something is always missing! I have scribbled in my note pad:  NO Clarity, No Edge: All contributors seem distracted/hurried and not in touch with their subject (s) 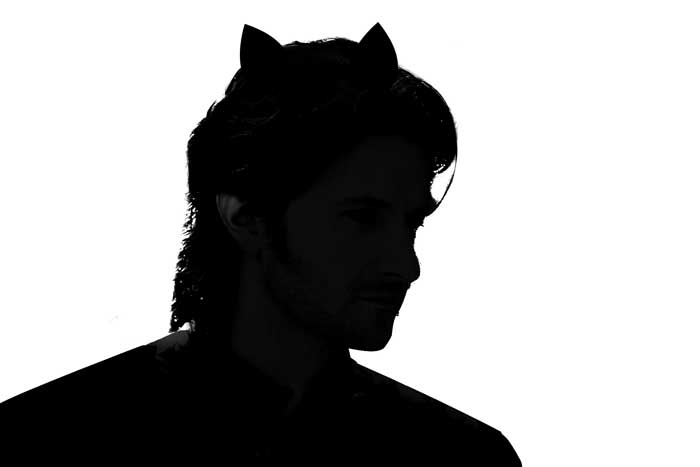 –Grind’r : piece on Gay hook ups at Koh Pic (Diamond Island). Uses an image of American ice cream shop but then abandons it. Gets quotes from a few gay (s)trollers (Khmai) but does not evoke their look or what’s going on around them. No connection with the participants—just that they are gay. Should be a longer piece where the journalist observes more and asks q’s about the quirks of being Khmai gay in Phnom Penh.

–The next Mormon Crusade: Cambodia: Title does not bear out the word “Crusade.” Really weak piece handled with the aplomb of a drive by: “Facebooking the Mormons.”  Contributor didn’t seem to sit down with any “proselytizers” isn’t the intro word elders? No bike rides with the groups/no breaking bread with Khmai Mormons just some facts and figures about the Mormons in Cambodia—Reader comes away with the sound bite that the Mormons are here—auuugh.

–Behind the Wheel of a Rich Man’s Car: Story on luxury cars—Great Idea for a story. Contributors never actually get in the cars with the driver—hey, does that mean the title and the story are ironic? Facts about the amount of luxury cars in Cambodia. Seems to be the facts and figures needed to write a story about luxury driving in Cambodia but not at all a story about Luxury driving in Cambodia. “You have to memorise every hole on every street, so you know what roads you can go fast on,” says Ghotbi. Good quote but we never experience the speed or potholes of Cambodia—I wonder if 7D staffers actually do their stories on the street or from the computer desk?????????????

I don’t see the reason to keep making the same point. Those putting out 7D are not writers, genuine journalists nor even seasoned expats. They are (you don’t have to wait for it)  just scenesters. A shizzle-shizzle crew who probably shouldn’t be running a weekend magazine for a long-running English daily like the Phnom Penh Post.

To finish this piece I stopped into a seemingly new place named Opera Cafe. Near Wat Ounalom, it’s a food and drinks café with live jazz music and opera. Run by Italian Giuseppe with a largely French clientele and staffed by Khmais, at the end of the Friday night we were treated to the nervous voice of prima donna, Ai. That’s short for her full name Aida. She is Giuseppe’s girlfriend and while she sang an Aria from Bizet’s Carmen (my best guess), the co-owner of café Opera came out and placed a plate of bruschetta next to me. He told me he used to be a dentist, now; h

e just bought the club with Giuseppe. I looked at the food and over at the co-owner who seemed to have a very non-winning yet unregenerate smile for a dentist. I waited another minute before taking a piece of bread and then quickly found out that the plate was on order for guests sitting in front of the stage. I apologized to Giuseppe but he just gave an Italian you-only-live-once shrug and tossed away the food bill. When the song was over we all gathered around the attractive corner and Ai blushed. Now even with the verboten music of jazz resuming, it was all, well, charming. I tried to imagine 7D doing a write-up on Café Opera but had to dismiss that. Why not 7D? Perhaps, because it’s jazz music and opera just not the trendy and nihilist mash up beats that the Red Bull crowd goes for. And the crowd is the crowd, but what do I know? I’m a geezer who keeps the Phnom Penh monthly rent money in a Kurt Vonnegut novel. So, editors of the Phnom Penh Post 7D, where’s the Charming City in all of this? Take courage and regain your integrity, look the swill merchants in the eye and throw them away. After all –yowl–) that means You Only Live Once.

If you like this story (or 3WM in general) consider helping support us!