The Last Two Weeks in Korea

1. National
1) Wind of change in North Korea
The sun rose in the west in North Korea last week as Mickey Mouse, Winnie the Pooh have entertained North Korean officials, including Kim Jongun and his seemly wife, at a debut concert for the troupe, Moranbong whose members wore short skirts and revealing dress. Highlights and the theme song from “Rocky IV” were also played. Note Rock IV was Sylvester Stallone against Soviet boxer. Experts said the Swiss-educated young leader has different way of thinking from his late father, and just expressed his desire to improve relationship with the U.S. in the concert filled with American characters. 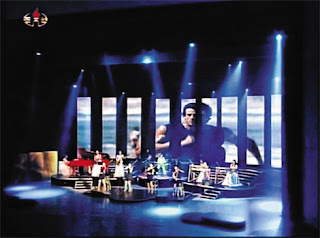 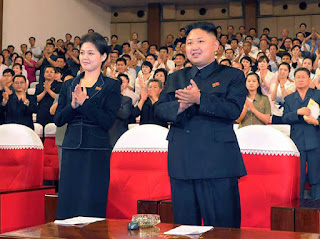 Walt Disney thought its intellectual property rights are no Mickey Mouse game as its spokesman said that nobody in North Korea had asked permission to use its characters. Kim Jong-un may retort that Disney violated his trade mark rights by inventing Winnie the Pooh character after copying his grandpa. (Kim Jon-un is joked as the smallest of three bear family among North Koreans.) 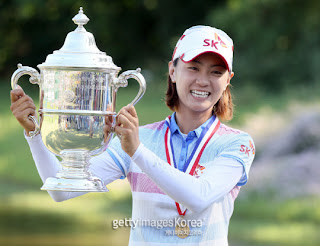 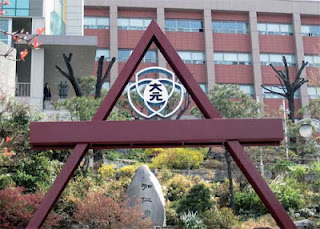 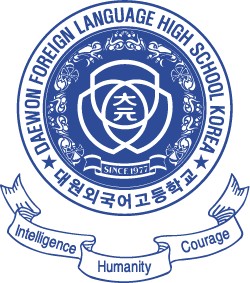 Choi’s win was a celebration for Daewon Foreign Language High School, as it was the school both Choi and Ryu attended. Choi is two years senior to Ryu who was my first son’s classmate. Despite short history with establishment in 1984, Daewon has become a top high school in Korea. It sends the most graduates to Seoul National University (Korean Harvard), and over 100 students to Ivy League or the same level schools in the U.S. every year. Daewon graduates are tiny cats now with its graduates still young, the oldest graduate being only 43 year old, but will become mighty tigers soon, roaming in forests in Korea and overseas in a few years.

3) Handcuff brouhaha in Pyeongtaik
Seven U.S. military policemen got into an argument with three Korean men over parking in front of Osan Airbase in Pyeongtaik, the same place World Hotel is located, and tried them take into the airbase after handcuffing them. Huge criticism came from all over the place, and there was a fear that it might be another “Anti American candle lights” triggered by the death of two Korean girls by a U.S. military tank during an exercise. American authority at that time looked at it as a simple traffic accident, which was right, and made no apology as they had no knowledge of Korean sentiment over death. (Koreans might mourn at the death of a serial killer.)  The commander of U.S. Forces in Korea made a right decision this time by making an apology saying, “I want to express my sincere apology to the individuals and community affected by the incident.” Things have quiet down quiet after the apology. 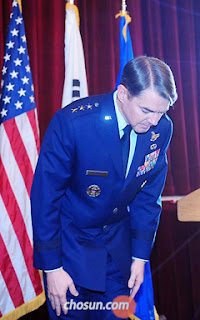 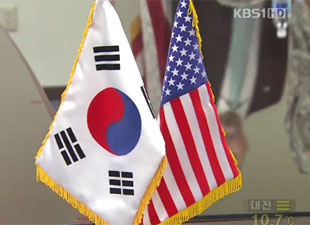 Working in an American company in Korea, I am often caught in the same dilemma. With all the internet and cultural exchange these days, there is clearly a big cultural gap between Korea and the U.S. Can Koreans understand American companies can stop supplying parts if they are not fairly treated?  Can Americans believe two Korean men can slow dance each other at a night club, and they are still straight?

2. Economy
1) SK Group fined for unfair aiding of its affiliate
SK Group, Korea’s 3rd largest conglomerate, got a fine of 30 billion won ($26.3M) for giving work to its affiliate, SK C&C, a system integration company. The seven SK Group companies were found to have paid SK C&C over 1.7 billion won in service fees since 2008, an unusually high amount, to support SK C&C mostly owned by SK Group owner’s family.  The amount was up to 72% more than other companies would pay to other system integration providers.  This was the first time the government has fined a top conglomerate for excessively supporting its sister company. Other big conglomerates, including Samsung and Hyundai, are also criticized for supporting their smaller affiliates owned by group owners, and this unfair practice is turning into a major issue in the presidential election in December. 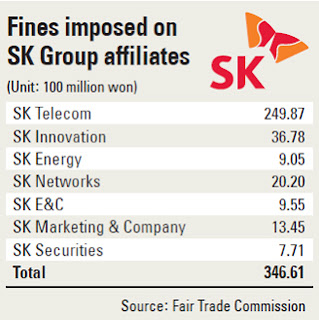 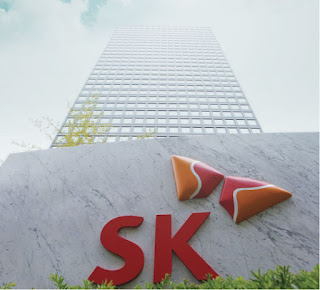 If you have sharp eyes, you will notice the U.S. Open winner Na-yeon Choi is wearing a SK hat. SK’s original name was Sunkyoung. They changed it to SK in mid 1998, as foreigners thought Sunkyoung sounded like Sunk Young. Another Korean company that needs to change its name is Woori Bank, meaning “Our bank” in Korean. Foreigners may worry about depositing their own money in the Woori Bank. 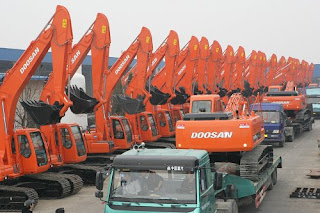 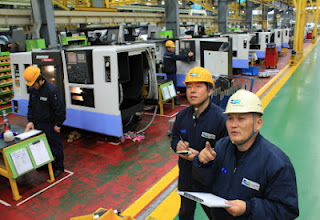 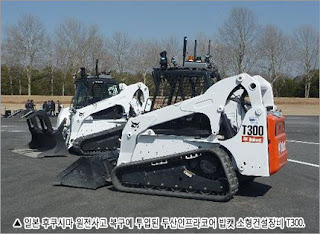 Doosan Infracore has its origin from Chosun Machinery established in 1937 during Japanese colonial days. It changed its name to Daewoo Heavy Industry when Daewoo bought it in 1976, and to Doosan Infracore in 2005 when bought by Doosan Group.  It manufactures construction equipment, machining equipment, and diesel engines. It bought Bobcat in 2007, but got a food poisoning from it as Koreans generally eat dogs, but not cats.  Doosan Infracore began to eat humans. It ate three of Metaldyne Korea’s key employees four years ago, but got no stomach pain so far. Feeling safe, it is now ingesting high number of key engineers from Hyundai’s R&D for various diesel engine developments.

2) Hyundai in strike
Hyundai Union waged a warning strike on Jul 13 and 14 for four hours each shift, the first time in four years. GM Korea and Kumho Tire were also under strike last Tuesday.  Analysts believe the strikes were part of a broader industrial action being organized by the Korean Metal Workers’ union, Korea’s top umbrella union for shipbuilders and automobile companies.  The strike can become a big threat to Korean economy as the auto industry accounted for 13.5% of Korea’s total export for the first half of this year. 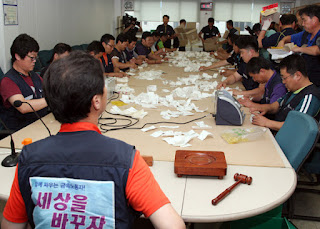 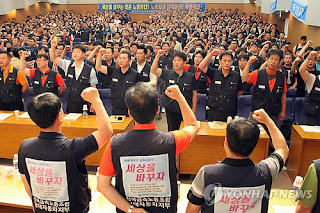 Much criticism is pouring on Hyundai union’s decision to strike as Hyundai employees are the best paid employees among Korean companies. You keep giving more while they keep asking more, much like my wife. You keep buying her Louis Vuitton handbags, she keeps asking for more Prada bags. My wife should run for Hyundai union presidency next time.