Skip to main content
In today's English edition of the Chosun Ilbo, it was reported that Yoon Hye-Rin won actress of the year for the second year running.  Who the heck is Yoon Hye-Rin?  Seen in the "President" in the past year (which I thought was lame), she also played Mishil in the very-popular The Great Queen Seondeok (여왕선떡) a couple of years ago.

You need to be middle-aged, or a Korean drama fanatic (I used to be and downloaded this drama on the internet), in order to know that Ko Hyun-jung was Yoon Hye-Rin in the K-drama classic The Sandglass (모래시계).  A trailblazer, The Sandglass recorded the highest ratings ratings ever, higher than East of Eden, IRIS, Jumong and gasp, even higher than Boys Over Flowers (blech, don't get me started) 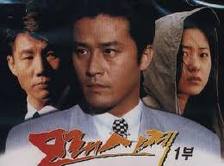 Of course, Ko Hyun-jung is can now be seen almost everywhere in Korean advertisements, after coming out of retirement.  She has won the hearts and souls of Koreans not only for her beauty (formerly a Miss Korea winner), but also for her personal story as the ex-wife of a chaebol executive.

So while Korea is full of 20-something models and actresses, it is interesting to note the continued fame and success of Ms. Ko over such a long time.  Many decades from now, she may be known as one of the original Hallyu (what is Hallyu?) stars.

Pardon the interruption:  the Seoul Gyopo Guide will now return to its normally-scheduled program....