Part 1 Can be read here. Part 3 is coming next week.

–Daddy, please don’t take your shows off ‘cause I know you want to jump.-

There has been a lot of talk and promotion and some debate on modern Korean literature and getting it out to the big wide world. Headline phrases like: now it is time in literature for Korea’s Nobel Prize and Korean novelists capture the New York Times and in a readers’ group (the first and last I will ever go to here) Harry Potter should have had Korean characters because we won the World Cup; are said with toneless lack of irony by both the Korean and foreigner cognoscenti about all matter literary that is rising from the peninsula. 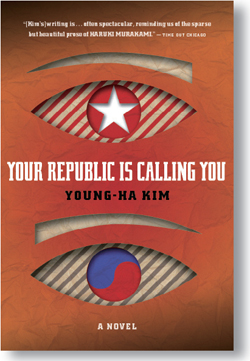 Some of the current boosterism springs from the publication of two fairly recent novels. Yung Ha Kim’s “Your Republic is Calling You,” and Kyung-sook Shin’s, “Please Look After Mom.”  I have picked up each book and scanned through looking to get a feel for first the language and the attention to detail it pays then next for the inner-tension between the characters–which I need to keep reading fiction.  As a high-school English teacher, I give the black box which is mentioned about 20 times in Shirley Jackson’s “The Lottery” as an example of a detail, and what leads to Holden Caulfield and Stradlater’s punch-up  about 45 pages into Salinger’s “The Catcher in the Rye” for some psychological tension. These two reads are for sure not on any heavy weight lit-crit reading list but just as a base for a good read they work for me.

Rather than explain why I enjoyed or didn’t enjoy reading as much as I could of the two modern Korean novelists mentioned above, better to put what I can of the work in your lap so can you can draw your own conclusions. An excerpt of “Please look After Mom”, as well as the controversial review on NPR by Maureen Corrigan is here: “Your Republic is Calling You” is reviewed from here on the peninsula by Korean Modern Literature in Translation.

What I need to un-constipate myself about is what is the terrain for fertile literature and in modern Korea does that terrain exist? A few years ago a friend, MinJu, of marrying age yet living the artist life in the student entertainment district of Hongdae, went on a long jag to me how she was depressed because, “I have to write a novel.” She was even getting paid to do that and then she further explained how she wanted to write about  something that she had a sensibility for yet was not really sure of. Her eyes never met the plane of the coffee table as she told how the Korean publishing industry had fastened all of her requests to the seams of the traditional Korean Hanbok. Maybe it was because of her age and the fact she came from an affluent family from Daegu who often worried about their artistic daughter’s well being in Seoul, but the Korean forces of culture production (MinJu told me her two editors were both married females) kept tacking her plot ide

as to the seams on the wedding garment. Her novel had to be about the traditional Asian Lotus Bride under the duress of a Korean woman finding the best husband.  At the table MinJu never touched her latte and wouldn’t accept writing for the dominant cliché. She saw no art to that. Perhaps not for nothing her favorite American writer was Flannery O’Connor. She would always go to “Our Youth” Catholic Mass on Sunday and occasionally drag me along to hang out in the back while she sat in the first 10 pews where all of the marrying-age singles would bobble-head through the service and keep checking each other out.  MinJu had already backed out of the book deal, returned the advance and was involved with starting a café when I sent her this quote, “You may say that the serious writer doesn’t have to worry about the tired reader, but he does, because they are all tired. One old lady who wants her heart lifted up wouldn’t be so bad, but you multiply her two-hundred and fifty thousand times and what you get is a book club.” Flannery O’Connor

In a perfect world marketing should come last in any kind of art/culture movement. But suppose it came first? It wouldn’t surprise me that whoever is behind the pinwheel of spinning out the virtues of Korean Literature, is just one move away from starting to market Korean cultural six packs abroad. I like the working concept: When you buy a Korean novel or film included is, ‘The six paths to Kortopia’: 1. A coupon bonanza for plastic surgery 2. A unisex fragrance with the new international appeal—Ode to Kimchi. 3. Little blow up androgynous dolls (both the erotic and platonic versions). 4. A pack of Korean Fortune telling cards (minus the gloomy ones) 5. A smart phone app that is updated every time a new Korean drama or pop song becomes a best seller. 6. A pack of plain white envelops to personally enlarge and help speed up the bureaucracy while we are all on the glide-path to dystopia.  Who wouldn’t want to get in on the action and get a piece of that? How would that be as an extra thrown in for Korean literature book clubs? I am culture baiting here and enjoy being a little comic-novelty ridiculous yet there is something gruesome about the attempt to make sure that a young would-be writer would have to follow some sort of map in order to get her novel published and worse than that to follow the publishers story lines while trying to write it.

From the coteries of dedicated academic and media types on the peninsula who construct the trope that all Korean culture is great culture, I’ve come to discover that the point to becoming an academic or media type is to avoid the others. Those who are not and could not become academics or cultural game changers. The un-chic standing in line to take the city bus away from the green circle line #2. Or the others living in LA and taking the bus five times a day. Those who didn’t grow as tall as they should be, or get into the preferred schools. The problem here is how very often it is the others: outcast and unprincipled and the matter of fact doomed that both inspire and move the plot forward in honest literature. I know my teenage students (and I treat them all as readers in the classroom) have had their perceptions expanded by: a man who accidently kills his father and sleeps with his mother, a teenage boy who unexpectantly quits his job at a supermarket, a community college bound high school senior who is fated to become a murdered organ donor and, of course, a company man who one day wakes up and discovers that he is a bug.

Do sordid characters made wondrous by great writing exist in modern Korean Literature? I suppose they do, but my point is when making the rounds and surveying the Korean print/screen media, ginning up passion and talk of greatness and international literary ascendancy through best sellers is the way the keepers of the culture gates go about their business and it is a 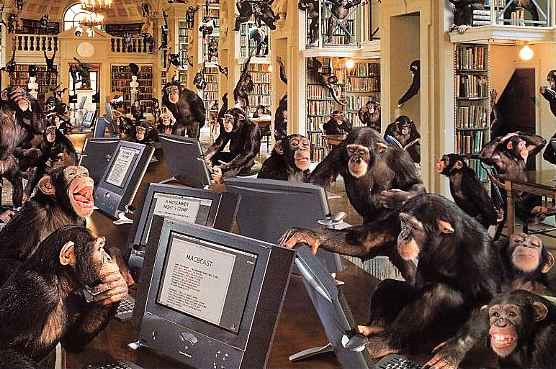 business. I suppose we shouldn’t expect much else. You know what Holden said, “Goddam phonies.”

Yet very surprisingly sometimes it seems like there is some sort Acoustic Shadow being cast here on the peninsula. Like those closest to the battle don’t always hear the fighting. I am talking about the Korean Americans who are back over after landing in Elite American universities and now find themselves tipped in favor for Asian Fulbright scholarships or at interesting positions at major Korean media outlets. Instead of supporting and organizing something ( and I don’t mean a scenester flashmob in Hongdae) for Korea’s talented and yes perhaps, non-conformist, would be artists, or getting into it with their producers and editors and demand more honest attention and coverage to thorny issues, well, they just seem to happily court the machine. Promote a fluffy Korea on KBS or proudly claim publishing cred on  CNN.go. I guess their understanding is complete. Completed by an Irishman in fact. Yeats.

Turning and turning in the widening gyre
The falcon cannot hear the falconer;
Things fall apart; the centre cannot hold;
Mere anarchy is loosed upon the world,
The blood-dimmed tide is loosed, and everywhere
The ceremony of innocence is drowned;
The best lack all conviction, while the worst
Are full of passionate intensity.

Surely some revelation is at hand;
Surely the Second Coming is at hand.
The Second Coming! Hardly are those words out
When a vast image out of Spiritus Mundi
Troubles my sight: a waste of desert sand;
A shape with lion body and the head of a man,
A gaze blank and pitiless as the sun,
Is moving its slow thighs, while all about it
Wind shadows of the indignant desert birds.

The darkness drops again but now I know
That twenty centuries of stony sleep
Were vexed to nightmare by a rocking cradle,
And what rough beast, its hour come round at last,
Slouches towards Bethlehem to be born?

Part III of  “(What’s so Funny ‘bout)  Peace, Gyopo Love and Literary Understanding?” is titled, “Daddy, please don’t take your shoes off ‘cause I know you want to jump.” Coming soon only on 3WM.
Note: There is a print link embedded within this post, please visit this post to print it.