I'm off to see the pups today, as It's been a few weeks since I've been. I'm eager to clip some dreadlocks too!

I had to get there by means of public transport today. I was abit freaked out by the idea of catching a bus and not really knowing where I was going, but I figured if I follow the instructions that Ruth gave me, then I should be right. Worse comes to worse, I'll jump in a cab and come back home. The idea was to catch a bus from the Changwon Bus Terminal, which is just across the road from me. From there, I would buy a ticket to Gimhae. The bus ride would take about 30- 40 minutes and take me to the Gimhae Bus Terminal. Once there, I have to show the cab driver a note that I will write on it-

which means- Intersection. Then Leo, would come pick me up and we'll go to the shelter.

Sounds like one hell of an adventure! Daniel said he'd give me a call around 2pm to make sure I was ok and so with that in mind, I grabbed my backpack, packed some snacks and off I went. Buying the ticket was easy and only cost me W3000 ($3.00) The buses come around every 15 minutes. The bus to Gimhae was quite empty and soon enough, I found myself in Gimhae. 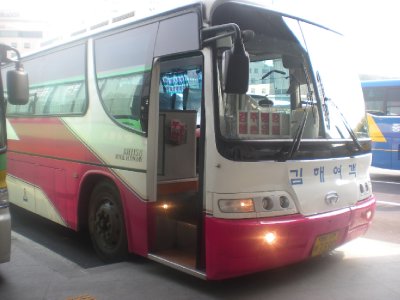 my bus to Gimhae!

I had never been to this station before, so I just took a minute to look around. I make this a habit because If I ever find myself in trouble, if I can locate a building or a statue, then atleast that will help me work out where I am. I found the taxi rank and got into a cab. I showed the driver my piece of paper with intersection written on it and he nodded. Good I thought. He understands. As the cab pulled out we did a U-turn and passed a couple of cages with chickens and ducks in them. Next to them were cages with dogs in them- Mainly Jindo dogs, Korea's National Dog. I caught the sad eyes of one of the pups and it startled me. I realised what I just saw. A meat market. I had never seen one of these before, although I'd been told about them. It's a horrible sight, especially knowing what they do there. I don't really want to go into the detail, but if you would like to know more about it, please ask me.

We soon reached the intersection and I walked over to our meeting spot. I got here pretty damn early, so I played the waiting game. I also read my Korean Phrase book, although I'm bad at memorising anything and so I don't remember anything. Next time I come here, I'll remember to bring my book. About half an hour passed and another girl joined me. She too was waiting for Leo to pick her up. We started chatting and she was teaching primary school kids here in South Korea. She and her boyfriend plan to live here another 2 years to save money and then eventually move to the UK with their two adopted Korean pups, which they rescued from the shelter.

We soon arrived at the shelter and today I was going to clip some dogs! Alot of the pups that come into the care of the shelter are rescued off the streets and a lot of the time, they are in bad health and their fur is in a really awful state. So with the weather warming up, I'm going to clip around their tummy's and bums, and get rid of any knots to make life for them more comfortable. The majority of the pups here are around a year old, small breeds with long fur. We have a couple of bigger breed dogs, but they are not as common. 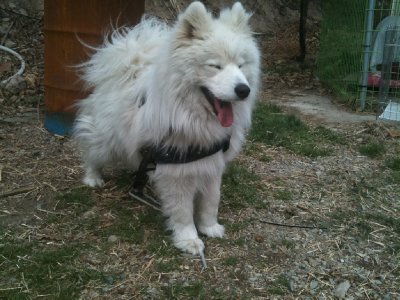 I love this photo of Casper! His little squinty eyes.... haha 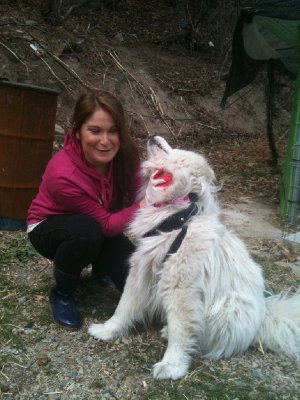 I spent about 2 hours clipping hair. I love doing. I love seeing how happy they are after a hair cut. They give themselves an invigorating shake and rub their cute little faces against your hands as if to be relieved they can move more comfortably without having knots pulling on their skin and leaving it all sore. It's just sad to think how these lovely, well behaved dogs end up like this. But in saying that, it's great having shelters like BAPS to give the pups the opportunity at a second chance. Also, well done to the volunteers, who help out with such a cause. 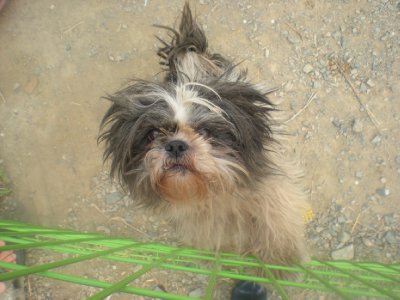 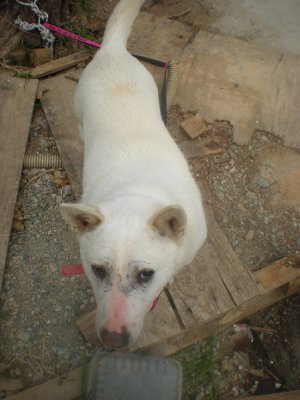 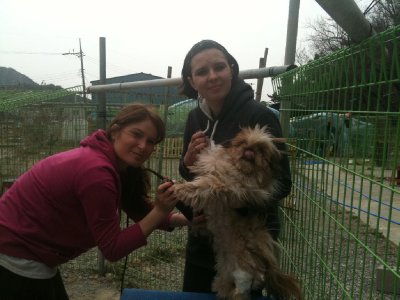 It was now 2pm and right on time, Daniel rang me on the mobile. Although I don't have credit, he is still able to call me. Plus I carry it with me because it has a clock on it. Time gets away from you so easily here. I was given a lift back to the intersection and caught a cab back to the bus terminal. I bought my ticket back to Changwon and waiting for my bus to arrive...

Daniel sent me a message telling me we would be going out to dinner tonight to celebrate Darren's and Terry's Birthdays (Darren and Terry work with Daniel) I got all excited as we were going out to a crab restaurant and then to a bar for some drinking, followed by a night of dancing at the rave clubs- Awesome!!!

Daniel soon arrived home and we started getting ready, We caught a cab over the the Crab Restaurant in Neon City (unfortunately I don't know the name of it), where we would meet Jenny, Neil, Darren, Terry and Ian. When we arrived, we had to take our shoes off and the host took us to a private room, where everyone was already waiting for us. 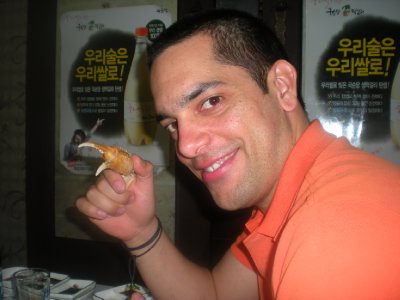 We were served an entree of sushi, sea slugs, vegetables and tempura. The main meal of snow crabs soon arrived and there was plenty of it! The crab was so delicious and the shell was so easy and soft to crack. The Hite beer flowed and we ate until we couldn't eat no more. Our spirits were high and once we finished eating dinner, we decided to continue the festivities at the Mujur Restaurant and Bar in Changwon. 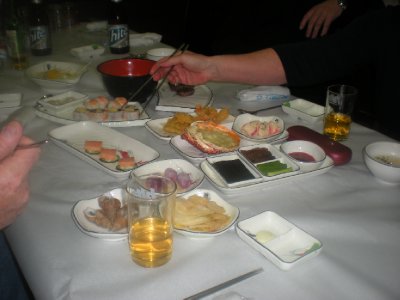 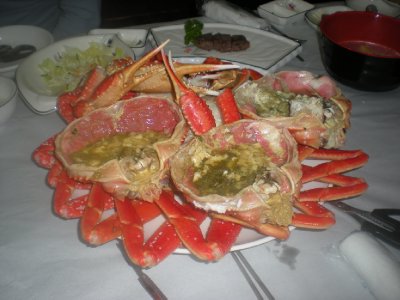 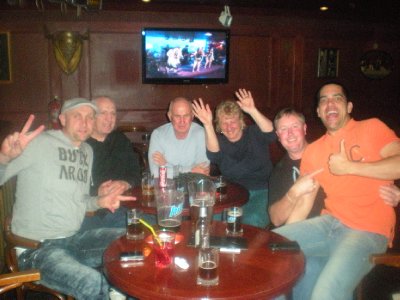 the gang at Mujur Bar! 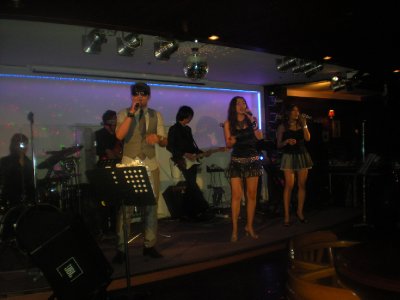 The Mujur is a great Bar! It has a live local band called 'The Fused Band' and they played all the best, well known cover songs, and requests. They sang happy birthday to both Darren and Terry and to Andy. Andy was there with a group of school teachers. We don't know who Andy is. Must've been the night to celebrate birthdays! We continued to drink, and sing-a-long. We were having alot of fun , but at 12.30am, we started wrapping it up and started making our way to the clubs. Jenny and Neil called it a night, so they walked home. We caught a cab to the other side of town where the clubs are. The first club we hit was called Echo mansion. It was a ravers paradise. The hosts and bartenders were dressed as doctors and nurses and there were photographers dressed as crazed patients. The music was pumping and the lasers lights were awesome. We stayed about an hour, and from there continued the raving party at the Cocoon Club. 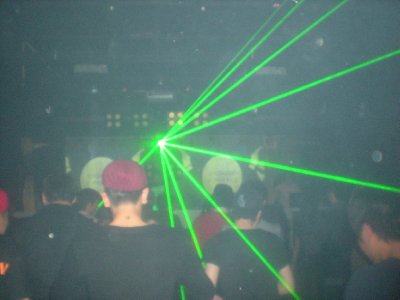 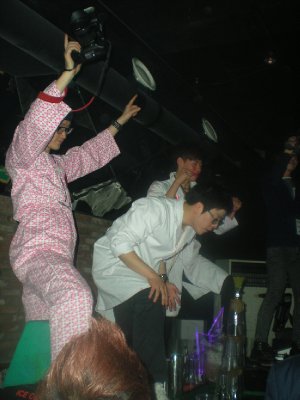 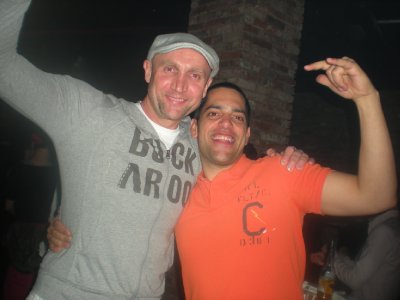 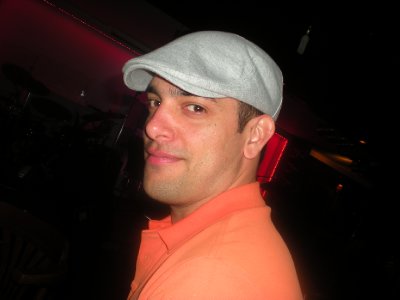 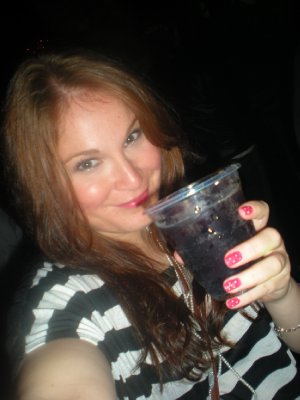 Terry and Ian had left at this stage, so it was just the three of us, Darren, Daniel and myself. I was getting tired and my feet were all partied out. It was time to start heading home, so after a while at Cocoon, Daniel and I said Goodbye to Darren and went to catch a cab home. It was sprinkling in Korea. This was the second time it had 'rained' in Korea.

The next day, we found out Darren didn't get home until 7am. I don't know how he does it! 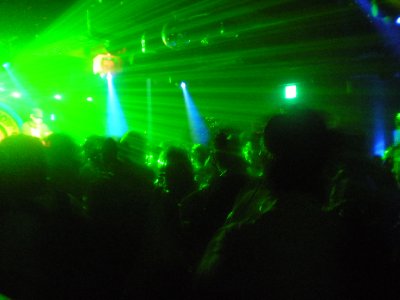 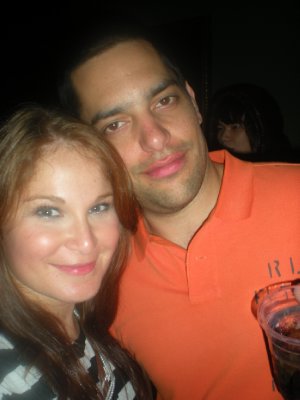 Volunteer Day and Birthday Celebrations! remains copyright of the author Two Otters, a member of the travel community Travellerspoint.