I love my Tio Lucho. Today he is taking us to the base of Volcan Villarrica. This amazing Volcano is one of Chile's most active volcanos. You can tell by the smoke coming out of it from my photo- See it?!?! Lol 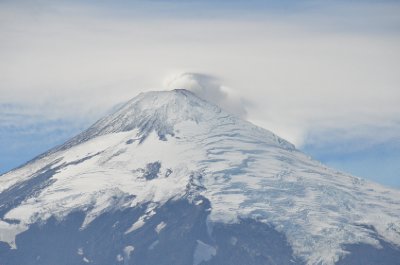 Volcan Villarrica, Quetrupillan and the Chilean portion of Lanin (Argentina own the other half) are protected by the Villarrica National Park. Villarrica is one of only five volcanoes worldwide known to have an active lava lake within its crater. The upper part of Villarrica is permanently covered by snow and has some 40 km2 of glaciers.

Villarrica is one of the world's most climbed stratovolcanoes. Guided hikes to the crater are offered from the town of Pucón by several tour companies, but tours may be suspended due to cloudiness and in periods of increased volcanic activity. Helicopter sightseeing services offer flights over the crater as well. In the winter (July-September) a ski resort operates on the northern slopes.

Villarrica has erupted in the past. The last two weeks of February in 1964, the volcano was producing small but violent lava effusions followed by temblors. On March 1st at 2.45am Volcan Villarrica erupted.

The dwellers of Coñaripe, a wood-logger town, woke up in the night and fled to the surroundings hills while it was raining after hearing strong noises and temblors. The small town of Coñaripe, which, back then was located on the northwestern shores of Calafquén Lake, had about half of its buildings destroyed and was later reconstructed further east. The proof of this event can still be seen today, as you can drive past the area of the lava flow site- lots of great photo opportunities. 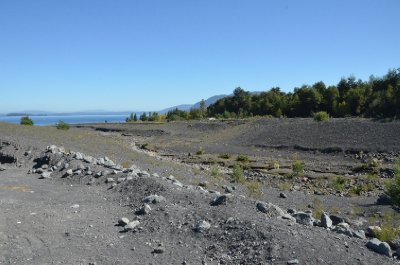 Where the lava passed through...

There are two different ways to get to Volcan Villarrica- Pucon way or Coñaripe way. We opted to go the Pucon way. Along the way to Pucon, as I mentioned earlier in another post, there are many many spa/ hot spring resorts and camping sites. The start of the road that leads you upto the Volcano is very curvy and can be dangerous, especially during the winter season. A wet and slippery, narrow road, can mean you can easily slide off the edge, so The Villarrica National Park will usually close access to the park if they deem it to be a danger to the public. 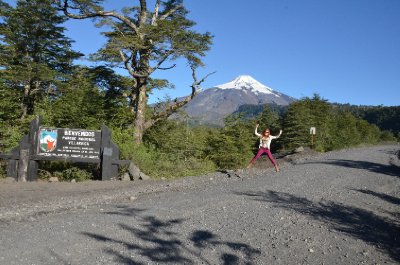 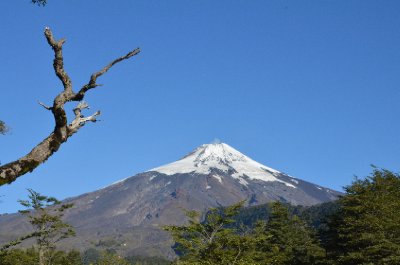 It took us roughly an hour to reach the first base. This is where the ski resorts operates from and although there is currently no snow, there's a big cliff that has no safety bar- So I have no idea how they block this off safely so that cars don't accidently just role off!!!

The Volcano looks fantastically amazing up here. Being so close, you can truly appreciate the true beauty of this big giant crater hill. The sand in the area is volcanic and my Tio showed me the difference between a regular, everyday rock to the very light, bubbly looking volcanic rock. Looks like something that belongs on Mars. 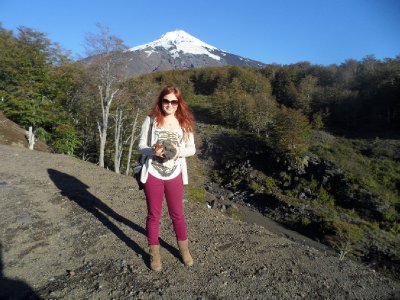 Me and my stash of Volcanic rocks muwahahahaa!!!

My cousin, My Tio's son, Pato, 22, climbed this Volcano last year with his P.E class. He reached the top of the crater and actually took a photo of the inside and posted it on his Facebook wall. Not only am I impressed he made it up there, but the reception is great!!!
Pato, a very brave man, who has inspired me to conquer it one day. Or atleast come very close to it. I told him and his sister to atleast give me a year to prepare myself. The guided climb takes about 9 hours to complete, which means a very early start. I believe Pato and his group started at 3.30am and climbed it in Autumn, when there is already a large quantity of snow amounting on the mountain

We spent a good hour just staring at it. I also took the opportunity to see the ski field map. I'm pretty keen for Daniel and I to give it ago sometime. It's a long way to the top and the slopes look so smooth to ride... Apart from skiing, other tourist activities on and around the volcano include: hiking, rafting, visiting the hot springs, horse riding, fly fishing and exploring the volcanic caves. 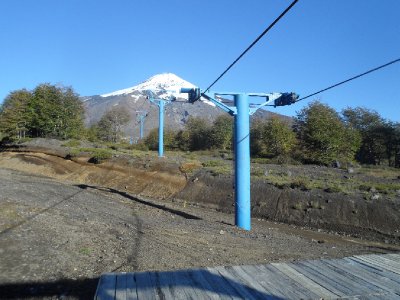 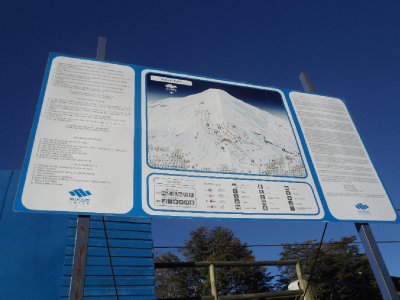 Map of the slopes 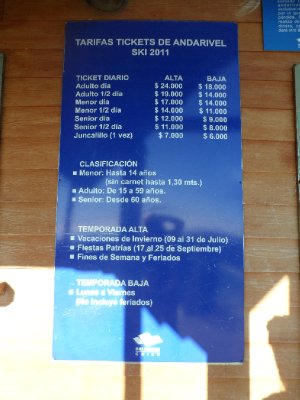 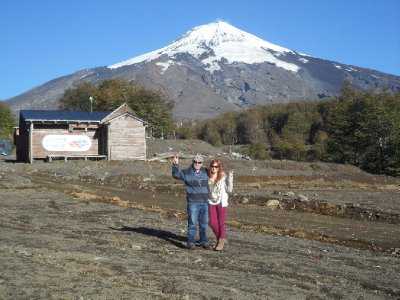 Dad and I at the Base

If you are wanting to visit Pucon, depending on the activities you want to do, to plan and book we'll in advance and this tourist town in Chile's South is very popular with both Chilean and international tourists 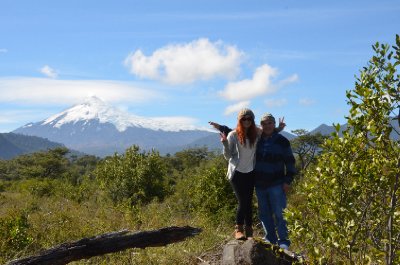 Us and Volcan Villarrica