One of my most beloved things about the summer is not just that you can walk outside without having to put on a bundle of clothing, but that Korea offers up a great summer treat. I am talking about patbingsu, which is a icey mix of fruits, candies and tteok. There is a standard way to make it with the basic ingredients, however, like coffee in this country, patbingsu is also a competitive item on the menu.

Therefore, just in any neighborhood you can find different versions of this cool treat depending on what shop you stop at. The most popular place to get a fancy patbingsu is at coffeeshops, who will mix them up with ice-cream or espresso. There are also smaller shops that will make them and sometimes you can find them at random restaurants.

This summer I am looking for the must scrumptious patbingsu I can find. My favorite kind of patbingsu is one that uses fresh fruits, has those tteok candies in them and something creative added to it. I am not really the mixing kind of patbingsu eater, rather I like to eat away at the toppings and the icey layers before giving it a good mix up.

Last weekend, I started this journey by seeing what patbingsu I could find at the local coffee shops in my neighborhood (Nowon). There was one coffee shop tucked inside the Lotte Department store that had a patbingsu on the menu that looked pretty good. But the cafe was small, crowded and the line was long.

So we moved on and left the Department store only to come outside and see a Pascucci cafe. Looking at their menu it appeared they had no patbingsu availaibe. We pressed on and found the Twosome Place, where they had an icier version of this sweet dish. 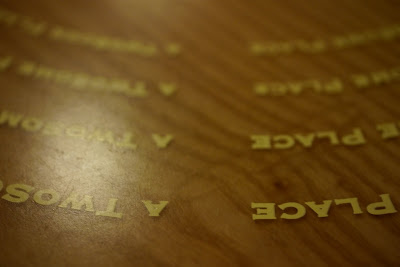 I believe it was called the "Berry Ice Flakes" and we ordered it without the ice-cream. I have to say as a knock-off of patbingsu, this one went totally off the beaten path. It was basically ice, milk and frozen strawberries and juice on top. 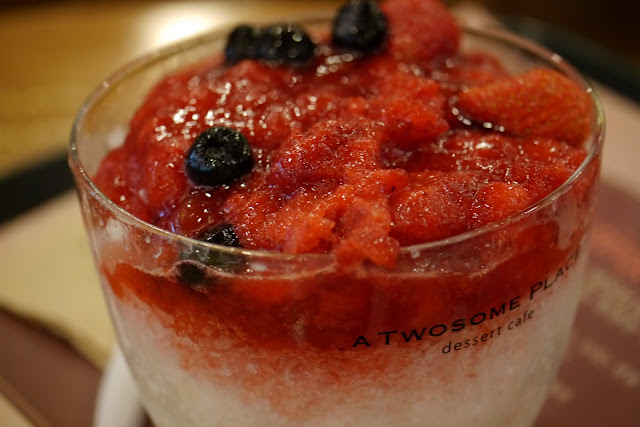 It was pretty tasty and cooling to eat, but as a satisfying patbingsu? Well it didn't come anywhere close to the mark. This one lacked the crunchy toppings and chewy tteok candies. It felt like I was eating a smoothie but in a fragmented stage.

If you are looking for an icy and berry treat this summer than this if for you, but if you want the full on patbingsu deal...go elsewhere.

I wonder which one I will find next.

You will have to wait though. There's a big line all summer.