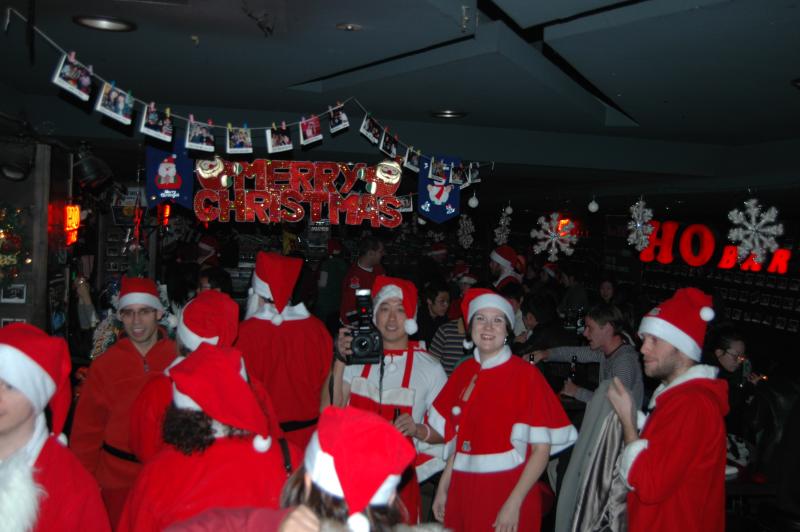 As promised, this year's SantaCon Seoul proved to be a merrymaking event. The pictures and description from theyeogiyo.com didn't quite do the concept justice: dress up as Santa, enjoy meeting other Santas, enjoy a beverage or three, and so on. Think of Santacon like a costume party where everyone wears the same costume. If you want a history lesson, check out this version that claims some level of official-ness. The short version: 1994, San Francisco, guy pulls a prank with people wearing Santa suits; resurrected years later by a second group in a hope to play with the image of Santa Claus.

The party started at an unusually early 7pm at Ho Bar III in Hongdae: 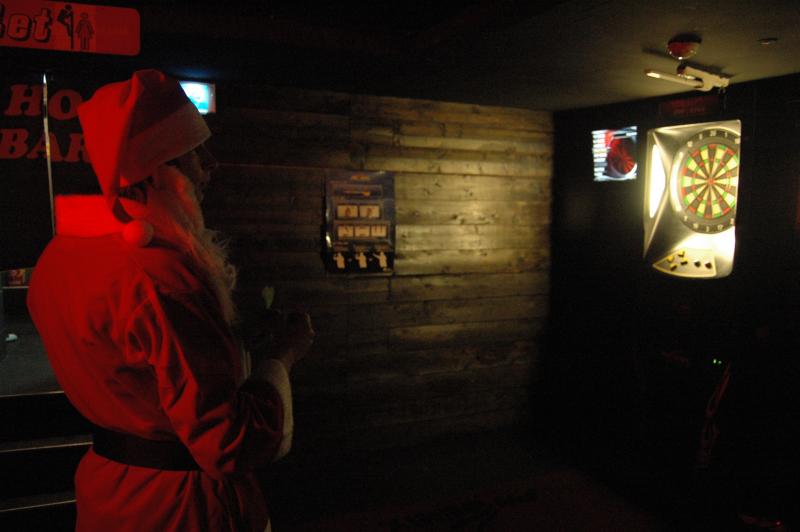 Santa had to take time out of his busy drinking schedule for a game of darts. 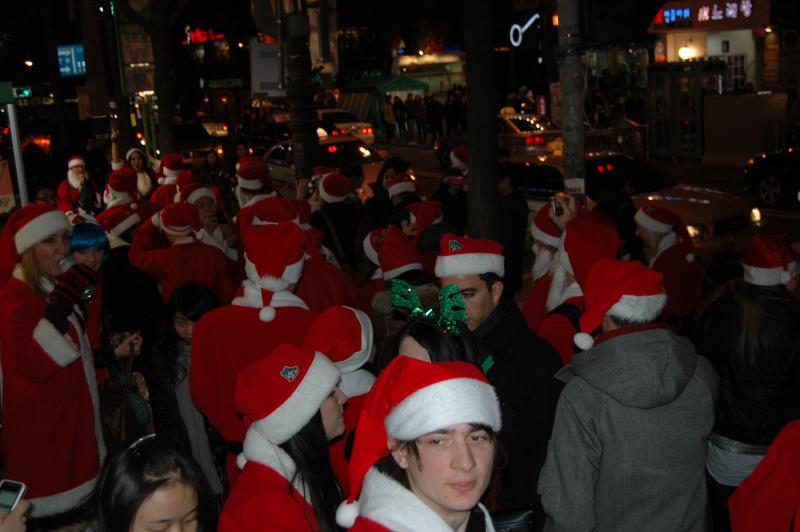 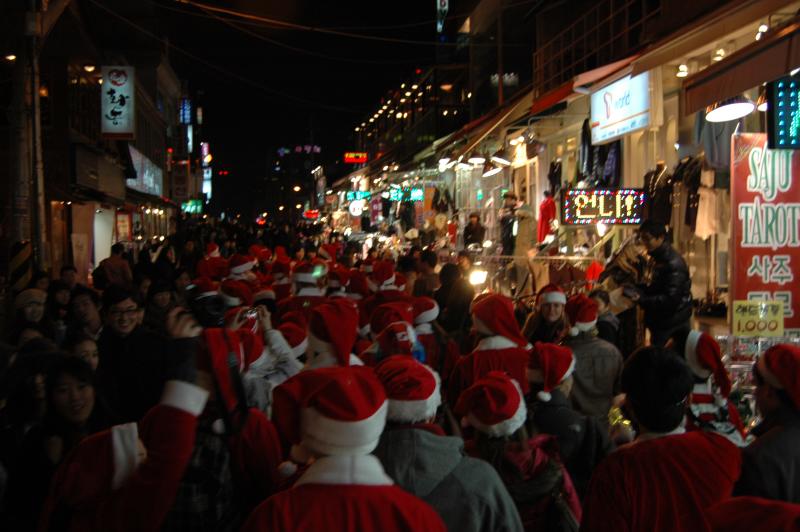 Walking from Ho Bar III to our next destination - Jess.

Where are we supposed to go? Santa can deliver gifts to the world in one night, but everyone knows it's the reindeer that have the sense of direction. The fearless leaders carried whistles serving as both directional markers and to impart a sense of urgency; "Santa's got a schedule to keep!", the whistles seemed to say. 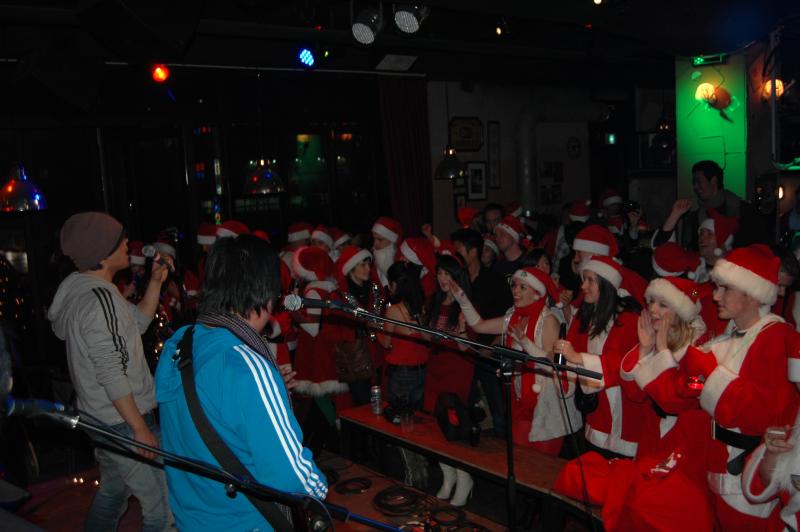 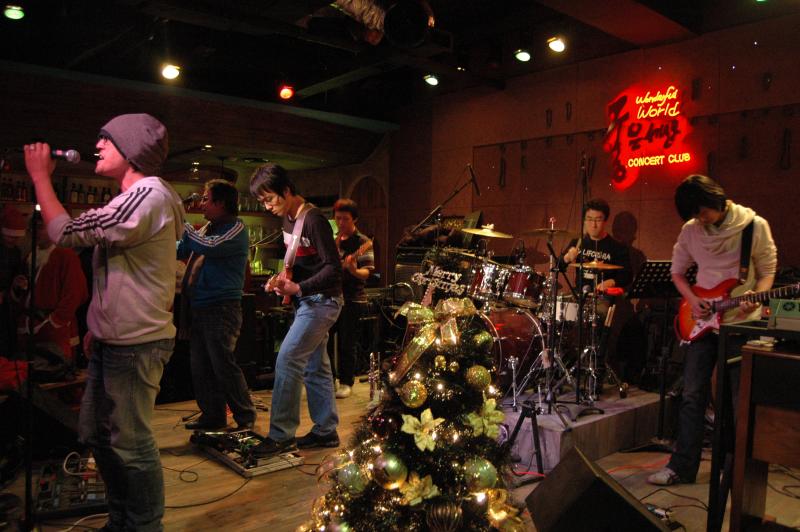 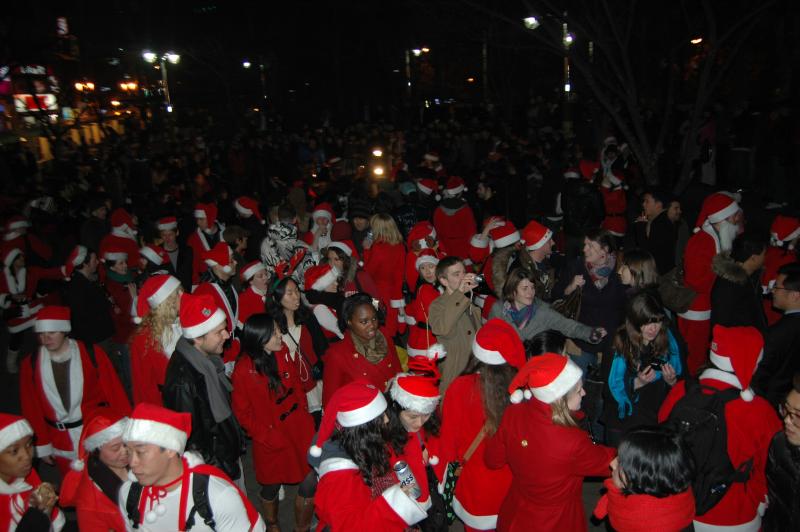 Mixing and mingling at Hongdae Park during a few minutes of walking led us to Afterglow: 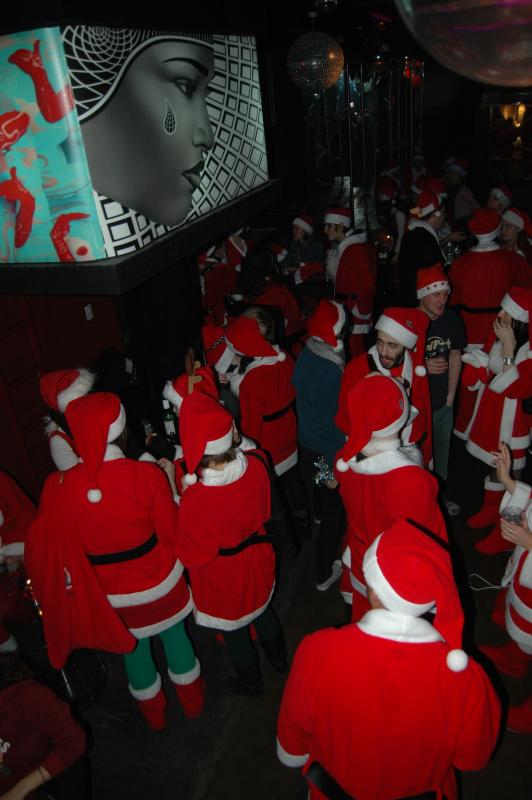 Plenty of room for pole dancing (not pictured to protect the drunk and/or bad dancers - you had to be there to see it, sorry) and chatting with your fellow adventuresome types.

Jane's Groove was the next stop, but that's where my girlfriend and I called it a night. The hat was beginning to get itchy, and the beard had long been stuffed into the bag along with our jackets.

For more information about future events or other events being held around the world, check out http://santacon.info, Wikipedia, or this history of 'the early years', as they're called. While SantaCon Seoul centered on going to bars, one doesn't necessarily need to drink to enjoy the camaraderie - or the fun.