Skip to main content
Christmas often brings gifts - and this December the Seoul subway system has a few things to be aware of. 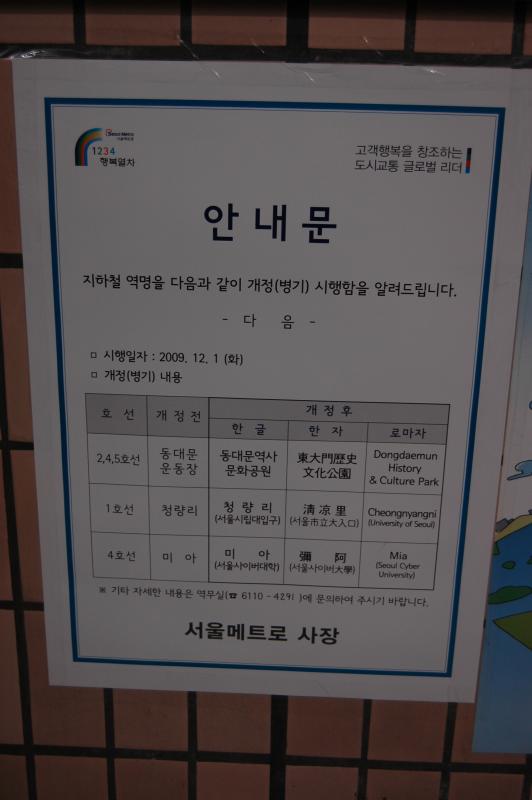 From December 1st, There are a few name changes - they're still the same subway stations, but names have been changed or updated with the times. Dongdaemun Stadium (lines 2, 4, and 5) is no more, as the stadium has been gone for years now; the new name is 'Dongdaemun History and Culture Park', which is definitely open at this point. Cheongnyangni (line 1) now includes the University of Seoul in the station name, while Mia (line 4) includes the new Seoul Cyber University in the station name. Not precisely life-altering in any respect, but if someone says to meet at the Seoul Cyber University station, now you know. 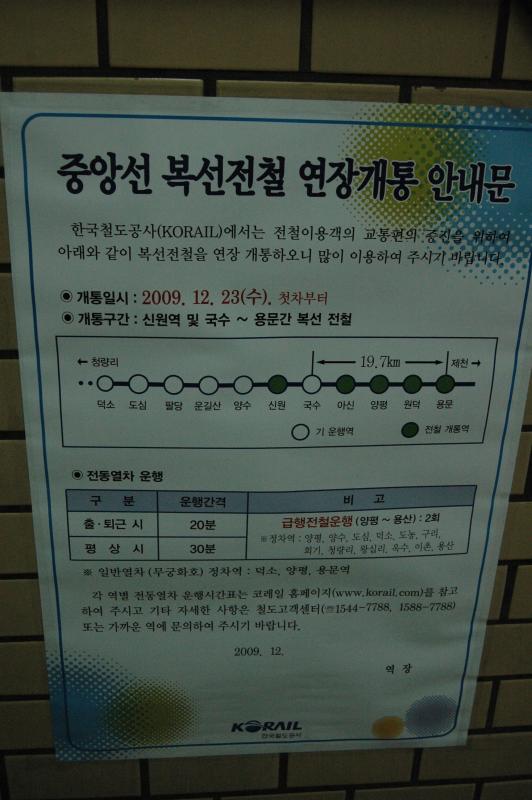 Good news for those heading to parts east of Seoul - the metro part of the Jungang line (Yongsan to formerly Guksu - usually a greenish blue color on most maps) now goes all the way to Yongmun in Yangpyeong country, eastern Gyeonggi-do. Although Mugunghwa and Saemaeul trains have been running on this line for quite awhile, a larger portion is now electrified and considered part of the 'metro' system much like the Gyeongui line, opened earlier this year. Although I don't know anything about the area, but the new stations are Sinwon, Asin, Yangpyeong, Wondeok, and Yongmun as the eastern terminus.
Also, getting from A to B in southern Seoul will be a little easier when an extension on line 3 opens sometime in January or February. After the current terminus of Suseo will be a transfer to Garak Market on line 8, a yet-to-be-named station, and a transfer to Ogeum on line 5's southern fork.