Skip to main content
Plenty more random pictures to go around - all coming at you from Seoul or while traveling around Korea. 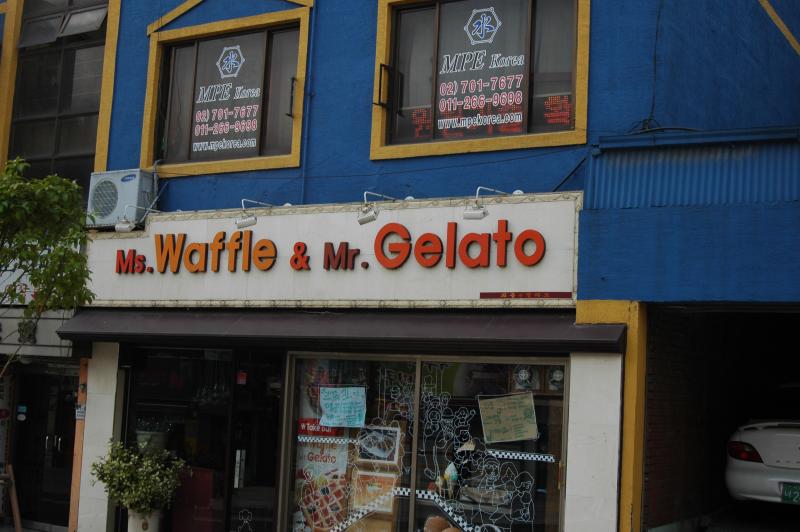 Sounds like a match made in heaven. Seen near Sookmyung Women's University during the recent KOTESOL conference. 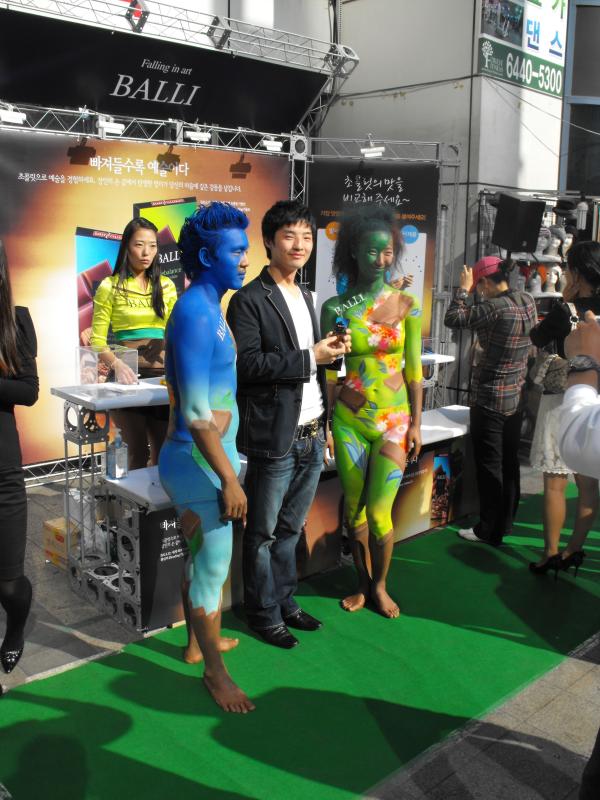 A rather weird body painting scene in Gangnam - taste-testing chocolate, anyone? 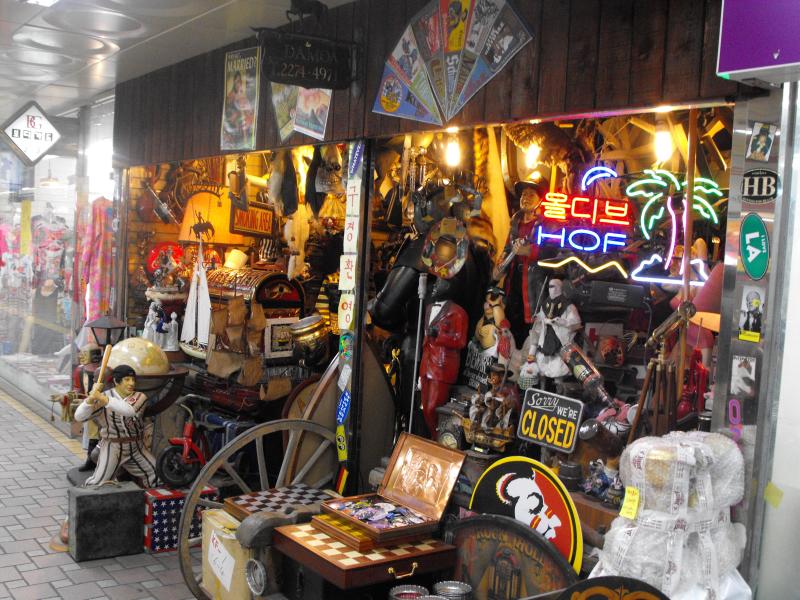 An verifiable antiques stores, dealing with genuine American stuff. No idea where all this stuff came from, but check it out for yourself in the Jongno-3-ga subway station in Seoul (lines 1 or 3). 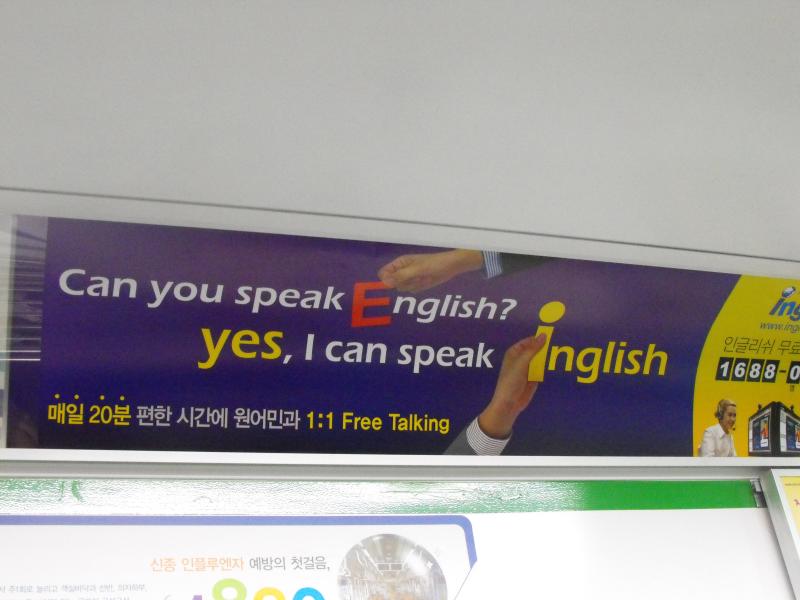 Just because 'Inglish' is part of your name doesn't mean it's actually spelled that way... 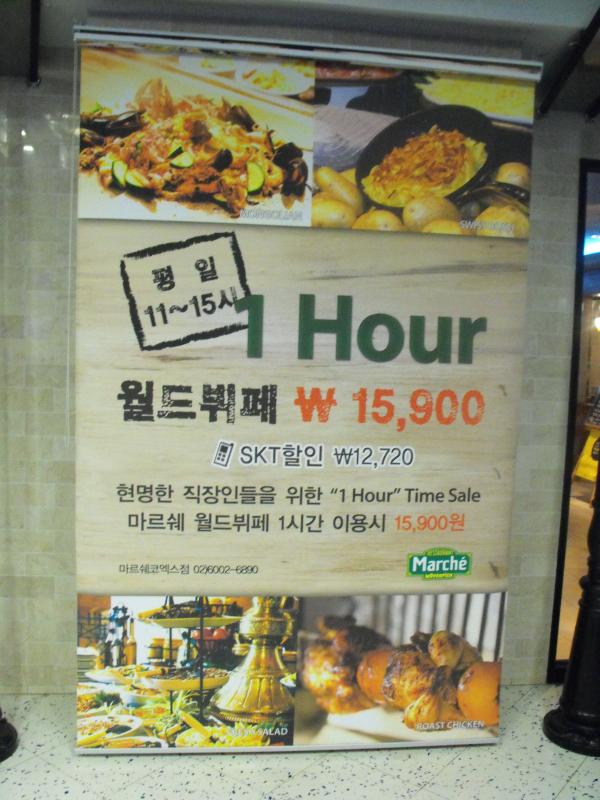 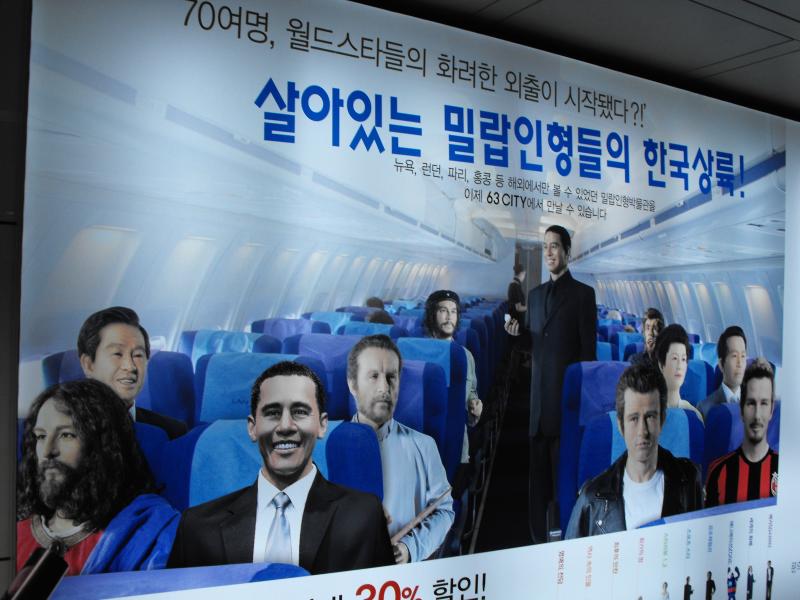 Tiger Woods! Jesus Christ! Barack Obama! Somehow they all managed to get on the same plane, or somebody's been studying Photoshop. 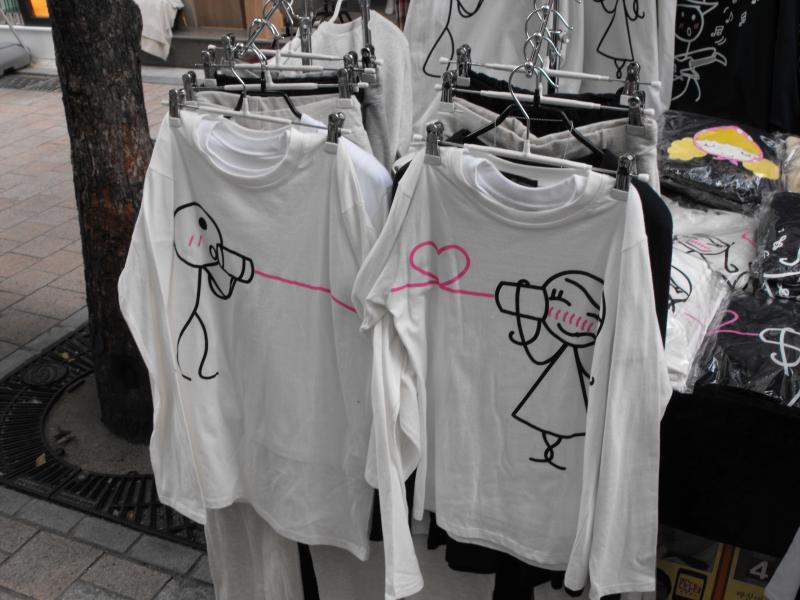 Easily some of the cutest couple shirts I've seen in awhile (Myeongdong). 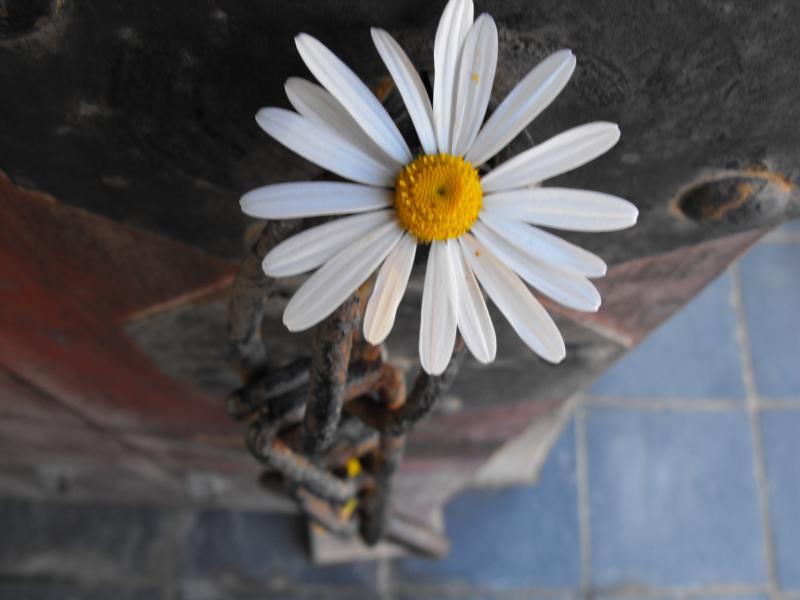 Over at Gyeongbokgung, someone stuck a flower in a door handle - a little abstract, but still nice. 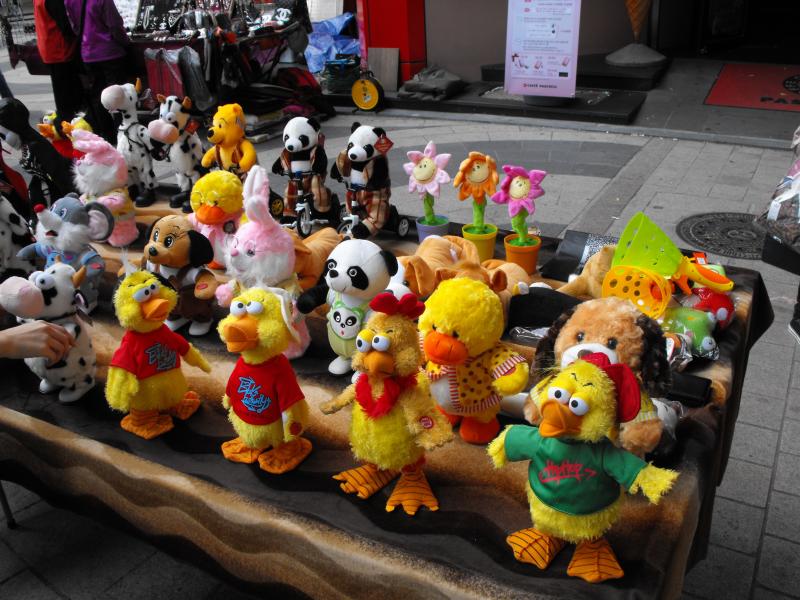 No, they weren't on, but they were still for sale. These things convulse and otherwise move like they're having a seizure - and somehow remain standing. 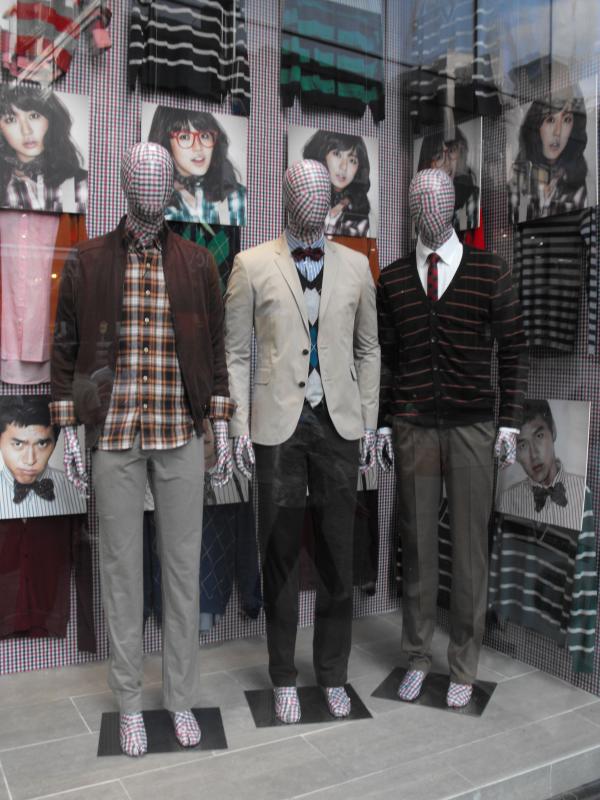 No plain heads (or hands or feet) allowed on these mannequins. 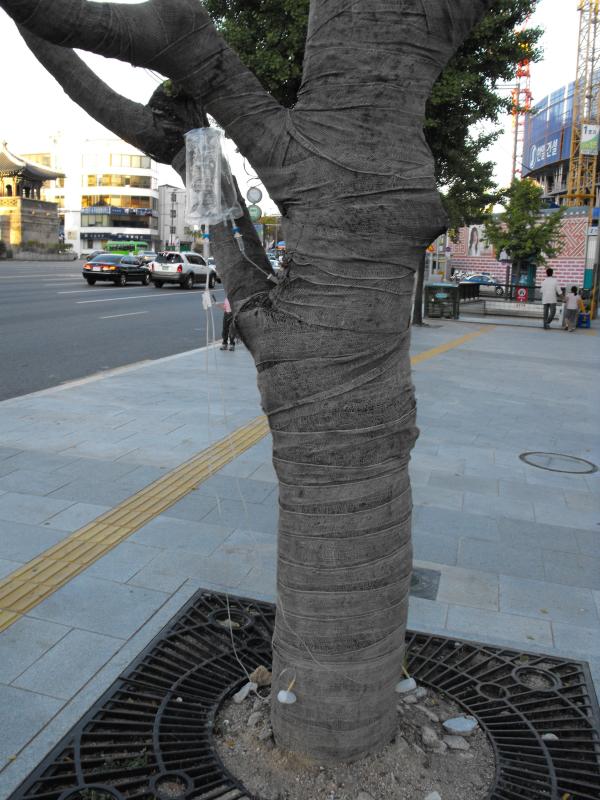 Does a tree really need an IV? The people that take care of the trees around Gwanghwamun seem to think so. 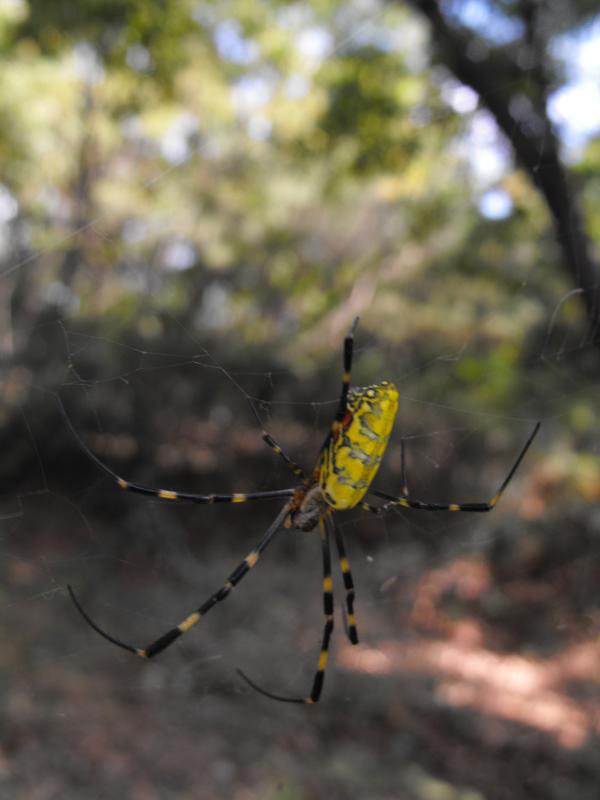 'Itsy bitsy' this spider web was not - his web reached from roughly knee-level to just above my head. 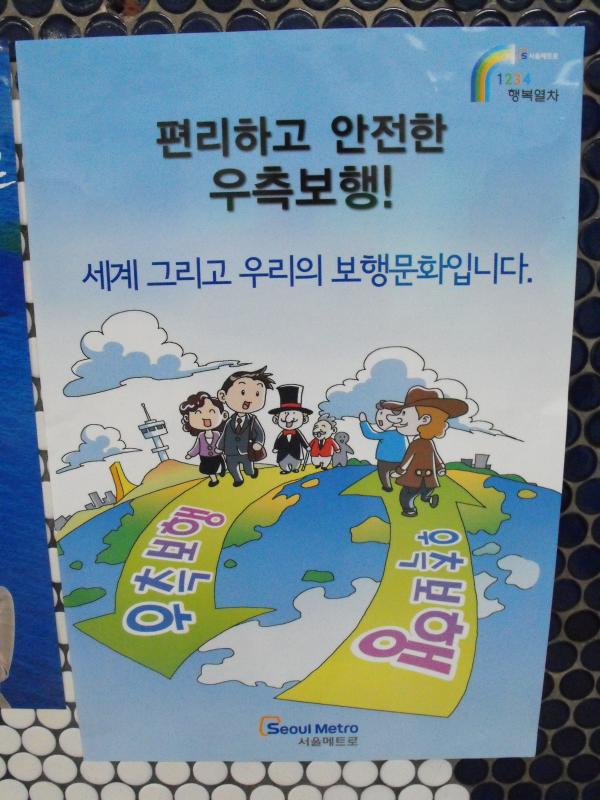 The subway system is trying to get people to walk on the right. It seems more than a little silly, but put enough arrows down (I'm looking at YOU, Seoul Station!) and people seem to follow them. Other places without as many arrows? Yeah, not so much. 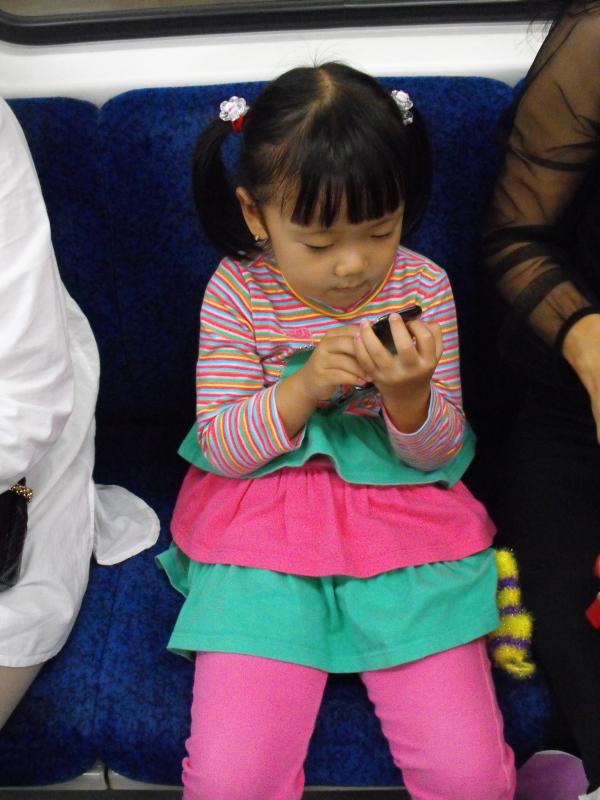 She probably knows how to use that cell phone better than her mom does. 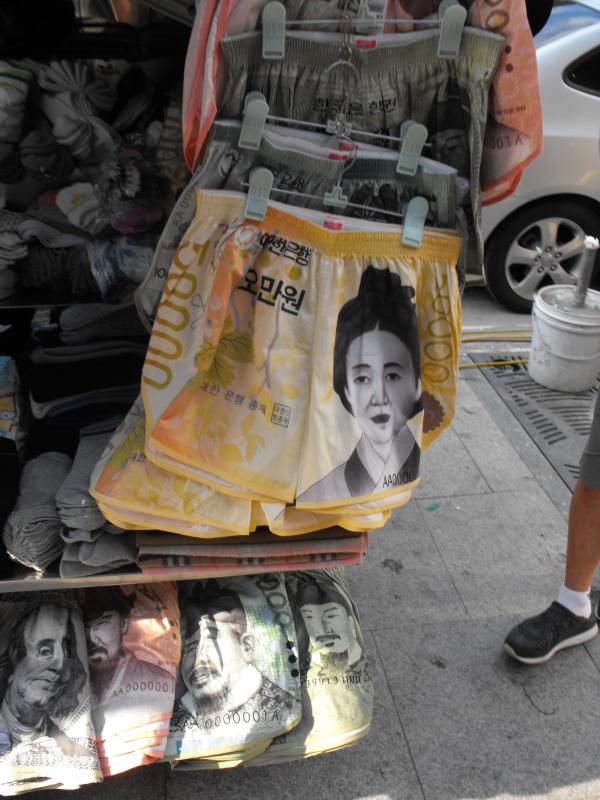 Because wearing manwon on your boxers just wasn't worth enough, now you have the 50,000 won bill to proudly (?) display. Bonus: the rather dour feminine face of Shin Saim-dang on the right looking left towards, uh, the middle area. 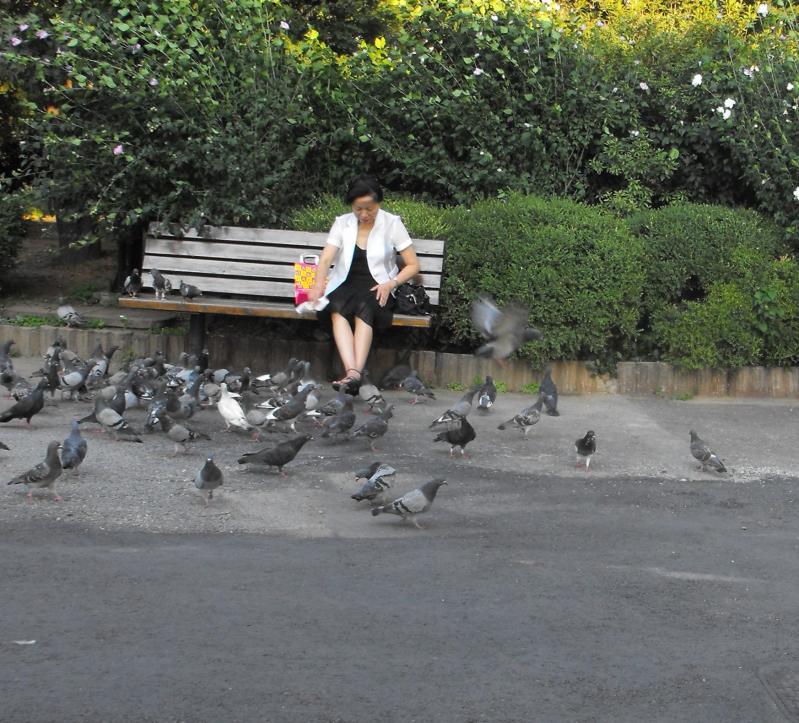 That's what you get for feeding the pigeons - they'll surround and demand ALL the food...