Good morning,
Moon Jae-in of the liberal Democratic Party was elected as Korea’s 19th president with 41.1% of the votes in a snap election following President Park Geun-hye’s impeachment in March, beating a conservative runner-up with 24.0%.  Moon’s election is expected to make a dramatic shift from government polices formed in the past 9 year under conservative Lee Myung-bak and Park Geun-hye leadership.  Born in 1953 to parents who had fled from North Korea to South Korea during the Korean War in 1950, Moon fought against dictatorship as a law student in the 70's, against Park’s own father, and worked as a human rights lawyer in Busan in the 80’s.   He served as a chief of staff under ex-president Roh Moo-hyun who killed himself in a scandal in retirement in 2009.  Moon ran for presidency in 2012, but was narrowly defeated by Park Geun-hye.  From his ideology and political path, it is likely Moon will show his warm heart to North Korea, and reveal sharp teeth towards the U.S. and Japan. 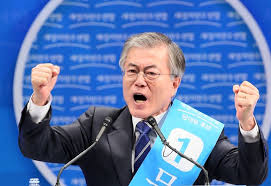 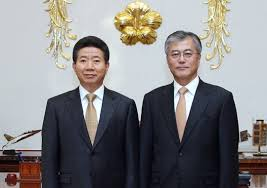 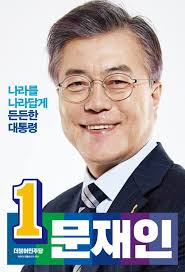 While many South Koreans are happy to see beaming Moon shine in dark nights, Korean business communities are not.  Moon is sympathetic to union, but hostile against conglomerates. Moon wants to lower unemployment rate by hiring more government workers, and  spend big money on social welfare programs, but plans to fund the money through raising corporate taxes and income tax.  Just hope Moon doesn't go too extreme, otherwise  South Koreans will be soon riding on Moon's bullet train to Venezuela.
Regards,
H.S.