After the horrible past few days we've had, Daniel and I are feeling much, much more better. He has returned to work and I am eager to get out and do some sight seeing again.

I decided to go see the Penglai Eight Immortals Temple, which sits on the ocean. It is on the opposite direction on the Penglai Pavilion and again, is a major tourist attraction in the city. 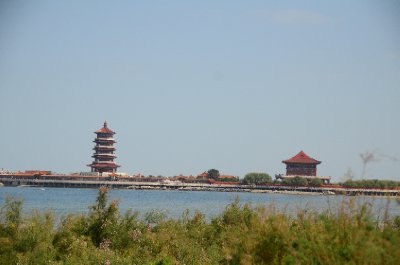 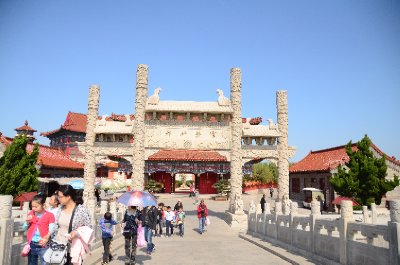 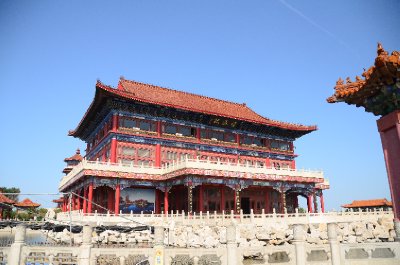 I walked to the venue, which took around 20 minutes. It was a beautiful day and being so close to the ocean felt great. Over the weekend, the Chinese celebrated their National Holiday and the Hotel was quite busy with hotel guests. It was apparent as I walked the footpath along the beach, how busy this time of year was. There were tour groups and big family groups, who were enjoying the lovely weather and sights.

I arrived at the entrance gates and purchased my ticket. Once inside, I had to cross over a bridge to enter the Temple grounds. The inside of the Temple has many beautiful gardens with manicured lawns. There is also a giant bell you can ring for a small fee. The man running the bell had a pet cat, seemingly to be the Bell's guard cat 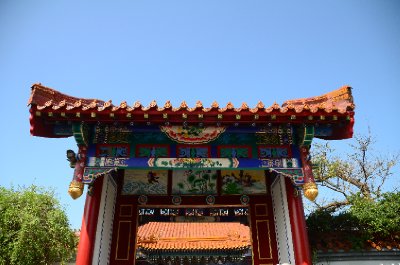 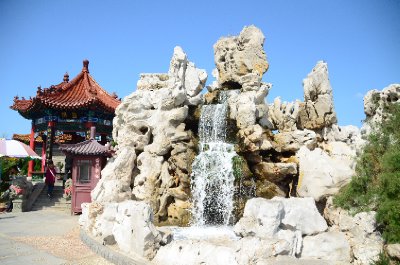 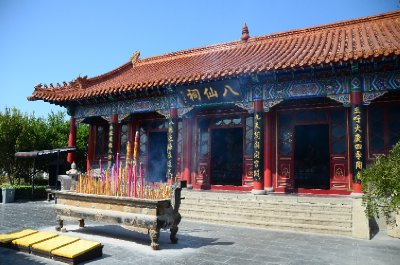 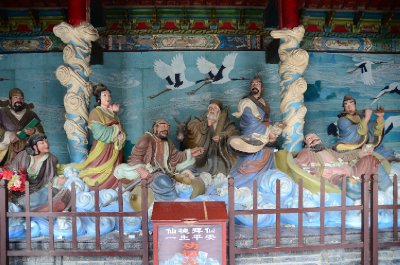 Around the base of the Temple, there were some Leopard Seals, which you could pat, feed and also have your photo taken with. They looked adorable and as I watched them laze in the sunshine, I asked the handlers how much it was to interact with them. For 10 RMB, I was given the opportunity to get close to these spotty, wet creatures. What a delightful experience it was. Like the Sea Lion, it flared it's nose and snorted. Totally cute. 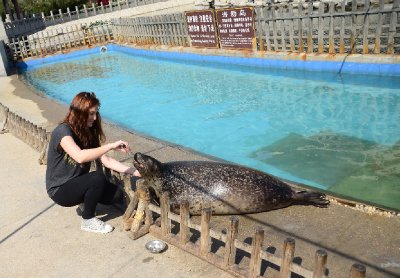 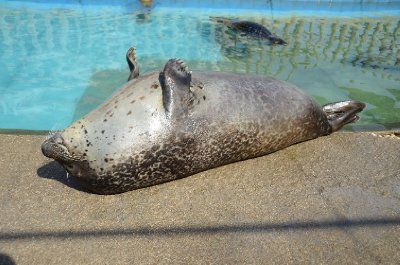 er the Leopard Seals adventure, I walked around the Temple and went inside. The Temple has alot of information about the legend of the Eight Immortals and artworks to represent the stories. It's a picturesque monument, which is surrounded by a carp fish pond. The area is very peaceful and offers an escape from the outside world. 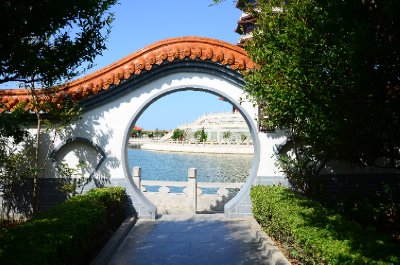 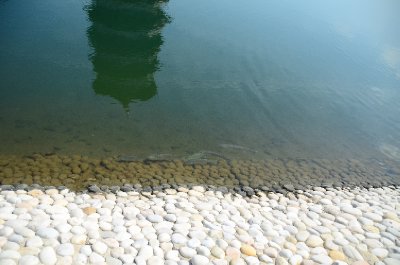 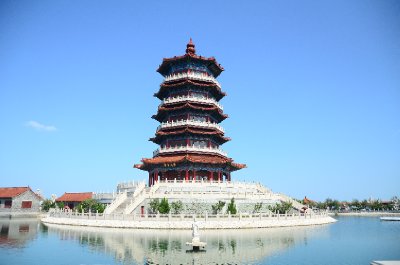 I would like to come back here on the weekend with Daniel, so he can see the Leopard Seal. It will all depend if he is working or not so we will see. If not, I'm sure in the future we will return to Penglai, so hopefully we could do it again then. 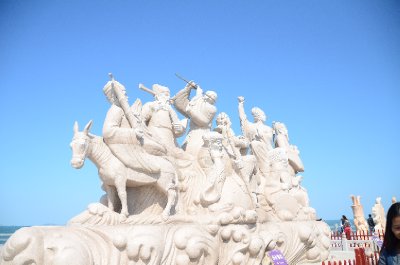 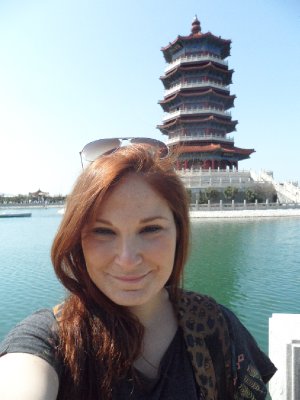