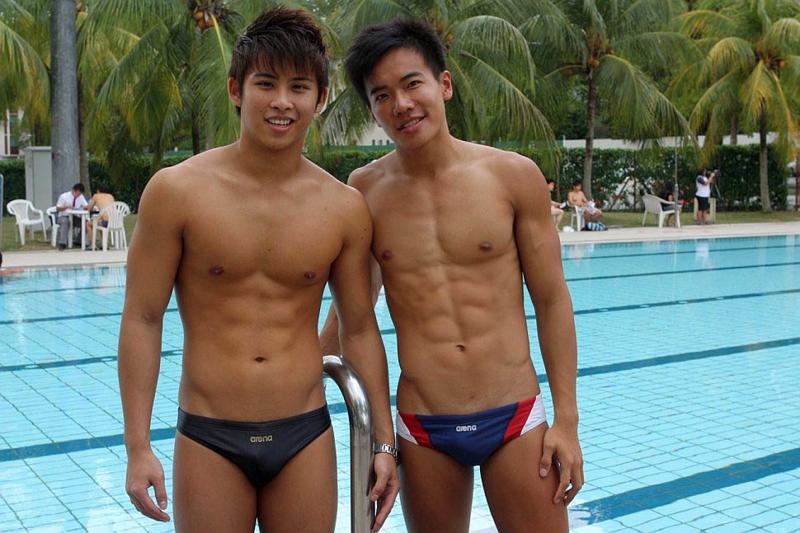 With the exception of the armada that almost ended my life only moments earlier, there was one young man in his early twenties who looked physically superior to me. He carried himself in a humiliated haunch as he stood by the pool. It was then that I noticed the shouting from the other side. A lean looking man, obviously his coach, with a face red like, well, like he had just finished dinner with his friends and was about to move on to the second round. I watched as he screamed and the younger man dived in and got out and dived in again to the berating of the man on the opposite side of the pool. This continued until it was supposedly done properly. And then he went and started all over again.

At the end of each lane, there were small groups of old women all facing the aqua aerobics class and taking free lessons. After the session was over, they kind of gathered on the corners and treaded water repeatedly for hours. They would eye me suspiciously as I passed by. The chip on my shoulder rescinded when I realised they did the same to everyone who came by. And who could blame them? Swimming in a swimming pool, it’s almost as offensive as walking down the street or commuting on the subway.

Next to these were the learners, slowly swimming across the middle of each lane in a desperate attempt to go five metres without sinking. I felt for them in their desperate attempt to master the aquatic and their inability to master breathing and a full stroke at the same time. I also felt for them as they received most of the scorn from the old women brutally scrutinising all that passed by.

There was more to scrutinise in a special lane next to mine; the machine lane. Here was a group of swimmers that seemed to constantly rotate courtesy of the front crawl around an invisible fulcrum in the centre of the lane. Never stopping for a rest, it’s this kind of person who puts me off exercise with their enthusiasm and dedication. I could hear them laughing at me under the water as they went around and around in circles. I propped myself up by the edge of the pool, elbowed an old woman off her perch and began to tread water as I sneered. 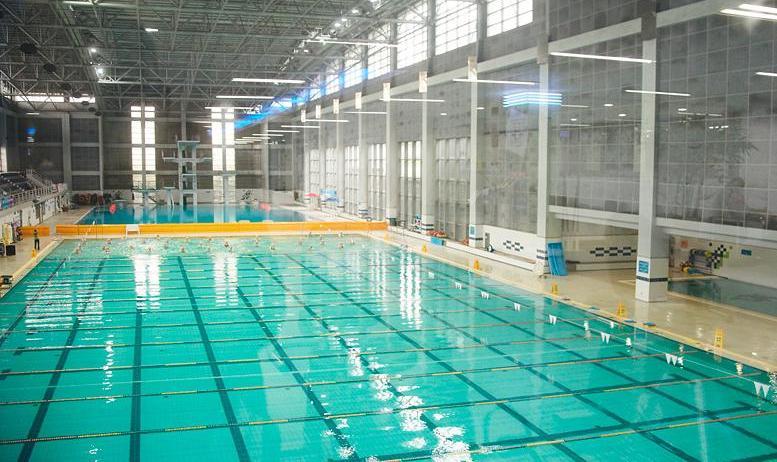 Then from the changing rooms a spectacle emerged. A short stocky man, probably in his sixties with a belly bigger than mine with his legs squashed into a pair of Speedos that looked like they would be too tight on one of the nine year-olds who nearly killed me earlier.  He had the air of someone who was very proud of achieving this feat of dressing appropriately, and who could blame him? He stopped in the lane next to me and began to do a number of stretching exercises by the pool, and in the process showing everyone how well he had managed to fit into his bright blue Speedos.

With his arms raised high he stared at the ceiling he engaged in what looked like some form of pre-dive worship. I looked up too and also wondered about the grey pipes and fluorescent lighting. He then bent his knees, bowed his head and then gradually leaned forward as he gave way to the weight of his body. At the last minute he propelled himself forward about a metre and disappeared beneath the surface as the surrounding area was drenched, all things considered.

A second later the culmination of his beauty was realised in the greatest contradiction known to swimming – the butterfly stroke. Now, I grew up thinking that butterflies were pretty, graceful and, well, they had a purpose. But here is something I can’t understand – how is the most ungraceful, cumbersome and pointless swimming stroke referred to as the butterfly? Not only does it leave a trail of wreckage everywhere in the shape of nervous swimmers, white water, and swimming floats, but it looks more like a panicked walrus trying to belly flop its way across a shallow bog than a swimming stroke – pure chaos supplanting the grace of the insect it stole its name from.

To add to this, it’s completely pointless. No one normal decides to casually use the butterfly stroke. Swimmers ask yourself, how many times have you decided to quickly ‘butterfly’ anywhere? Could you imagine doing it at the beach? Great whites would come in thinking there was a panicked seal stuck in a fishing net and, fortunately, eat you, which would be great – one less person doing the butterfly stroke makes the world a better place.

I decided it was time for a shower. Three widths were enough of an introduction for today.

I pulled myself out of the water, readjusted my shorts as my audience looked on. Again, I sucked in the belly and pushed the shoulders back and swaggered back to the changing rooms. Once inside I jumped into the showers and rinsed down, taking care to not confuse my own soap with the green team soap conveniently left for all-and-sundry to scrub away in their corners with. I walked over to the towelling spot, at least that’s what it has to be called –a space where there was middle aged men proud of their bellies drying themselves together. I joined them. On finishing I wandered into the rest of the changing area.

Allow me to explain how one must apparently dry one’s self effectively following a swim. Spread around the room was around five or six men all over fifty and naked as the day they were born. Each was standing with their legs apart. Three or four stood directing themselves towards the fans which were facing downward as they ensured they were fully dry in all their nooks and crannies.

The remainder were more persistent in their attempts. They had assumed a position that requires a dexterity that resembles a martial arts pose; balanced on the tips of their toes with their knees slightly bent and their back arched forward. They held a hairdryer in their hand which they curled underneath their private (or not so private in this case) were they slowly massaged themselves dry with the warm air for two or three minutes.

Not wanting to be shown up for my lack of balance or dexterity, I gave myself a quick once over with a towel and an extra rub down below then bolted for my locker before the measuring tapes were taken out.

I got home scar free to be met from the glaring eye of my beloved.

“Did you even get in” she enquired.

“Of course I did. Smell my shorts” I offered.

“Thanks. I know better than that. So how was it?”

“Fantastic, and I’m going back tomorrow.”

Conor is the peaceful type. Never one to start a fight and always one to believe in the inner-decency of his fellow man (the species), he has in the past managed and promoted a number of HBC Fests, notably the first Howlin’ Weenie Fest in 2007. Since then he stopped being popular. He is secretly bitter about his fall from grace and nowadays complains to himself regularly.
Note: There is a print link embedded within this post, please visit this post to print it.