Welcome meat lovers! In this lesson, we’ll be teaching you everything you need to know about meat in Korean.

Whether you plan to shop at the butcher’s shop or go out for a round of delicious Korean barbecue, you’ll find yourself at an advantage learning how to say “meat” in Korean. And not only the word “meat”, but all the different meats available for you to devour in Korea. At the end of the article, we’ve also included some useful phrases, including a way to simply describe your diet in Korean if you do not eat meat.

Let’s get to learning! 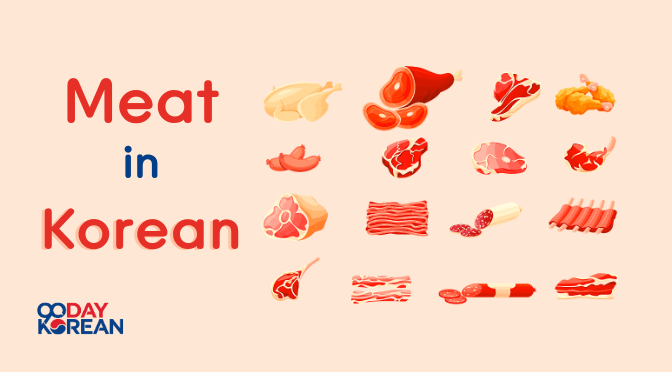 The word for meat in Korean is 고기 (gogi). This word encompasses all the various meats. Sometimes all you need is this word, but oftentimes you may wish to know the specific type of Korean meat you’re talking about. Thus we’ll go over them all today!

The word for beef in Korean is 쇠고기 (soegogi). It is typically the most expensive type of meat in Korea. Nevertheless, it has a lot of cultural value for Koreans and is the meat you’ll want to go for when celebrating, for example. You can eat beef raw, roasted, grilled, in soups, and other ways as well.

The word for chicken in Korean is 닭고기 (dalgogi). It is another old and valuable part of Korean cuisine. You can find chicken in various dishes, from braised, roasted, and fried chicken to soups and noodle dishes. Plus, one favorite thing to snack on during a night out with friends is chicken feet!

The word for pork in Korean is 돼지고기 (dwaejigogi). Just like beef, pork has been eaten in Korea since ancient times, with various parts of pork being cooked in various methods. It’s a widely used meat for when you go out for Korean barbecue, for example.

The word for fish in Korean is 물고기 (mulgogi), although each type of fish also has its own representative names. Fish and shellfish are another big part of Korean cuisine, eaten raw, grilled, broiled, dried, in stews and in soups, and so on.

Vocabulary for Meat in Korean

Here are the Korean words for different meat in Korea and their English counterpart. This list of words may come in handy on your next plan to eat out at a Korean restaurant or if you will buy these from the meat shop. 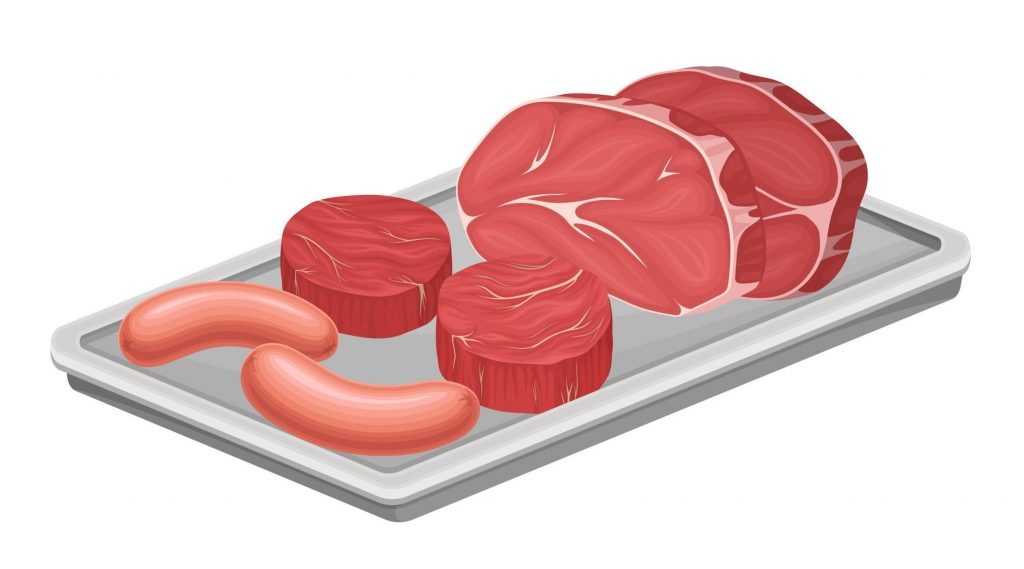 Vocabulary for Seafood in Korean

The list below shows the Korean words for different kinds of seafood. 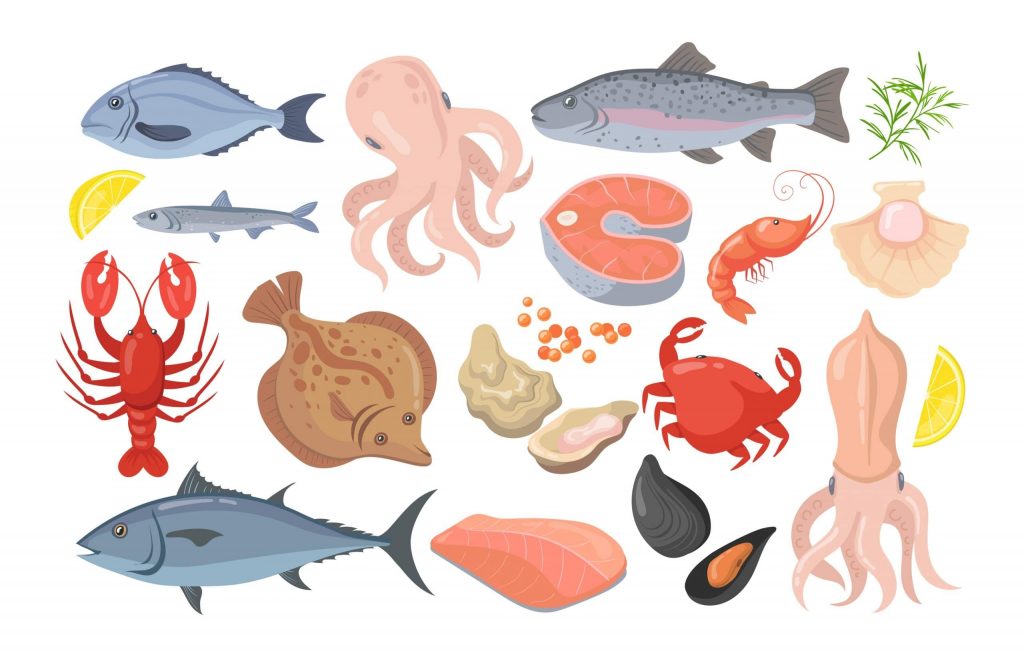 When talking about meat, the first thing that often comes to mind is Korean Barbecue. This is a method of cooking in Korean cuisine that mainly involves grilling meat indoors or outdoors with grilling stations built in each dining table in a Korean restaurant. The grilled meat can either be beef, pork, or chicken, plain or marinated. 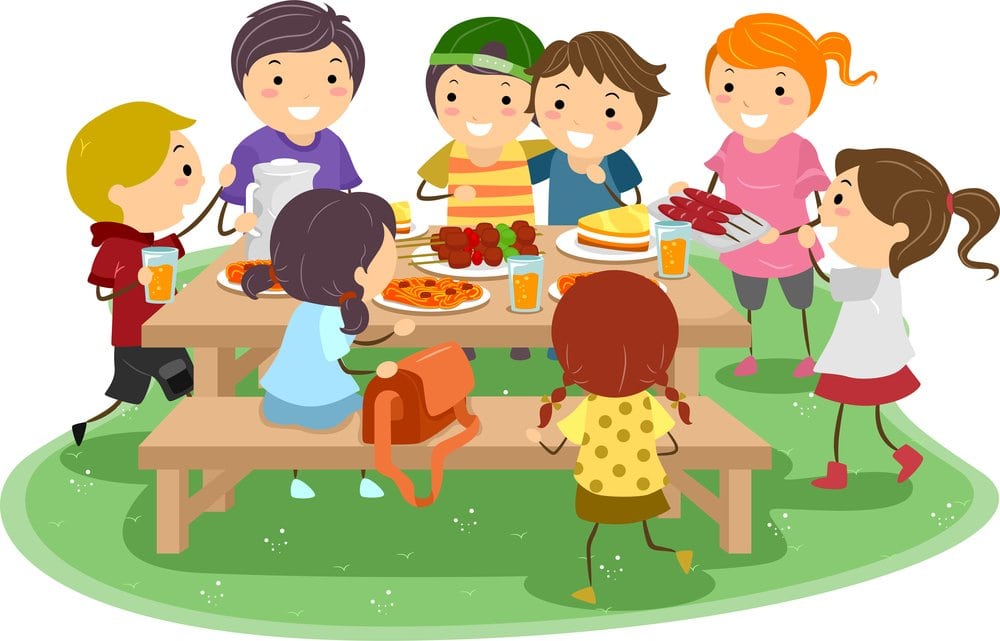 When dining here, you will usually be the one to grill the meat but you don’t need to be a great cook to do that. All you need is your table and equipment for grilling, the meat, and the rest of the condiments. If you love to cook, or if you just love to eat, you will really enjoy Korean barbecue. This has grown to be an activity enjoyed not only by Koreans but people all around the globe.

There are different ways of enjoying Korean barbecue. The whole Korean barbecue experience is beyond just eating the meat by itself as it also comes with many different side dishes and sauces. You also get to choose if you want it spicy or not. After grilling the meat and cutting it in pieces, this is usually wrapped in lettuce together with some side dish and sauce. If you’re the type of person who loves to try and taste different flavors, you can mix and match the meat with different sauces and side dishes.

One of the popular grilled Korean meat dishes served in restaurants is called 불고기 (bulgogi) This is made of marinated beef sliced into thin pieces. This dish is usually marinated in soy sauce, sesame oil, garlic, and sugar before grilling it.

삼겹살 (Samgyeopsal), similar to bulgogi, is also thinly sliced, but this dish is made of pieces of pork belly. Its English translation means “three-layer-meat”. The meat is already sliced and is usually served unseasoned or only lightly seasoned with salt, pepper, and sesame oil.

So, what to say if you don’t eat meat?

Here’s a couple of ways to say “I don’t eat meat in Korean”.

I eat fish (and chicken) but not meat

Do you eat meat? Have you yet tried out Korean barbecue? Let us know about your favorite meat in the comments! Next up, do you feel ready to tackle our bigger vocabulary article on Korean food?

The post Meat in Korean – The Complete Guide appeared first on 90 Day Korean®.