In this article, you’ll get to know more about manhwa. Previously, we introduced you to some of the best webtoons from South Korea out there. It may have left you a little bit confused, however, as to whether Korean webtoons are the same as manhwa. If they are not, what is the difference between the two? 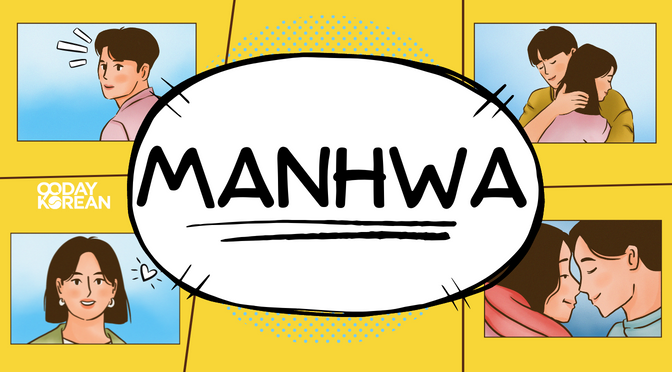 Yes, as you may have guessed, manhwa is similar but separate from webtoons. In fact, of the two, manhwa may be the concept that is more familiar to the international audience. And today, we will finally learn all about it!

What is Korean manhwa?

For starters, the Korean word “manhwa” is written as 만화. It is the term used for comics and cartoons, specifically speaking for print cartoons. Oftentimes it also includes animated cartoon TV shows and movies.

Just like the Japanese word manga, which means the same thing, manhwa derives from the word for Chinese comics, manhua (漫畫).

It can be said that there are six different genres of manhwa available for readers to enjoy.

In addition, an equal amount of attention is also paid to the backgrounds of each character to make each story as whole as possible. What’s notable about manhwas in comparison to comics from other countries is that there’s typically less dialogue included.

Although as terms manhwa and manga have the same meaning, Koreans and Japanese can have vastly different styles and quality of art. Manhwa is typically seen as more realistic than manga, with less over-the-top cartoon-like features.

These Korean comics can also be published in color, while manga is typically a black-and-white work.

One of the points where this more notably shows are hairstyles. Japanese comic books love to go for exaggerated and eccentric hairstyles, such as crazy colors or spiky hair, which is also reflected in its anime version. Meanwhile, for its counterpart in Korea, the hairstyles are kept more natural and down to earth.

Another outstanding feature is the eyes. In mangas, they are often big, round, and colored. In general, the characters may look more ambiguous with their ethnicity. But in Korean comics, the character’s facial features and eyes are especially distinctively Asian.

Otherwise, the facial features of characters in manhwas may be more exaggerated than realistic. However, more than in the manga, the characters’ bodies are drawn more realistically.

Additionally, there are some big differences in how they are created as well. In the manga industry, the editors have a heavy amount of input into how the end result will look like.

In contrast, manhwa creators themselves have far more power in shaping the end result of the comic books. In other words, the creators behind manhwa get to express more of their artistic vision and creator’s input than manga creators.

Another big difference in this regard is also the fact that there is typically just one creator – also called “mangaka” – behind mangas. In contrast, there is a whole team of artists and the creator working on any single manhwa.

This also explains the difference in the creative process and output dynamics. Similarly, though, the main creator behind a manhwa is called manhwaga (만화가).

Mangas and manhwas are also read differently. Japanese manga is read from right to left and often vertically, just like Japanese in general. However, a Korean comic book goes from left to right, as well as horizontally, as is done in general with the Korean language and most Western ones.

Depending on who you ask, webtoons are counted as a subcategory of manhwa. However, they may also be considered as an entirely separate entity. One big way in which they are different is that manhwa, as a term, always refers to South Korean comics, whereas a webtoon can originate from any country.

In other words, the difference is mainly in terminology, as works of manhwa, which are published on the Internet, are typically formatted like webtoons and also considered as such.

A smaller difference is perhaps in accessibility. A printed Korean comic book may be harder to get one’s hands on than a webtoon that is posted for free online.

How can manhwa help in learning Korean?

Reading manhwas can do wonders for your reading comprehension. Not only is the content you’re reading incredibly fun, but it’s also low enough on dialogue and exposition that you do not get overwhelmed by the reading material.

It also makes it easy for you to stop to look up vocabulary you may not know, as well as digest how grammar functions in each of the sentences.

Furthermore, as manhwa and webtoons are largely visual, it can make for a great challenge to try reading through a manhwa, solely relying on the visuals for context when you are unsure of the vocabulary.

In fact, try reading through a South Korean comic once like that, and only on the second time through take out your notes and dictionary.

The popularity of manhwas and mangas is undeniable, not just in Korea and Japan but the whole world! Have you ever read a manhwa before? What about Japanese manga? What are your favorite comics to read, and would you be interested in finding a similar one among South Korean comics? Let us know below in the comments!

Also, check out our article on Korean webtoons for more information on digital manhwa as well as reading material you can get started with right away. We hope you enjoyed this lesson!