1. National
1) Controversy over Miss Korea’s true beauty
The movie “Face Off” starring John Travolta became a reality. This year’s beauty pageant winner Kim Yu-mi, who won the title of Miss Korea three weeks ago, has confessed that she was not born beautiful. Kim’s comments came as her photo in her high school yearbook had an extremely different look from what she wears now. Just in case you do not see the picture below, it was like Rosie O’Donnell turning into Paris Hilton. Kim said she understands people would be disappointed by the revelation, and that she hopes to make a name for herself for her inner beauty rather than her outer beauty. As Miss Korea is to compete in Miss Universe competition to represent the beauty of Koreans, many are saying Kim should be dethroned, and her runner up, who got no plastic surgery, should compete in Miss Universe event instead. 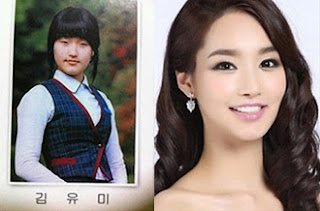 2) Korean singer gets U.S. President’s volunteer Award
Singer Kim Jang-hoon won the U.S. President’s Volunteer Service Award for his 15 billion won charitable donations in Korea , which was most used to place pubic service ads in major U.S. newspapers, and for his donations in the U.S. charity organization, all of which boosted the Korea-U.S. friendship.  Kim’s public ads in the U.S. media were about Dokdo Island which Japanese call Takeshima, and East Sea also known as Sea of Japan. Maybe Kim’s efforts seem paying off as the French publisher of world’s most authoritative world atlases is using both names “Mer de l’est(East Sea) and “Mer du Japon (Sea of Japan)” in its 2012 version. 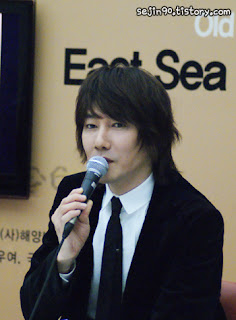 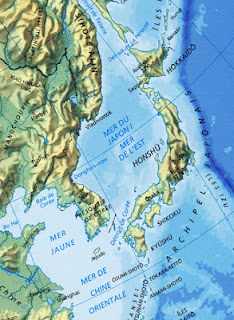 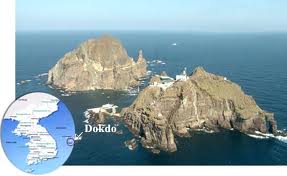 I personally think Kim Jang-hoon is an imbecile for putting ads in the U.S. newspapers, claiming “Dokdo belongs to Korea, not Japan.” Korea has occupied the island from 1948 with 40 policemen staying there, and any attempt by Japanese navy to take over Dokdo is tantamount to declaration of war. If Americans read Kim’s ads, they might think Dokdo is a disputed island. Mr.Kim! It is perfectly O.K with your East Sea ads in New York Times, but please stop ads on Dokdo immediately!

3) Korean students win Math Olympiad 1st time
Korean high school students won six gold medals to earn a total score of 209 points in the 53rd International Math Olympiad in Mar del Plata, Argentina, held from July 4th. They bat out Chinese team which came in 2nd with 195 points and the U.S. team, which ranked 3rd. This year’s competition involved 548 high school students from 100 nations. It was Korean team’s first victory since its first participation in 1988. North Korea ranked 12th with two gold medals, while Japan came in far behind in 17th place.  The math Olympiad, which was first held in Romania in 1959, is held in a different country every year, and it will be Santa Marta, Columbia next year. In 2009, Korean students also ranked first in math skills at the Program for International Student Assessment(PISA). 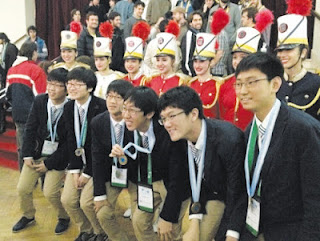 It is a shame that, despite all the Obama praise of Korean education system and victory in PISA and the International Math Olympiad, only one Korean got Nobel Prize,  late president Kim Daejung who won the Peace Prize in 2000 after his historic handshake with North Korea’s Kim Jongil while Japanese won 18 prizes.  Korea has a long shot for Nobel prizes unless Nobel committee creates its seventh category called Nobel Prize in Women’s Golf.

2. Economy
1) Apple ordered to advertise for Samsung
Samsung and Apple are engaged in an all out patent war all over the world.  A victory for Samsung came from Britain as the British court has ordered Apple to post a notice on its website and run ads in major British media, citing the court ruling that Samsung did not copy the iPad. Apple was clearly upset as its lawyer said “No company likes to refer to a rival on its website as it is tantamount to advertizing for Samsung.”  Apple has appealed the ruling. In other patent fight in Australia, the Australian judge urged both Samsung and Apple to settle their “ridiculous” dispute. 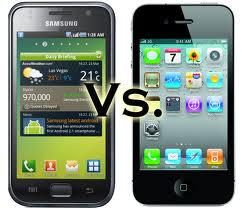 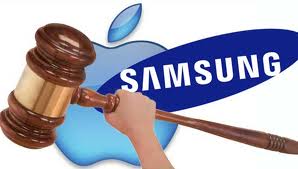 Not sure if Samsung can smile at British ruling. The British court ruled that “Samsung’s Galaxy Tab did not copy Apple’s design. Samsung’s tablets were unlikely to be confused with the iPad because Galaxy Tab is not as cool.” 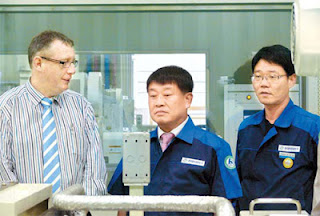 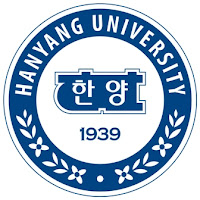 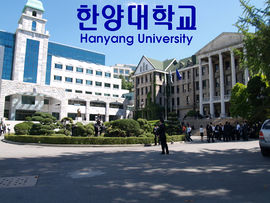 Established in 1939 as Korea’s first engineering college, Hanyang University has produced many leaders in Korean business world, mostly in the manufacturing industries. Hanyang ranks No.2 in the number of CEOs in Korean companies and Mr.Mong-Koo Chung, the CEO of Hyundai and a graduate of Hanyang, has donated millions of dollars last year to build the “Future Automotive R&D Center” in Hanyang. My brother and I am also from Hanyang, just in case you are wondering why so much plug for Hanyang here.

2) Renault Samsung to make Rogue SUV for U.S. market
Carlos Ghosn, the CEO of Renault-Nissan, was in Korea to support Renault-Samsung Motors which has been suffering from falling sales. Ghosn announced that it will invest $160M in RSM to produce 80,000 units of Nissan’s Rogue models from 2014 for exports to the North American market. This is the first time in Korea that a car maker will be manufacturing vehicles for another brand solely for overseas market. The original plan was to have Nissan build the Rogue at its plant in the U.S., but Ghosn made a decision to make it in RSM to support the ailing company. Another reason for Ghosn decision was benefits from Korea’s FTA with the U.S. Ghosn said that Renault-Nissan Alliance is fully behind RSM as it is one of the most competitive plants. 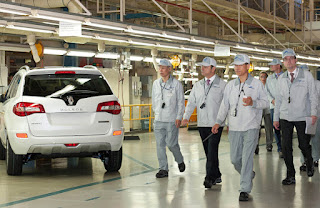 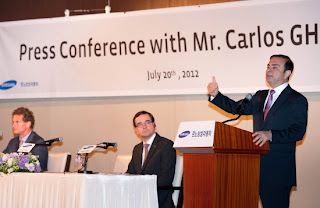 Sales falling even behind Ssangyong Motors to rank last in Korea, the employees in RSM have been discouraged for months  It seems like their prayers to God, oops, to mightier Miss Korea’s plastic surgeon, for the survival have been finally answered with Carlos Ghosn’s visit to Korea.