Skip to main content
1. National
1) Controversial military pact with Japan postponed
South Korea and Japan have concerns on North Korea’s nuclear missiles and China’s growing military power, but have been reluctant on sharing their own military intelligence with the other because of the distrust that dates back to colonial days early 20th century. Interested in strengthening the U.S.-Korea-Japan military cooperation in its strategy to keep China in check, the U.S. has prodded both nations for many years to sign a military pact in which both nations can share sensitive classified information each government has. Tokyo signed on the agreed Jun 22, but Seoul had requested a delay just a few hours before the signing ceremony due to the protest from the angry opposition party who claim the military pact was pursued in secrecy without transparency. It will take a while before Seoul government gain positive response from the politicians and civic groups.

When I learned Japanese many years ago, I was very much surprised that Japanese grammar is very close to Korean. This is probably because of the people in Baekje Dynasty (B.C 18-AD660), southwestern region of Korean peninsula, who migrated into Japan in large numbers, transferring the advanced culture, science and knowledge gained from China. Japanese emperor Akihito said his roots can be traced to Korean blood. Koreans and Japanese will find animosity if they trace history back to 100 years ago, but will find deeper friendship if they go back further another 1300 years.
2. Economy
1) Korea joins 20-50 club
South Korea’s population hit 50 million at 6:35pm on Jun 23, thus becoming the 7th country in the world to join the “20-50 Club,” 50 million people and $20,000 in per capita income. Korea’s population was 25 million in 1960, 40 million in 1983, thus doubling the population in 50 years. Statistics Korea estimated that the population will decrease steadily after a peak of 52.16 million in 2030, falling to 40 million in 2045, and 30 million in 2069. Many fear Korean economy would stop growth due to low birth rate. Korea’s total fertility rate (TFR), the average number of children a woman is expected to bear between 15 and 49 years of age, will stand at 1.23 from 2010 to 2015, much lower than 2.08 for the U.S., or 1.56 for Russia. It is even lower than one baby policy China which has 1.53. 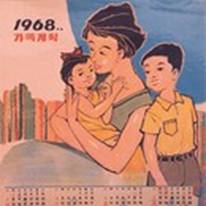 South Korea had pursued strong family plan policy until late 90’s as its land size is about the same as Indiana with 10 million people more than California’s, ranking the 3rd in population density after Bangladesh and Taiwan, if small city countries are excluded. Men were given from condoms at a week long reservist trainings and even exempted from the tough training if they came with a vasectomy certificate. Not sure about young people in reservist training these days, but they might be given free Viagra instead.
2) Korea benefits from FTA with U.S.
It has been over three months since FTA with U.S. went effect on 15 March. South Korea’s exports to the U.S. have risen 8.4% from Mar 15 through Jun 15 compared to the same period last year, while total exports, excluding those to the U.S., fell 2.5 % over the same period.  Import from the U.S. dropped by 6.3%. A government official said exports of key items like automobiles and petrochemical products to the U.S. increased by 16.8 percent, leading the growth in total value.  FTA with EU was not that much favorable to South Korea, as exports declined by 12.1% while imports from the EU increased by 13.5%. Economists think the recent European crisis was the prime reason for less exports to EU market.

One of the main reasons for the growth in import from Europe was consumer goods such as handbags, shoes, watches and cosmetics made by European companies which increased its export to Korea by 10 to 30 percent. The recent economic growth in Italy could have been worse had my wife made fewer visits to Gucci and Prada stores in Seoul.
3. Auto Industry
1) Kia’s 3rd plant got its ground broken
Hyundai-Kia Chairman Chung Mong-koo was in Yancheong in Jiangsu Province in China for the groundbreaking ceremony of Kia’s No.3 plant. The new plant with 300K units a year capacity is to be completed in mid 2014, increasing Kia’s annual capacity to 700K units a year. Kia is running its operation in Yancheong in a joint venture with Dongfeng Yueda Motors. Kia’s sales in China went up from 101K in 2007 to 432K last year.  In the mean time, Mr. Chung will fly to China again next week for the grand opening of Hyundai Beijing’s 3rd plant. With the 400K a year 3rd plant, Hyundai Beijing can now make as many as 1 million units a year. 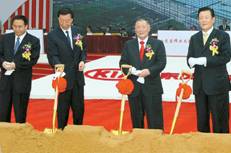 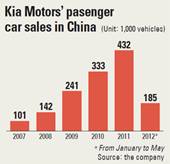 Hyundai and Kia have their overseas operations all over the world. In the sequence of grand opening, they are India, Turkey, Yancheong, Beijing, Alabama, Slovakia, Georgia, Czech Republic, Russia, and Brazil. However, Hyundai’s first overseas operation was Bromont plant in Quebec shown in the above picture. Its ground breaking ceremony took place on Sep 16, 1986, and grand opening on Jul 4, 1989. Too bad the plant closed in 1993 after the total production of 99,997 units of Sonata, but the Hyundai employees from Bromont were the seeds of the following successful overseas operations.
2) Hyundai slips in J.D Power quality survey
Hyundai’s quality image got a hit as Hyundai ranked 18th, down eight notches from last year, in JD Power 2012 Initial Quality Study.  Kia maintained the same slot as last year to rank joint 18th with its sister Hyundai. The IQS survey is made of 228 questions that analyzed the number of problems per 100 vehicles reported by car owners. Both Hyundai and Kia had 107 problems, a bit higher than the industry average of 102 problems among 34 brands surveyed. Lexus was the best with 73 problems per 100 vehicles, followed by Jaguar, Porsche, Cadillac, Honda, Acura, Infiniti, and Toyota. 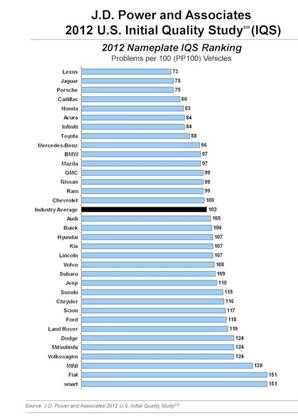 What is painful to Hyundai is that it ranked impressive fourth in 2009, but has slipped continuously since then, to 7th in 2010, and 11th in 2011. HMC must be in high alert after the JD Power 2012 IQS report. The hospitals near Hyundai-Kia headquarters are in 24 hours/ 7 days operation mode to treat patients with blue eyes, and broken ribs.
Regards,
H.S.