Skip to main content
1. National
1) Psy’s Gangnam Style tops iTunes chart
It was just 6 weeks ago I talked about a little breeze blowing from Gangnam in Seoul. It turned into a mega typhoon as the Gangnam Style finally took No.1 spot on the iTunes Top Songs Chart, making Psy the first Korean to get the honor. Psy horse danced in ABC’s Good Morning America, and taught Britney Spears on how to dance “The Ellen Show.”  He also wowed the crowd live in Manhattan on NBC’s “Today’ and made it Psy-turday Night by appearing on Saturday Night Live. The Gangnam Style was viewed by 250 million people in YouTube. If you are still not one of the 250 million, here it is.  http://www.youtube.com/watch?v=9bZkp7q19f0 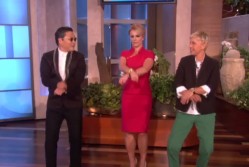 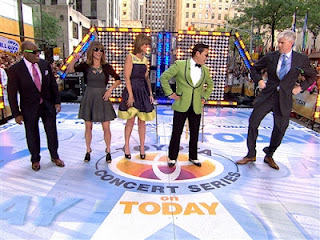 Park Jae-sang is his real name, but Park used Psy as his name when he released his first album titled “Psy from the psycho world” in 2001. Psy had not been a role model because of his dabbling with marijuana and dodging military service, much like Bill Clinton. What’s the difference between the two?  Psy did “inhale” marijuana, and taught an attractive lady on how to horse dance, not on how to use a cigar.

2) Ji-yai Shin wins LPGA British Open
If Psy was in the U.S., Shin Ji-yae was in Britain for the sensation. Shin won Women’s British Open, beating her Korean friend Park In-bee by 9 strokes at Royal Liverpool Golf Club on Sep 16. It was her second LPGA win this year after Kingsmill Championship just a week ago. It was also her second British Open win after four years, and 10th LPGA championship.  With Shin’s British Open, Korean girls won three of the four major LPGA tournaments this year. Yoo Sun-young won the Kraft Nabisco in April, and Choi Na-yeon grabbed the U.S. Women’s open in July. Chinese Feng Shanshan was another major winner with Wegmans Championship in June. 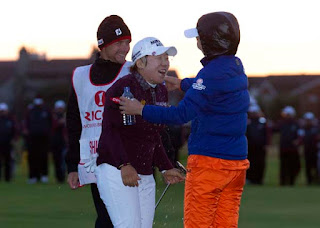 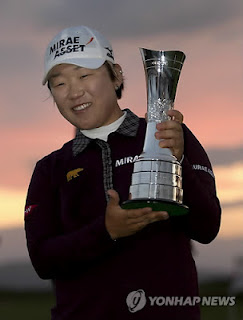 Many Korean ladies have plastic surgery to make their eyes bigger for western look. With all the success from Asian girls in LPGA, American women in LPGA are serious about eye surgery the other way around.
2. Economy
1) Koreans working longest hours
According to the Ministry of Strategy and Finance, Koreans work average 44.6 hours a week, the most hours of the 34 OECD nations, 15 hours more than the Dutch who have the shortest working hours of 30 hours a week.  However, the annual average wage was U$35,406, which is a medium size wage. While Koreans work the most hours, their productivity ranked at a low level as its labor productivity ranked 23rd among the OECD nations. Luxembourg, Norway and the U.S.A. were the top three for labor productivity. 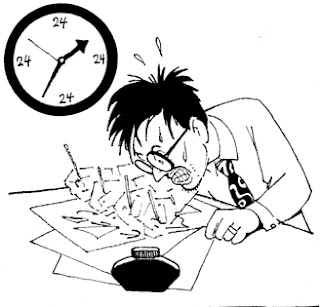 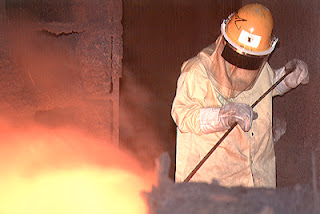 Talking of productivity, Metaldyne engineers were in an 8 hour meeting with Hyundai many years ago. One hour was spent for meaningful discussions, and the rest of the seven hours on how to write meeting minutes better. Ex-employee Dave Tabbert can testify.

3. Auto Industry
1) Visteon in war with Hyundai
According to a local newspaper, Halla Climate Control owned by Visteon of U.S.A. is in a big confrontation against Hyundai as HCC flatly refused Hyundai’s request for annual cost reduction. It is said HCC threatened to stop supplying parts if Hyundai debits the money unilaterally. Hyundai is at a loss as they can neither give special favor to HCC by taking it off from the cost reduction list, nor can take a risk of HCC, which supplies 54% of air con to Hyundai/Kia globally, stopping vehicle production throughout the world. HCC was established in 1986 as a joint venture between Mando and Ford which sold its shares to Visteon in 1999. Visteon currently owns 70% of HCC, and its CEO is Tim Leuliette, someone very familiar to many people reading this Korea update. 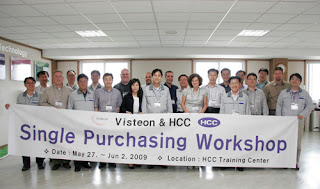 . There will be a last minute negotiation to avoid a major clash from the chicken game as HCC's stock value takes nearly 50% within Visteon Group , and Hyundai can not afford to stop the production line due to lack of parts from HCC. However, a David tried to cut a Goliath’s throat out of anger, and did leave a deep scar on the Goliath neck. That scar will be there for long time for the Goliath to remember.

2) Samsung’s Big son talks with Carlos Ghosn of Renault
Lee Jae-yong, the COO and the only son of Samsung Chairman, met with Carlos Ghosn of Renault-Nissan Alliance. While details of the meeting were not released, it is rumored the two talked about the sale of 19.9% of Samsung’s share in Renault-Samsung Motors in line with Renault’s plan to sell its RSM shares to Nissan. Samsung allowed Renault to use Samsung name until 2020, but with the recent crisis in RSM, Samsung do not see many merits with Samsung name in RSM. If Samsung does get rid of the RSM shares, it would mean Samsung is sticking to its commitment made at the time of bankruptcy in 2000 that “Samsung would never again go into the business that has wheels.” 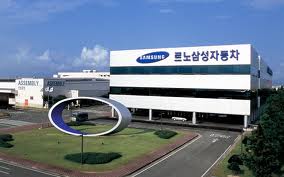 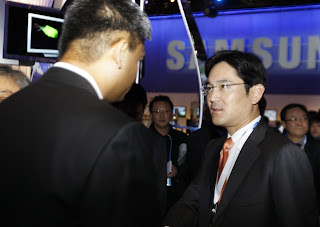