While the whole Korean peninsula turned into Kor-beria with temp dropping to -24 Celsius, the coldest in 35 years, Iran seized a S.Korean oil tanker in Strait of Hormuz on Jan 4, holding 20 crew members. Though Iran cited environmental sea pollution by the tanker, it was clear Iran's move is aimed at pressuring S.Korean government to speed up the release of the 7 billion oil dollars S.Korea is holding to follow the U.S. sanction against Iran.  The two countries have been working on finding a solution such as paying with Covid 19 vaccines, but not much progress.  S.Korea immediately dispatched top officials to Tehran for dialogue, despite Iran's refusal to their entry. It is feared the seizure will last long as there is no easy solution under the current hostile U.S.-Iran relationship. S.Korea turned into a  shrimp caught between two fighting whales or suffering grass under fighting elephants.

There is only one street in Seoul named after a foreign city.  Tehran-ro. Ro meaning street.  One of the busiest streets in Seoul, Tehran- ro was named  so when President Park Jung-hee and Iran's King Pahlavi agreed to name a street for each capital city in 1977. Total of 3.7km (2.3mi) long, Tehran-ro stretches from Gangnam Station through Renaissance Hotel  to Samseong Station where  Intercontinental Hotel is located.  A must visit street when you are in Seoul with your family, but just don't get close to a large beige building next to the Intercontinental Hotel for peace in your family.  Hyundai Department Store filled with Prada, Louis Vuitton, Hermes, Gucci, Cartier, Tiffany, Rolex.... 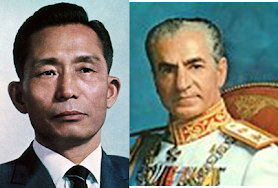 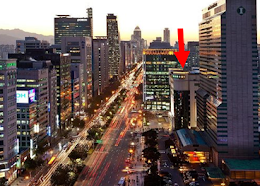 P.S: Hyundai Motor stocks jumped 19.2% on Jan 9, the highest daily pick-up since 1988, after news of talk with Apple. So confidential, even a key direct report to Hyundai Chairman was not aware of this deal. More to follow when the deal is finalized.