Skip to main content
1. National
1) Leaders of North and South Korea flex air muscle
South Korean president Park Geun-hye thumbed up at a ceremony to mark the first deployment of FA-50 fighter jets manufactured with Korea’s indigenous technologies. South Korea plans to produce 60 FA-50 jets to replace old F-5 fighters. Tit for tat, North Korea’s Kim Jong Un also visited an airbase, pushing buttons in a cockpit of Mig-29. The once warming relationship initiated by Kim’s top 3 cronies’ visit to South Korea a month ago is now cooling down rapidly over propaganda leaflets flown by balloons to North Korea, and the pictures of the two leaders in fighter jets were the testimony of cold Korean peninsula. 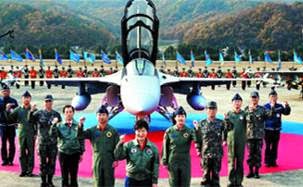 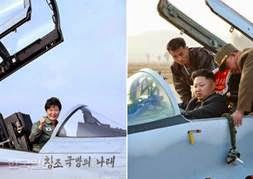 Kim Jong-un’s next photo to be released soon would be with his thumbs at his nose in front of a rocket launch pad, Kim offering Obama free carriage of supplies for the International Space Station that Antares rocket failed to do so last week. 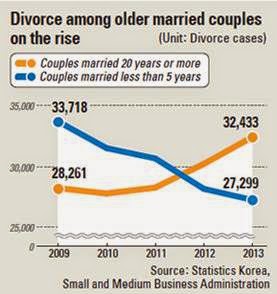 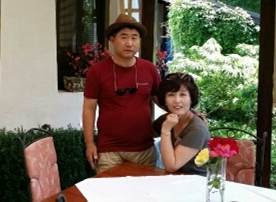 My marriage was in serious danger during Chooseok, Korean Thanksgiving holidays, in 2001. I had secretly lent some money a few months before Chooseok to a friend of mine whom my wife thought not trustworthy. On Chooseok, my friend paid a visit to my father’s house near Gimpo Airport while I was out for some walk, and returned the money to my father, saying “Please pass this money I borrowed to HyungSik” The problem was my wife was there with my father. The recent frosty Park Geun-hye and Kim Jong Un relationship was a honeymoon compared to mine with my wife for the next two weeks after Chooseok. .

2. Economy
1) Korea scores high in business environment
According to the “Doing Business 2015” report by World Bank, Korea ranked 5th out of 189 WB member nations in terms of providing a good environment for business. The evaluation was based on 10 areas; starting a business, obtaining construction permits, access to electricity, registering property, getting credit, protecting minority investors, paying taxes, trading across borders, contract reinforcement and resolving insolvency. Korea scored high for electricity and trading across borders, but low in registering property. Singapore topped the list with U.S. and Japan ranking 7th and 29th, respectively. 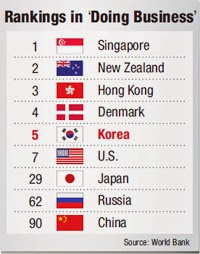 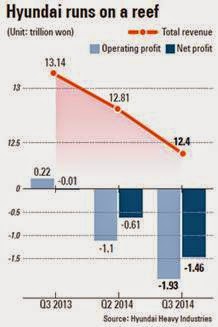 It was lucky for Korea the survey didn’t have ‘labor relationship’ as one of the categories. The militant labor union culture has been prevailing since 1987 when union was legalized after democracy movement. A case in point. While Hyundai Heavy Industry has been suffering from big loss two quarters in a row, 1.1 trillion won in Q2 and another 1.9 trillion in Q3, its union are on strike demanding 6.51% wage increase and 250% bonus, wrongly thinking HHI is a fountain that never dries up.

3. Auto Industry
1) GM Korea to pay for overstated Cruze gas mileage
The Korean version of Department of Transportation said GM Korea voluntarily promised to pay 420,000 won ($400) to owners of Cruze for exaggerated fuel economy claims. The government said the combined mileage for the 1.8L version did not meet the stated 12.4 km/L, rather recording 11 km per liter.  It is expected to have 33 billion won impact to GM Korea.  This is the 2nd time an automaker in Korea had to compensate for false advertising of gas mileage after Hyundai Santa Fe in August this year.

If the Cruze mileage was a negative story, GM Korea had lots of positive news. Its Malibu diesel model is selling like hot cakes, with its sales only restricted by the diesel engines GM Korea has to import from Europe. The combined sale of its 3 RV models (Orlando, Captiva, and Trax) has increased by 29% from the same period last year. These successes have made GM Korea see its sales quadruple in just 12 years after GM bought it from Daewoo. Big hands to GM Korea!

2) Elantra hits 10 million after 24 years
Hyundai Elantra (Avante in Korea) became the first Korean model to reach the 10 million milestone in cumulative global sale, after 24 years its first generation launch in 1990. Only 10 other models have done so, including Toyota Corolla, VW Golf and Beetle, Honda Civic and Ford Focus. Some 7.4 million units were marketed in 177 countries, while around 2.6 million were sold in Korea. About 6.4 million units were manufactured in its Ulsan plant in Korea, while the rest were produced in China, India and the U.S. 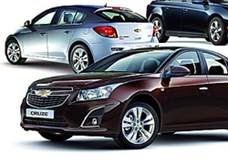 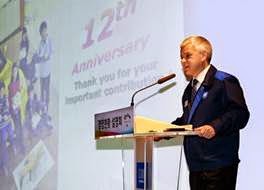 I worked on 2nd generation Elantra that launched in 1995 as a manufacturing engineer. My responsibility was on moving system that includes doors and I had to hear lots of whining noise from my boss who kept forcing me to make better quality Elantra. If you happen to still own a 2nd generation Elantra and hear some nagging wind noise, just be happy with it. It is probably only one tenth of decibel I had to take from my boss. I didn’t say it was you, JJ Kim!