1. National
1) Diplomacy with China in action over the death of a Chinese fisherman
The Minister of Foreign Affairs and Trade expressed regrets over the death of a Chinese fisherman killed during a crackdown on illegal fishing off South Korean waters near Mokpo. The fisherman was violently wielding hacksaws against Korean coast guards before he got shot dead by a rubber bullet. About 30 Chinese fishing boats were illegally fishing in Korean waters when the accident occurred. The Korean minister’s prompt show of regrets was to prevent the incident to develop into a full scale diplomatic issue. A Korean coast guard was killed by the Chinese in Dec 2011 in his attempt to arrest illegal fishermen near Incheon. 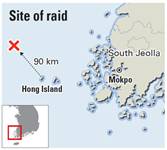 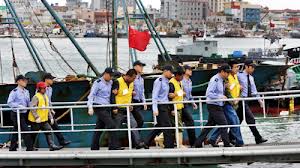 Why do Chinese fishermen keep coming to Korean seas for more fish even if there is huge sea to catch fish near Chinese borders?  It may be the fish caught near Chinese sea have "Made in China" in their fins?

2) Defense minister apologizes over loose surveillance of DMZ
The Minister of Defense made an apology over the defection of a North Korean soldier who was able to pass through the heavily armed border undetected. The military has been much criticized for its failure to detect the North Korean defector on Oct 2, who crossed 4km of DMZ and climbed through barbed wires before he knocked on the door of an army barracks to say he wanted to defect. It is mocked as “knock-knock defection” in Korea. The worse part was that the military initially tried to cover-up, saying their surveillance camera first detected the defector. Five generals are to be disciplined for trying to cover up. 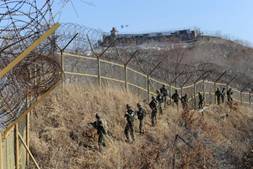 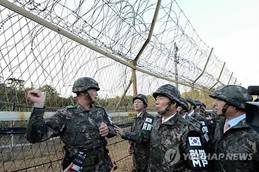 I was stationed in DMZ for a week in 1981as part of military training in college. We were warned to be vigil all the time at night or North Koreans can creep up any time to cut our throats. No North Koreans showed up, but we had to hear many hours of North Korean propaganda songs blaring out from giant speakers. One of the songs was titled “Pyongyang Style.”

2. Economy
1) GCF headquarter to be based in Incheon
Incheon city beat Germany's Bonn to host the Green Climate Fund (GCF), a new world body similar to the International Monetary Fund. This is the first time Korea became home to one of the world's major international bodies.  The 190- member GCF was established in 2011 to help reduce greenhouse gases, carbon emissions and slow climate change with 800 billion funds. Incheon made a commitment to provide 15 floors of offices in the newly developed Songdo International Business District and $9million in operating costs. According to an analysis, the GCF headquarter can generate economic effect worth 380billion won ($344 million) a year. 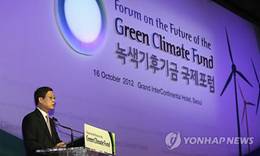 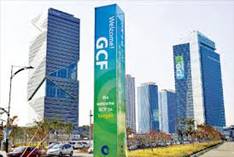 Incheon is best known for successful Inchon landing by U.N. forces led by General Douglas MacArthur on Sep 15, 1950, which turned the Korean War upside down in favor of U.N. and South Korean forces.  Millions of bombs were dropped on Incheon occupied by North Korean forces at that time during the landing.  Koreans hope billions of dollars will drop on Incheon from GCF landing this time.

2) Costco in trouble for not following the government policy  Costco is getting retaliatory shots from the government for refusing to comply with Seoul city government's demand to close on Sunday to help mom and pop stores in the city. Seoul City thus deployed officials to three Costco stores in Seoul with a magnifying glass to see if there is any type of violations Costco is making. The officials found 14 violations such as a problem with emergency lighting and a violation of meat safety standards. The Costco stores inspected will be shut down for five days with 30 million won fine because of the violations.  This is typical case of "Goesim Joi."   Hard to explain , but Goesim means “rude; impertinent; outrageous” and Joi means crime. Goesim Joi is committed if a person or an organization of lower position (worker/supplier/private company) irritates those in upper position (boss/OEM/government) by doing things that are perfectly legal or proper. 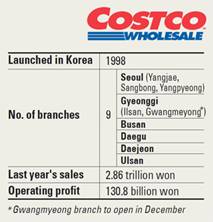 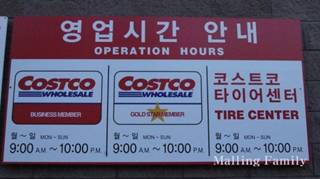 Still have hard time to understand Goesim Joi? I asked my wife a few months ago why she has no problem with spending millions of won for many of her Prada and Louis Vuitton hand bags, but gets cranky about my 15,000 won Adidas soccer ball. I had to sleep in a sofa for three days on charges of Goesim Joi after that question.

3. Auto Industry
1) Hyundai outsource workers porters in electric poles  Two members of Hyundai outsource workers union climbed an electric pole in Ulsan, making their nests at 50meters high from the ground. They are demanding the immediate action to give full regular employee status to the entire outsource workers. They are threatening to jump off the pole if the police try to capture them.   Hundreds of outsource employees gathering under the pone to wage candlelight vigils in support of the two men high above. Hyundai and the police also have sent their forces to the pole to prevent the worst from happening. 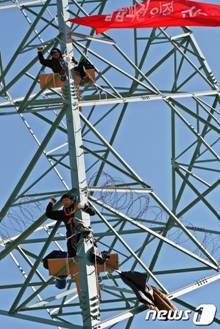 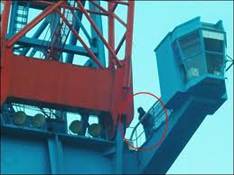 Union activists tend to wage sit-ins high above the ground to get the attention and publicity. Just a year ago, another union activist staged a sit in protest at the top of a goliath crane for 309 days at Hanjin Heavy Industry in Busan. According to Buddhist theory, there is another life before birth and after death. If the theory is true, the monkeys in the trees have high potential to become union activists when they are reborn.
Regards, H.S.

The thing that frustrates me about Costco is not the stupid anti-logical ban, but the fact taht they are blatently choosing to go after a foreign company. Xenophobia is written ALL OVER their actions in this case to the point where IF I lived closer to a Costco I would intentionally ONLY buy there and let the local markets suffer without my money.