Skip to main content
As you may remember, Heather and I are getting married this Saturday the 19th. The preparations are well advanced and there are just a few more things to organise. The final factor will be the weather, because if it rains, we'll have to move it all indoors. Right now the forecast is good and so I hope it holds up. 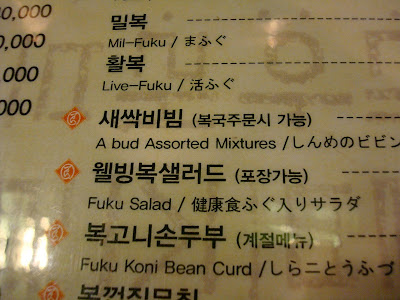 In the meantime though, I believe there is still a little room for some unmarried childishness before the deadline. Dad, Chris, Heather and I ate at a Fuku restaurant in Busan last week and found seemingly endless entertainment in the name 'Fuku' on the menu. Fuku can be pronounced in a few different ways, and a 'Fuku Salad' sounds like something that Van Damme would order in a villain's restaurant. 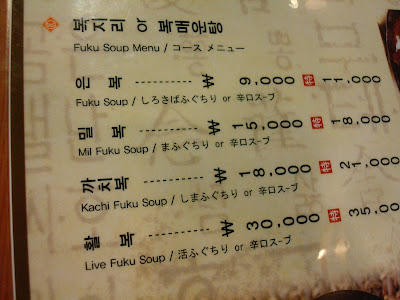 Fuku is, of course, the Japanese word for pufferfish. They're known for their deadly neurotoxin which can kill a person in a matter of minutes if not prepared correctly. You'll know if you're poisoned because it will leave a distinctive tingling sensation on your lips, apparently. 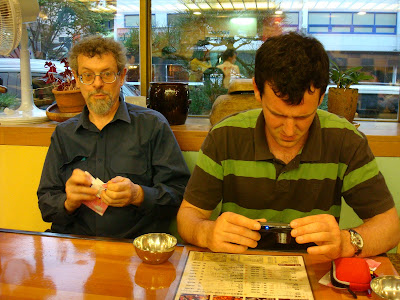 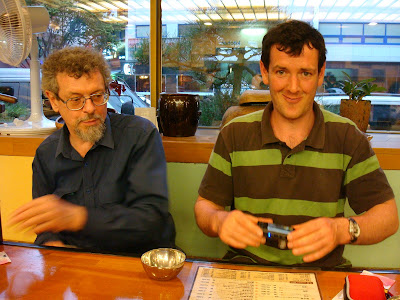 Here's Dad and Chris after a good night's sleep. They seem to be enjoying Busan more than Seoul, which is probably because the environment here is more relaxed and closer to nature. That was the original reason that I chose to live in Busan in the first place. 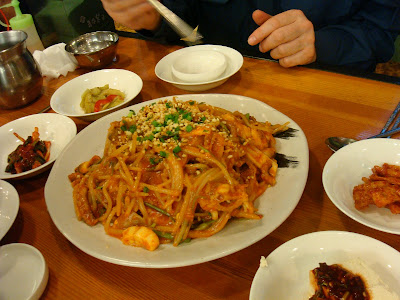 This is what fried fuku looks like. Koreans would normally call this dish agujjim, and it's normally a little too spicy for me. This one was good though. 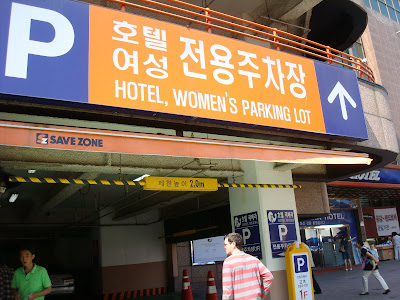 And to end the post this week somewhat politically incorrectly, here is the 'Women's Parking Lot' at the hotel where Dad and Chris are staying in Busan. I'm not sure why it's apparently segregated here at all, and I also saw men parking in here. But it's a befitting example of the low level of bewilderment that permeates the lives of many foreigners living in, and enjoying Korea.

And to you, the reader, that's all from me for the time being. After we get married, we'll be heading to Hong Kong, Macau and Australia for a 2 week honeymoon. There will no doubt be a short interlude while we are enjoying ourselves, but I'll be back to share photos with you. In the meantime, you may want to browse the archives or have a look through some of the other K-blogs in the list on the right. Until next time, I wish you well and we'll hopefully be enjoying ourselves also.