Skip to main content
1. National
1) Soft words in Kim Jong-un’s New Year speech
North Korea’s Kim Jong-un called for an end to confrontation between the two Koreas. “We will make aggressive efforts to improve relations. It is time to end abuse and slander that is only good for doing harm,” said Kim in his New Year speech.  South Korean president Park Geun-hye responded by proposing reunions of war-torn families at the end of January, but North Korea refused, saying, “we can not hold reunions in a situation in which bullets are flying.” The North was referring to the annual Korea-U.S. military exercise planned in February. North Korea did say the reunion talk can take place “in a good season,” hinting the talk after the military training possible. 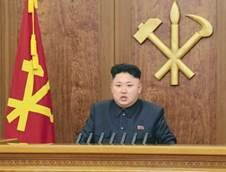 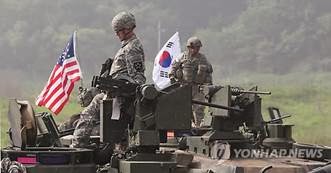 Kim’s New Year message sounds similar to my wife’s New Year resolution. “I am determined to improve the family’s financial health this year,” vows my wife in the beginning of each year. The bill amount from Louis Vuitton and Prada ends up breaking new records every year, though.

2) Conservative history textbook under fire
All but one out of 20 high schools that chose to use a history text book from Kyohak Publishing company had to back off after strong protests from the left wing groups who claim the textbook has conservative slant that show biases toward Japanese colonial rule and the undemocratic military government of former President Park Jung-hee, current president’s father. Over the past few months, the textbook from Kyohak has turned into an ideological war between conservatives and liberals, with each side trying to push a political and historical agenda.  There are 8 different history textbooks approved by the Ministry of Education, but the one from Kyohak is being bullied, only because it is the only one that gives negative views on North Korea’s Kim dynasty. 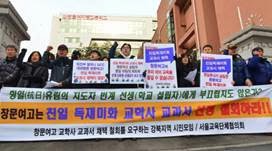 There are over 2,500 high schools in Korea, but only one school is using the conservative history book from Kyohak because of the protesters who even used foul verbal threats over the phone to force the school authorities to reverse their decision. That is 0.04% adoption ratio when it should be 12.5%, if average, with 8 text books. The protesters claim the Kyohak book should be banned because it has a biased stance toward undemocratic government, while they are using undemocratic ways to force others to ditch what the protesters ‘think’ is not right. It is like Colonel Sanders of KFC preaching his employees to give love to animals.

2. National
1) Korea to contribute $867M for U.S. forces in Korea in 2014
Korean government agreed to pay 920 billion won ($867M) for 2014 in a five-year plan for maintaining the 28,500 U.S. soldiers stationed in Korea. Seoul and Washington agreed the payment will increase annually, but not more than 4 % each year for the next five years.  The two allies have had 8 agreements from 1991 in which South Korea paid about 40% of the annual cost for maintaining U.S. forces. 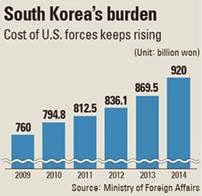 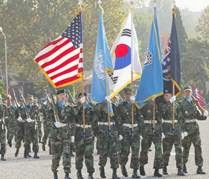 Both South Korea and the U.S. have a lot to benefit with U.S. soldiers in Korea. South Koreans can feel more secure as any attack from Kim Jong-un can be taken as a serious kick in the butt to Burrack Obama. On the other hand, Obama can warn Xi Jinping, “Watch out. Our missiles are only 600 miles from your mainland, not 6,000 miles.”

2) Samsung releases World’s first 110-inch Ultra-HDTV
Samsung has launched a 110-inch ultra-HD TV, making it the biggest set of its kind in the world. It is the first time Samsung has produced a TV screen larger than 100 inches. At 2.6m by 1.8m, the TV is even larger than a king sixe bed. This goliath TV was originally introduced at Consumer Electronics Show in Las Vegas last January. In this year’s CES in Las Vegas a week ago, Samsung showed off a line up of large curved UHD TVs 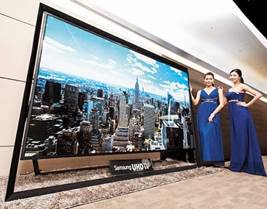 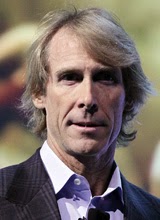 Samsung got its face marred at the CES show last week as Michael Bay, the director of movie Transformer, embarrassed himself while speaking for Samsung’s new curved 105-inch UHD TV for his new movie “Transformer 4.” His teleprompter failed abruptly while he was speaking, and, at a loss on how to react, he just walked off the stage, blaming stage fright. Mr. Bay just didn’t know how to transform himself from a director to an actor. 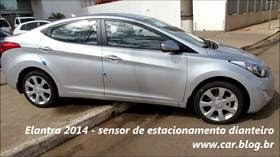 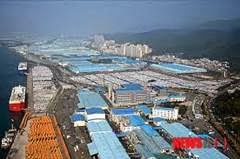 The first generation Elantra made a debut in 1990, and the current Elantra is the 5th. I had worked for the 2nd generation development as a manufacturing engineer, responsible for windows and door system, in Ulsan from 1993 to 1995. If you happened to own an Elantra manufactured between 1995 and 2000, and hear some nagging wind noise, well, take it as a lullaby gift from me.

2) Hyundai and Kia lose some of domestic market share
The combined domestic sales of Hyundai and its sister Kia fell 4.4 percent last year, selling only 1.1 million units in Korea, even though their worldwide sales were up 6 percent thanks to brisk sales in China and the U.S. Their competitors, GM Koreas, Ssangyong and Renault Samsung saw combined sales go up 8.6 percent over the same period. Sales of imported cars also took off with 20% increase.  Hyundai and Kia once had over 80% domestic market share, but are struggling to keep 70% these days. 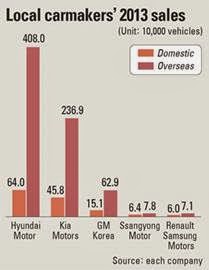 Hyundai and Kia sold 7.55 million units globally in 2013, even more than their capacity. They plan to sell 7.86 million this year, and 4.43 million of those manufactured in their overseas plants. Hyundai/Kia is now world’s 5th car maker after Renault/Nissan, but the difference is only 200K units. With a couple more Hyundai Kia plants to open this year, Carlos Gosen of Renault/Nissan may not be smiling this time next year if he has to take a back seat in Hyundai Chairman Chung’s Elantra.

END_OF_DOCUMENT_TOKEN_TO_BE_REPLACED
Do you think masks should still be required on public transportation in Korea?
Yes
58%
No
42%
Total votes: 118