Skip to main content
1. National
1) Korean team wins 3 golds, ranking 13th in Sochi
Korea wrapped up Sochi Winter Olympics with 3 golds, 3 silvers and 2 bronze, ranking 13th, the worst since Salt Lake in 2002.  Korea could have ranked Top 10 had Victor Ahn, who won 3 golds and 1 bronze for Russia in short track events, had not chosen to become a Russian citizen in 2011. It could also have helped if Yuna Kim’s flawless performance in figure skating was not judged by those with Russian connection. With all the three golds won by female athletes, Korean male athletes better do much better in Pyeongchang in 2018. 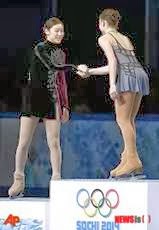 Yuna Kim is retiring after Sochi, and so is her rival Asada Mao of Japan. Both born in 1990, the two have dominated the figure skating for the past 8 years through competition. Asada Mao has been standing in medal stands so often with Yuna Kim a little higher stand that she has learned Korean national anthem by heart.
2) Family reunion resumed in 40 months
A group of 82 South Koreans met relatives from North Korea in North Korea’s Mr.Kunggangsan on Feb 20. It was the first such event after 40 months when inter Korea relationship began to sour. Park Woon-hyung, 93, met his daughter (68) and two sisters in North Korea the first time they got separated in 1951 during the Korean War. Kang Wan-goo, 81, met his older brother (86) in North Korea in 60 years. They lived near Seoul, and got separated when Kang joined the South Korean army, and his older brother was conscripted to North Korean army during the war.  Kim Younghwan, 89, met is his wife (86) in 60 years, but had to keep saying ‘sorry” as his wife in North Korea did not marry again, expecting they will get together someday, while he had a new wife in South Korea.

The Korean War broke out in 1950 and ceased in 1953. The family who got separated during the war had thought DMZ will go away shortly and they will reunite soon, like my grand father whose younger sister fled to North Korea with her communist husband during the war. She would be about 106 years old now if she is still alive.
2. Economy
1) Frozen keeps breaking records
Disney animation “Frozen” has been viewed by 9.61 million Korean spectators since its release on Jan 16, almost one in five, and is expected to break 10 million this week. It has already broken records held by Titanic and Ironman 3 with 9 million, and is fast approaching toward the all time record of 13.6 million viewers with ‘Avatar.’  Korea now has become the biggest market for Frozen outside the U.S., with $73 million in ticket sales so far.  Experts say the causes of its success are its catchy music like “Let it go” and main character Elsa’s life that resembles President Park Geun-hey’s life as both lost their parents and got the kingdom or presidency back later.

Frozen was the first foreign movie my wife and I went to a theater together since Avatar. My wife was very much impressed with the movie, enough to download “Let it go” in her cell phone. I also found business opportunity with it as Disney can market Frozen as a tool to help patients with insomnia, after removing high-pitched “Let it go” portion.
2) More chickens consumed during the Olympics
It would be beers and potato chips for Americans to watch sports events, but it would be beers and chickens for Koreans. Sales of chickens have rebounded due to the Winter Olympics after serious drop by avian flu outbreak in Korea. In Lotte Mart, sales of cooked chicken rose 22% on-year between Feb 10, right after the opening of the Sochi Olympics, and last Sunday. The sales of chicken had dropped 19% from Feb 2 to Feb 8, which was just before Olympics, by contrast. 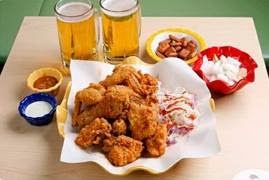 A true story in 2010 when many Koreans were gulping down OB beer and devouring chicken well after mid night to watch Korean soccer team play in World Cup in South Africa. Fighting sleep, a lady began to whine why the hell people in South Africa have to play soccer at 2 o’clock in the morning. The problem was she wasn’t joking.
3. Auto Industry
1) Hyundai to build its No.4 plant in China
Hyundai Beijing currently has three plants in Beijing with 1.05 million units a year capacity. It is about to build its No.4 plant with 300K a year capacity in Chongqing in Sichuan.  Hyundai chose Chongqing because of infrastructure in place for auto industry. Changan Motors and its JV with Ford have plants in Chongqing, producing 2 million vehicles a year, and GM is also building a new plant there. The total auto production in China was 15 million units last year, and is expected to grow 10% a year for the time being, thanks to the 1.3 billion people in motorization.

In other note, rumors have it that Hyundai is very serious about building its No.2 plant in Alabama and the first plant in Mexico. If wrong, my crystal ball must be made in Russia, with its quality performance inspected by the figure skating judges.
Regards,
H.S.