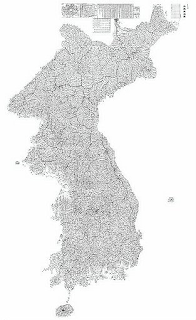 The Daedong Yeojido
Little is known about the cartographer, Kim Jeong Ho but he is said to have walked the entirety of the Korean peninsula in order to collect the information for his maps. The circumstances of his death remain uncertain. However, a popular hypothesis holds that he died in prison after being arrested for including politically sensitive details in his maps. 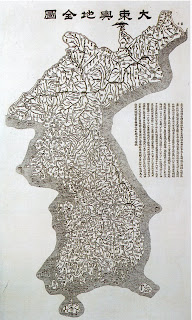 There is an anecdote that, in 1898, the Japanese occupation army, unaware of the existence of the Deadong Yeojido, ordered over 1000 Japanese technicians and 300 Koreans to create a map of the peninsula that would be used for the construction of the Seoul-Pusan train line. After learning about Kim Jeong Ho's work, they noticed that the map they had achieved with modern technology and over a thousand workers was no better than the one created by one man almost 40 years earlier.
Before the Daedong Yeojido, Kim Jeong Ho had published another map, the Cheong Gu Do (청구도), in 1834 on two books, drawing from work by previous cartographers. The Cheong Gu Do was annotated with political, social and cultural comments. and had a scale of about 1:216 000. 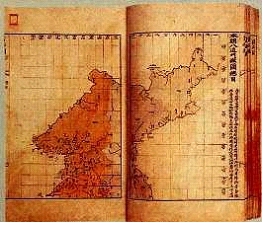 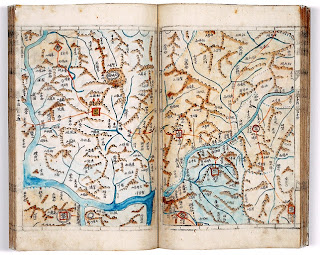 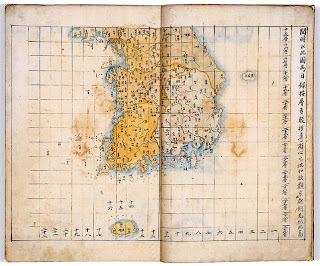