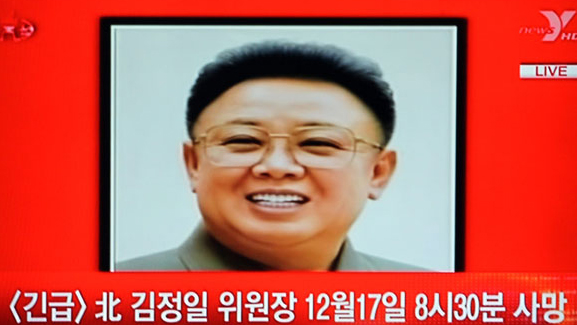 Just after noon today local time, the Korean Central News Agency (KCNA) announced that Kim Jong-il had passed away at 8:30 a.m. on Saturday morning, December 17 while aboard his train. The KCNA said the cause of death was fatigue and overwork due to his the extensive field guidance tour around the country.  Kim was 69. Reuters reported that the cause of death was a heart attack and state media confirmed that Kim experienced a massive heart attack.

Reportedly the South Korean military has been put on emergency alert while all government officials have beenmoved to emergency response status by President Lee Myung-bak which prohibits travel or leave and requires officials to stay in round-the-clock contact with offices.

The central government announced that a state funeral will be held on December 28, led by Kim Jong-un, the late Kim’s third son and heir apparent.

The mood on the ground in South Korea is one of uncertainty—as a more than 4% drop in the local KOSPI showed—as the news came rather unexpectedly given the continued reports in the press that Kim’s health had been vastly improving since his reported stroke in 2008. As citizens go about their busy schedules in the capital of Seoul, there is a sense of what next.  “What will they do now?” asked, Lee Nam-hee, a high school teacher in her mid-40s.  “How can a kid take over a country?” she continued, referring to the youngest Kim. 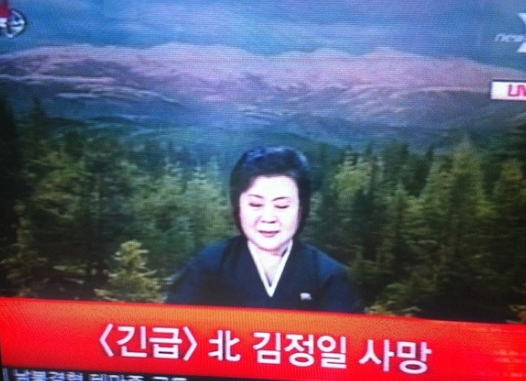 Others on the streets and in subway stations, stared at TVs in restaurants and shop windows or into their electronic devices to find out what had happened.  Most seemed to just say,  “What in the world?” or “Really?” as they found out the news which swept across the world after the scheduled noon announcement from the KCNA—many who’d been aware that the announcement was coming expected something related to the 6-party talks.  Just before noon, a local news station interrupted a broadcast to say that the North would be making an “important announcement soon” and then, about two minutes later, came the news of Kim’s death.  South Korea’s YTN news—a kind of Korean CNN—broadcast the KCNA’s live report with a sobbing female anchor delivering the news with mountains in the background.

What Could be Next

What comes next is where it gets very interesting. Successor designate Kim Jong-un is now in the unenviable position of having to preside over his father’s funeral and then attempt to consolidate his grip on power. What follows is seemingly likely to take one of three paths.

Kim Jong-un, with or without the help of his aunt Kim Kyong-hee and her husband Chang Song-taek may succeed in consolidating his power. This 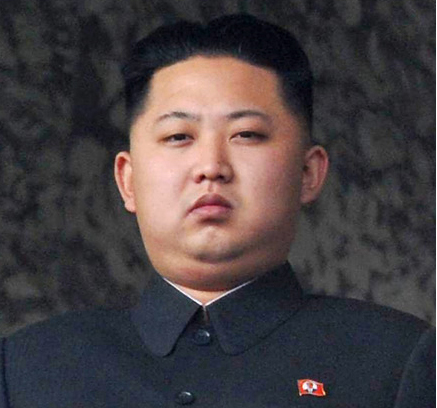 might not happen straight away. He may not simply leap into the shoes  of his father and start going on tours of the country, giving discipilary speeches to the high level cadres that turn up in the newspaper and be the centre of a fanatical personality cult all of his own. The above mentioned has already begun in the North—he was reported to have gone on tours with his father several times, and has his own (still nascent) personality cult. He may take his time, behind the scenes consolidating his power, whilst in public mourning his father’s passing, much like Kim Jong-il did in the three years after the death of his father.

The second possibility is that he may not become the leader. Like with Lenin’s funeral in 1924, a collective leadership might emerge out of the funeral arranging committee or some other party/state organ. This may include him as a primus inter pares, a respected elder (metaphorically speaking), or as just one among many (though unlikely).  What follows could be very messy—i.e., an open or invisible struggle for power, like we saw in the Soviet Union after the death of Stalin. We could see a military coup, that might be messy or orderly. What is certain, is that a collective leadership, following the death of a dictator, especially one who presides over a very personalised political system, is not likely to be stable. But it should also be kept in mind that the elite in Pyongyang is conscious of the need to maintain stability to stop an Arab Spring-like rising.

The third possibility is the emergence of a reformist government; we could, though this is highly unlikely, see what happened with the death of Mao. Hua Guofeng was soon pushed out of power and replaced by the reformist Deng Xiaoping. But this raises the question of legitimacy in a regime that is so personalised, the Kim family being the very state itself (as Louis the fourteenth may never had said “I am the State”).

What is likely is that be he a figure head, a successor apparent, understudy of his aunt, or a primus inter pares, Kim Jong-un is likely to be around for a while.