Today we are heading to the town of Goseong, better known as Dinosaur Village. It is the largest Dinosaur fossil site in the country and footprints from these creatures can still be seen today. I got our backpack ready, Daniel got the cameras ready and off we went to meet Jenny, Neil, Barry, Tiger, Emma, Damon and Bernie. It was one big group of us wannabe dinosaur explorers.

We followed Damon in his car and went through the scenic route. About an hour or so later, we stopped at a beach for some sight seeing and to stretch the old legs. The beach was nice, but ohhh sooo cold. There were a couple of people walking around and fishing and even some ladies cleaning the beach, which was nice to see the Koreans take pride in their beaches. Emma was having a great time playing in the sand, while most of us couldn't feel our fingers anymore lol. 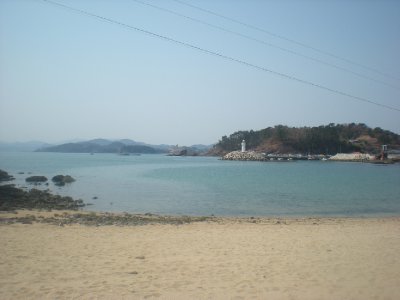 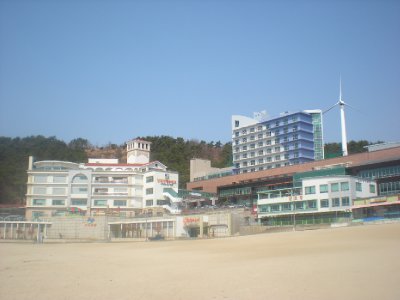 shops at the beach near Jeju

Back in the car, our next stop was the Dinosaur Museum. I was so excited. I've neevr done or seen anything in relation to dinosaurs and I just found the whole thing fascinating. As we drove into the driveway, you could see giant dinosaur sculptures guarding the gate. a $3.00 (W 3,000) parking fee was required and entry to the park only cost us W3,000 each. so cheap! 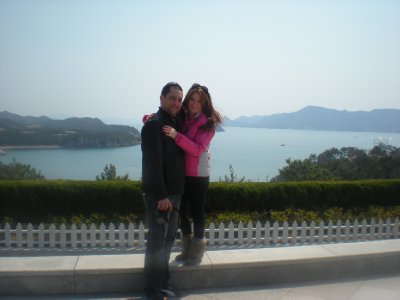 us and the awesome view 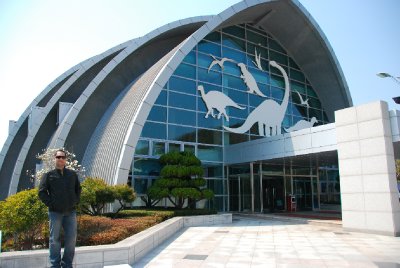 Entrance to the dinosaur museum 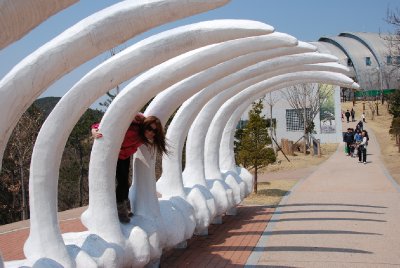 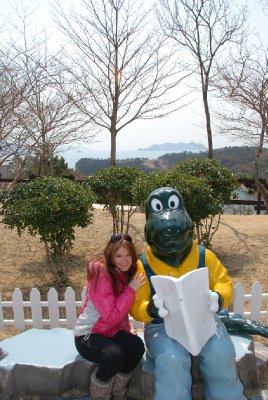 me and my dino friend 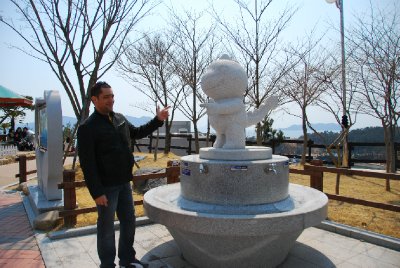 too cute the two of them! 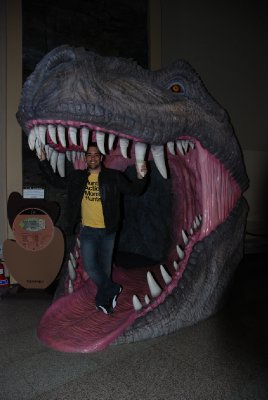 The location is just breathtaking. Set a top of mountain, the view is fantastic. You can see the beach below and the ships in the distance. It was very green and lush and the flowers are starting to bloom, which makes for a beautiful contrast. Once we had our tickets checked, we entered the gates of the Dinosaur Museum. As we entered inside, we are guided by arrows on the floor as to which direction we should go in. The museum is 3 levels high. On the first floor, you can read all about fossils and research. The 2nd level, they talk about the different dinosaurs- which were the predators, their characteristics and habits. On the 3rd floor they had an interactive section, mainly for kids. They also had a blue screen, so you could have you're photo taken with some dinosaurs. Kinda cheesy, so Daniel and I kinda had one done haha!! 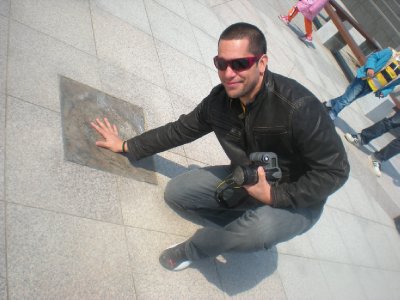 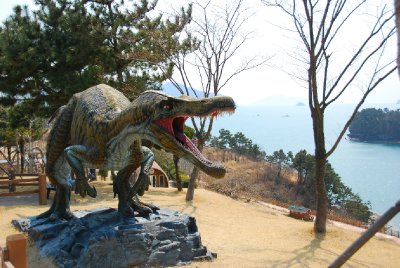 He's coming to eat you! 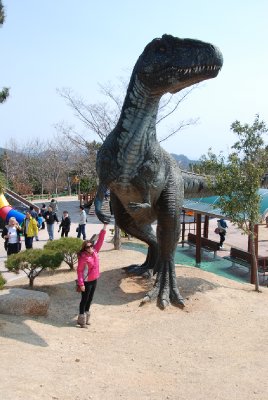 me and T-rex, yup, he would've squished me!

Once outside, you can do the museum in about an hour, we bought some snacks from the cafeteria. Towards the water, they had a pathway leading to an observatory deck. As we walked along, they had life like dinosaur sculptures and play areas for the children. It made for some really good photos, especially the views. I'll tell you what, these dinosaurs had prime location! 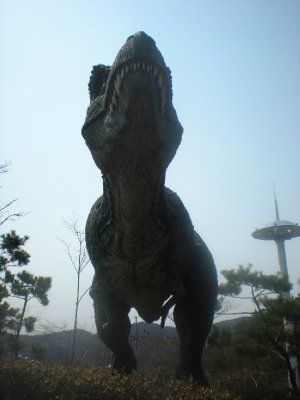 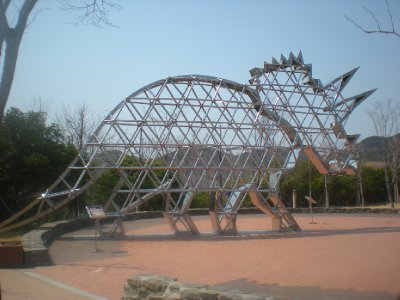 Triceratops in an arty formation...

From the observatory deck, we walked down the path which led to the beach. There was a walkway connecting the the beach and as you walked along you could spot the footprints left by these magnificient creatures. It's amazing that they vanished millions of years ago, yet, they can still be seen today. 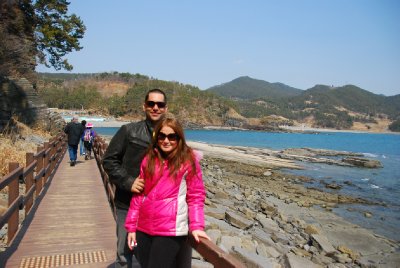 Us amongst the Dino footprints 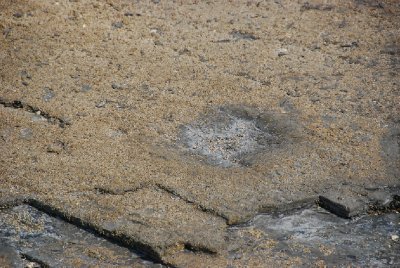 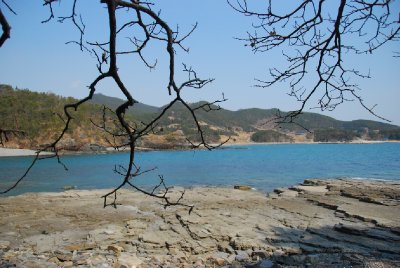 view from the walk way heading towards the footprints

I'm so glad we went to Dinosaur Village. It's nice to be able to go away and know that you've seen the remains of giant lizards. Plus the slipper dip going back to the carpark was- AWESOME!!!!! 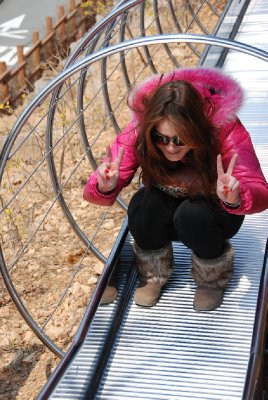 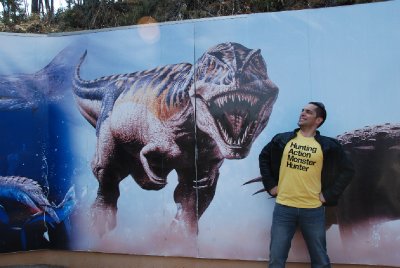 Goseong- Land of the Dinosaurs!! remains copyright of the author Two Otters, a member of the travel community Travellerspoint.