Tiger and Emma arrived back on Thursday so we thought we'd have lunch together today for a much needed catchup. We decided to go see the Birthplace of Kim Jong Yeoung, He is a Korean Artist, and his Traditional Korean home is widely mentioned in Korean children's songs, such as 'Spring is my hometown'

We left just before midday and caught a cab to the residence. When we arrived, it was all closed up and we thought it was abit odd. The only reason why we came is because it is listed as a tourist attraction so we wondered why it was locked up. We were a little disappointed, but figured it was probably closed on weekends.

We walked back towards the Changwon Train Station to get some lunch at the Paris Baguette. I gave Emma some Cadbury Creme Easter Eggs that mum had sent me, as here in Korea they do not celebrate the holiday. As it was late in the afternoon, we caught a cab back to our houses as I had to get ready as Daniel and I were heading into Busan tonight.

Daniel has always wanted to get a tattoo and now seemed to be the right time to do it. He found this great Tattoo artist based in Busan and set up an appointment with him at 7pm. The tattoo shop was not what I imagined. As we drove along the shop front, we were looking out for a tattoo shop, but couldn't see anything. We gave Horitatsu a call and found out he worked from his apartment. We parked the car and he met us downstairs.

The apartment was on the 37 floor or a high rise apartment complex in Centum City. Once inside, it was nice and spacious and he had a great view of the city below him. He also had a cute little pekingese dog called Yoko, I just fell in love with her. 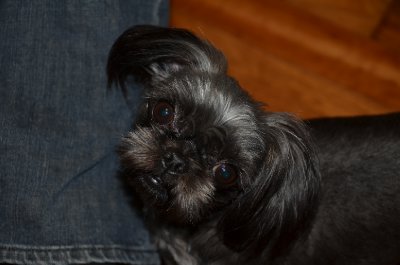 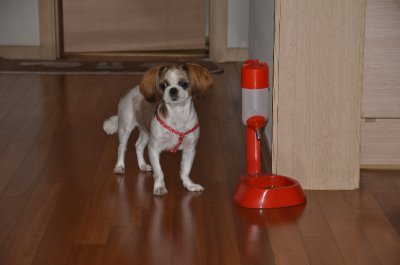 He sat Daniel down and talk him through the process. Horitatsu spoke little English, but enough for us to understand him. He left us waiting for a little while as he went into the next room to get the design he'd drawn up. Daniel would have ' This too shall pass' inked onto his back shoulder. 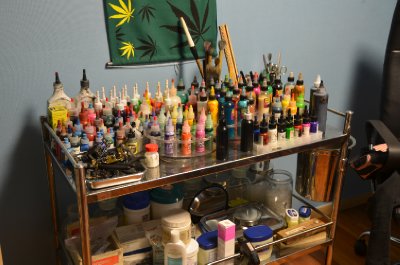 Daniel took his shirt off and Horitatsu transferred the image onto his skin. With the text looking good and the position correct, it was time for the tattooing to begin.

This was Daniel first tattoo and it was all very exciting!!! I sat there, opposite Daniel with Yoko in my arms, watching while Horitatsu worked on his back. The whole process took about an hour and I was impressed with what a great job Horitatsu did. 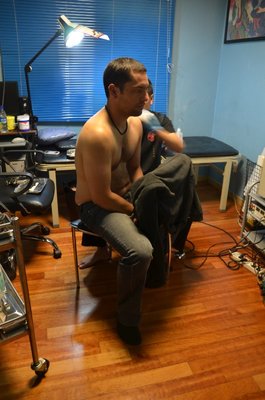 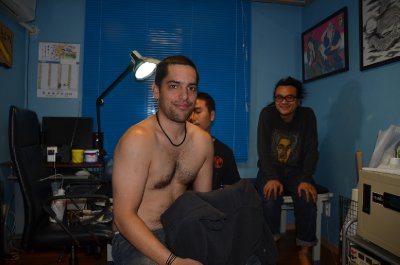 Horitatsu when through the after care with Daniel and with that, we said our goodbyes; but not for long. Daniel has another design in the making, so we'll probably be back after our Spain trip to start the new ink.

Now that I've seen the process from start to finish it kinda makes me want to get a tattoo. For the time being, I'll stick to piercings but we'll see what happens 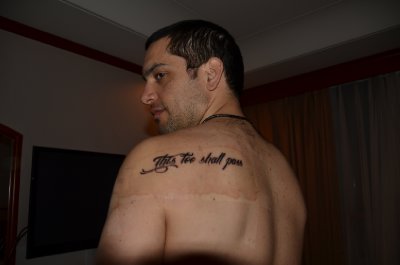 Getting inked in Busan remains copyright of the author Two Otters, a member of the travel community Travellerspoint.