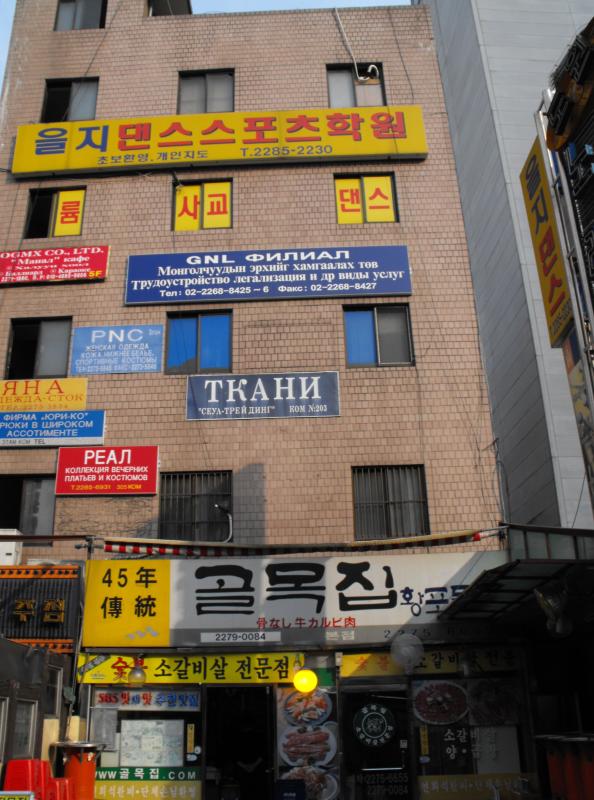 Across the street from the famous Dongdaemun street is an older part of town sometimes called Russiatown or Central Asia town). There's no big tourist welcome, no signs telling the history of the area, no indication that one has entered a Russian town, and it would be easy to pass through this area without knowing some of the history of the area. Welcome to 'Russia Town'.

Russians in Korea date back to the late 19th century, although the numbers began to decline after the Russo-Japanese war in 1905. Despite the decades of war, occupation, and post-colonialism, a Russia town opened in the late 1980's in what we now know as Gwanghui-dong, or Euljiro-6-ga as another reference. As of 2004, an estimated 50,000 Russians were living in the area, according to Wikipedia. As of my visit in 2009, that number seems seriously overreported. Whether they were all working in nearby shops or staying busy in other areas of town, two trips to the area revealed precious few Russians around. 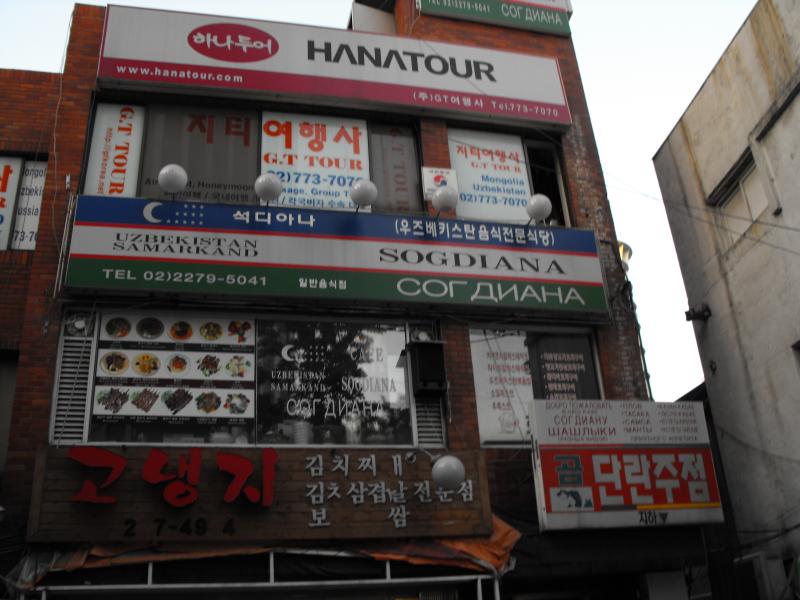 The appearance of the Cyrillic alphabet is the biggest hint you're in the right area. Most times, however, you'll see far more Koreans or foreign visitors than people who live in the area. 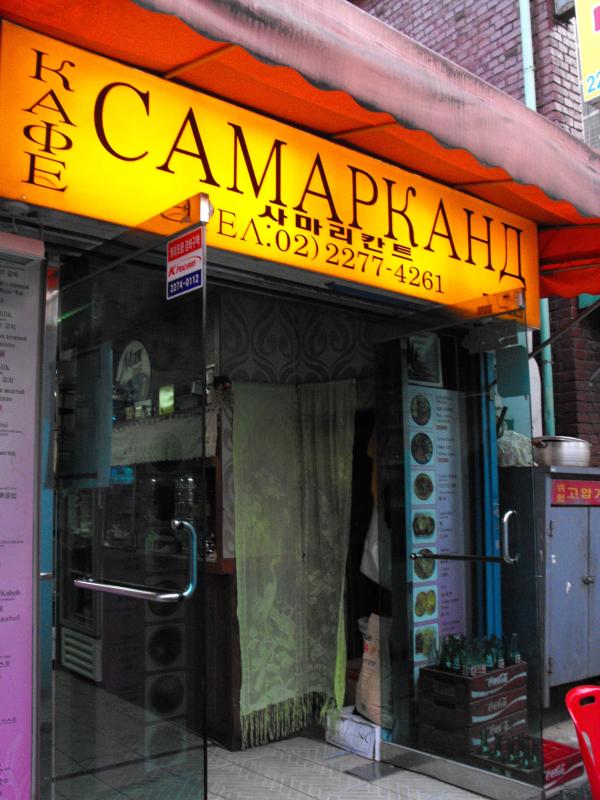 One of several Russian restaurants around the square-block area.

The Russian influence in this central part of Seoul has been giving way to the realities of higher-priced properties and a greater interest in development. The result is that the Russian influence is less felt in the area; running into many Russian expats is unlikely, but seeing this area turned into an actual tourist area is even less likely.

It's not precisely a tourist area, and is unlikely to be developed into one by the powers that be. Perhaps this was a waste of a Destination post, but I enjoyed visiting the area - and eating in the area. While I can't recommend any specific place, consider patronizing any place that tries to maintain an authentic menu or Cyrillic alphabet signage.

Directions: Take lines 2, 4, or 5 of the Seoul subway system to the Dongdaemun Stadium station. Take exit 5 to street level, turn right, and look for Cyrillic signs. The area considered 'Russia Town' won't appear on any maps, but is roughly a couple of square blocks near the subway exit off the main roads.