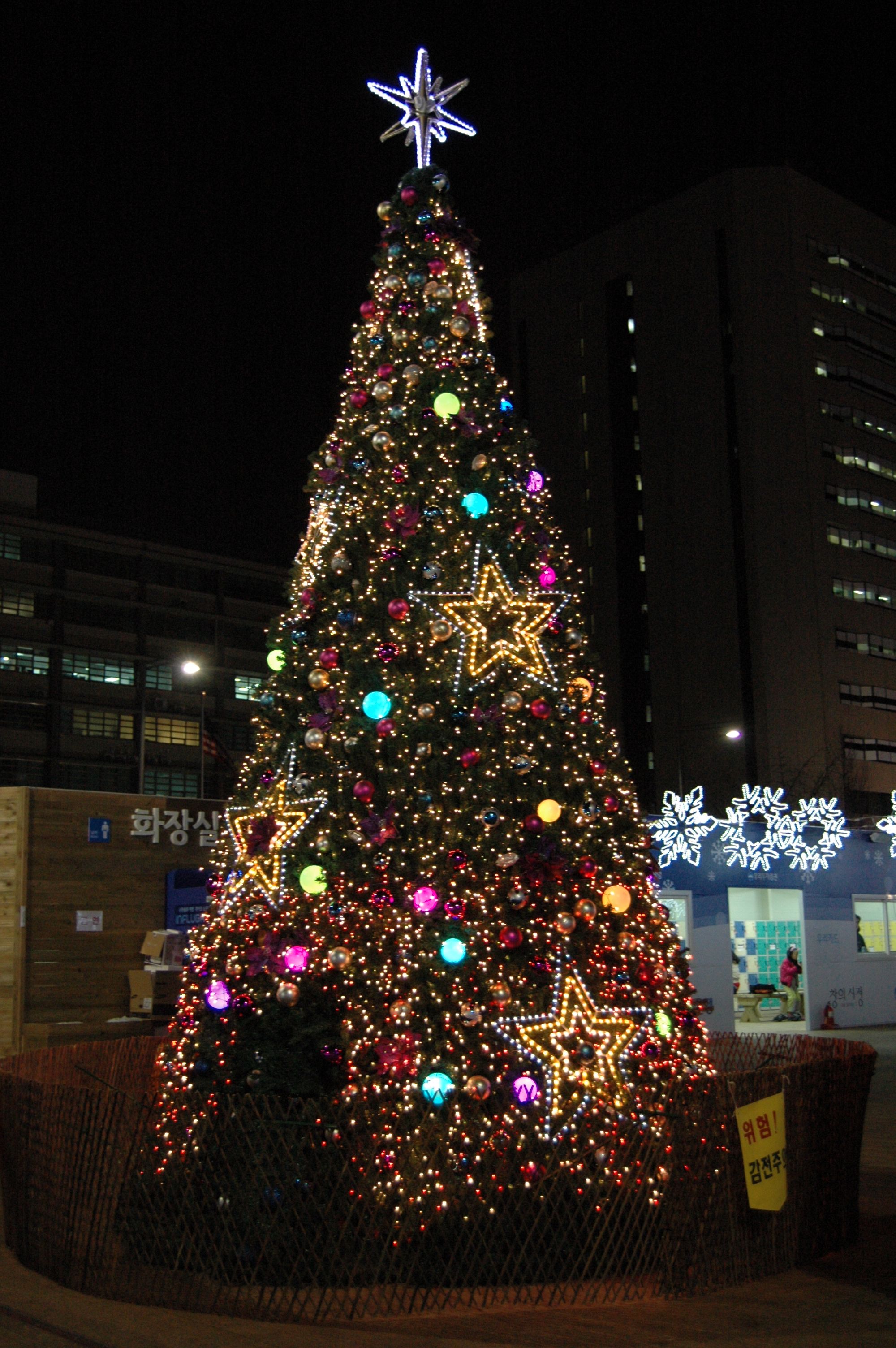 This year's skating option for the masses has opened in downtown Seoul for the winter season. Gwanghwamun Plaza is not nearly as large as, say, Lotte World's skating rink, but 1,000 won (about $0.80 USD) for admission and skate rental is hard to beat. 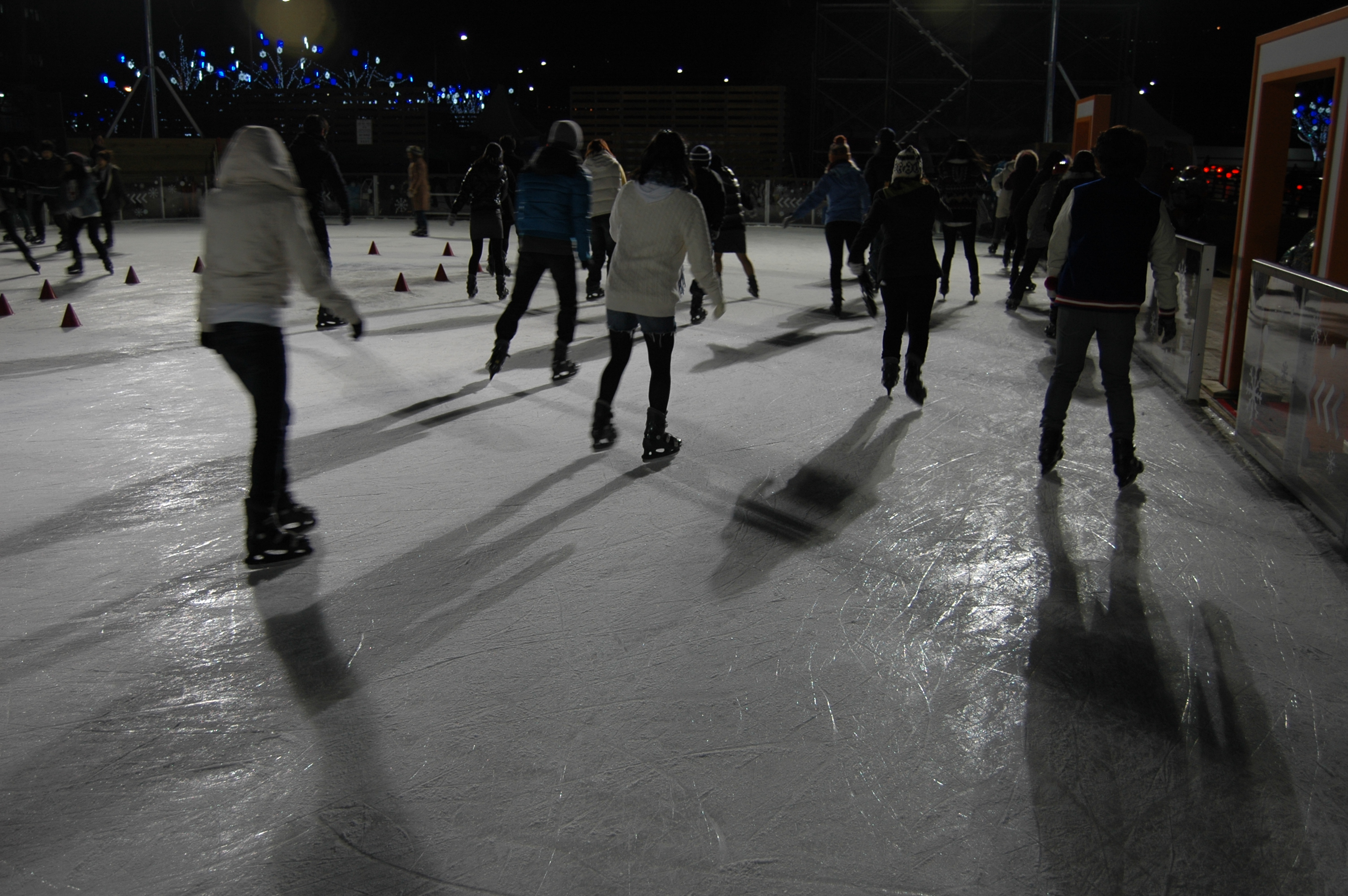 Night skating is fairly well-lit - and also when you'll see the larger crowds. The area was mostly cordoned off during the recent Big Air snowboarding festival, but on weekdays is less busy than the weekends. It's open fairly late - until 10pm on the weekdays and 11pm on the weekends or holidays. 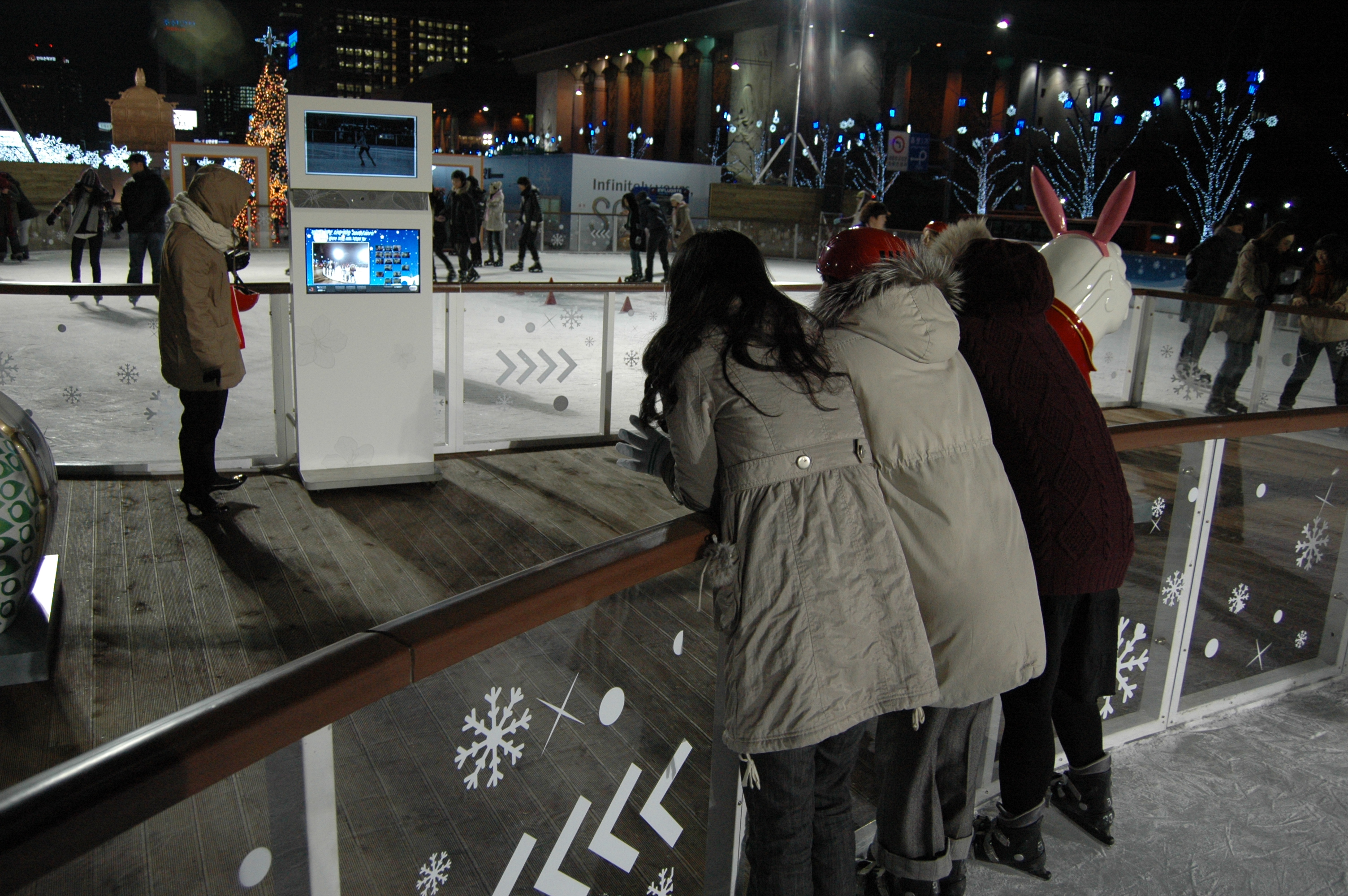 One of the ubiquitous photo booths - surprisingly set up off the ice for pictures while on the ice. You can either get a friend to push the button or run around a side gate to the left and run back onto the ice in time for the picture. 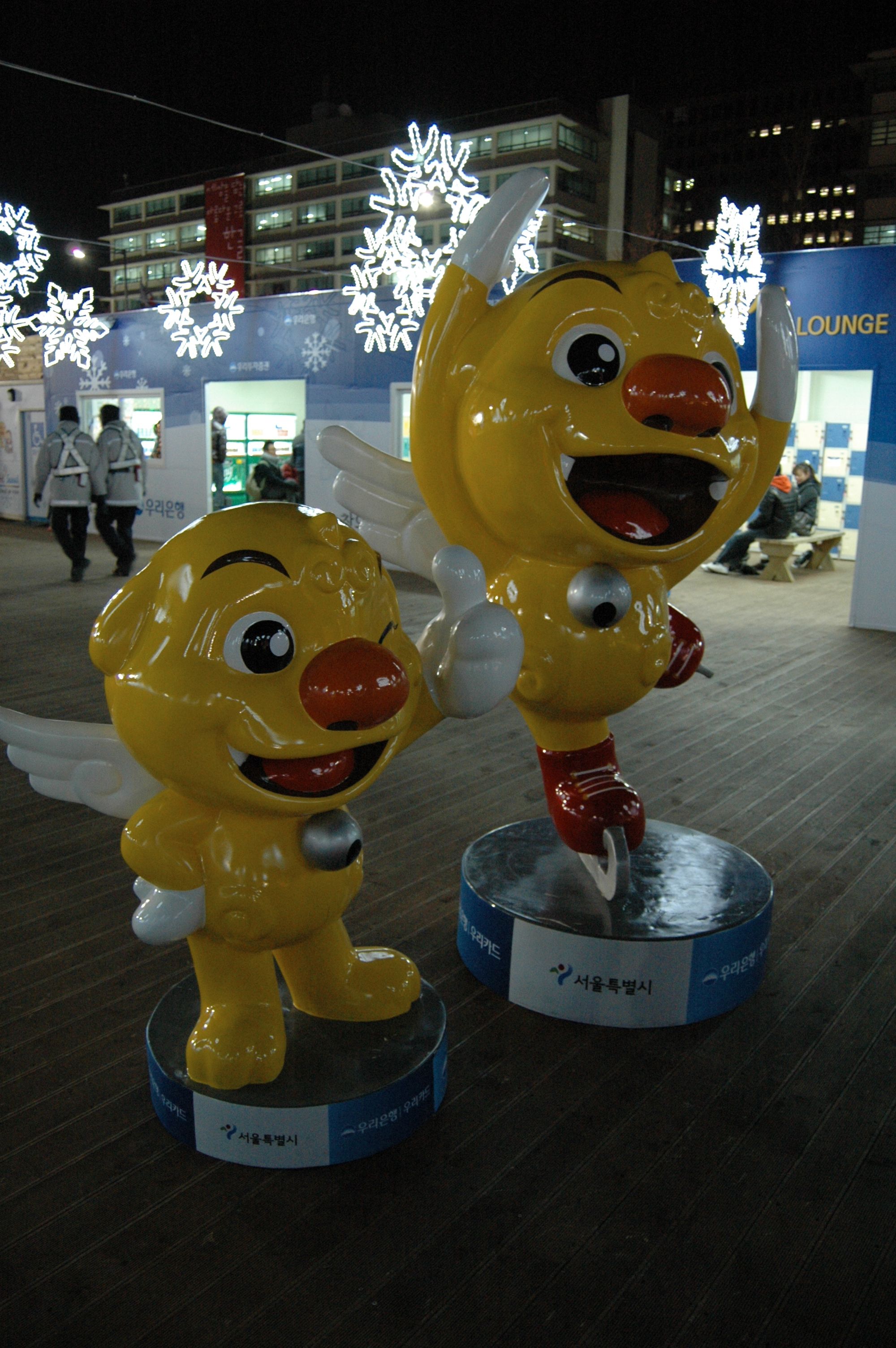 The mythical haechi apparently skates as well.
Setup for both the locals and tourists, it's well-built and well-designed. English signage is everywhere, and plenty of facilities are nearby before and after skating. That you're in downtown Seoul means you're near Cheonggyecheon, Deoksugung, the Story of King Sejong Museum, and any number of restaurants or coffee shops. If you've been in Seoul for a long time there isn't anything new here, but it's definitely an incremental improvement from last year.
The rink is expected to stay open until February 15, 2010. Some skating classes are available from 9am-11am everyday; 10,000 won gets an hour of instruction and an hour of free skating. Check out www.seoulskate.or.kr for online booking, but I'd expect the lesson to be in Korean.
Ratings (out of 5 taeguks):
Ease to arrive:

Directions: Take line 5 of the Seoul subway system to the Gwanghwamun station. Take exit 2 to street level, then cross the street towards the plaza (the middle part of the road separating the flow of traffic). Gyeongbokgung station on line 3 also stops nearby - take exit 6 to get to the plaza. Open from 10am - 10pm Monday-Thursday, from 10am-11pm on holidays and weekends . Admission 1,000 won per one-hour session, includes skate rental.