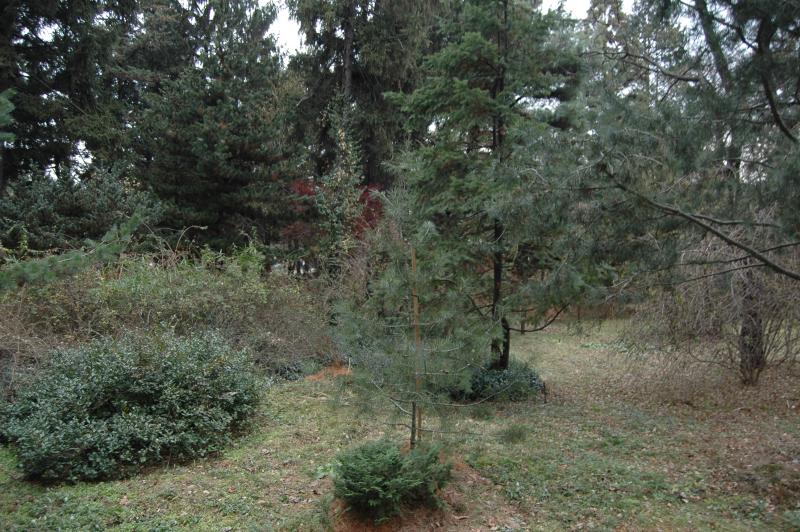 Across the street from the King Sejong Memorial Hall rests the Hongneung Arboretum. The arboretum is cleverly disguised as the Korea Forest Research Institute, as the focus is more on research than tourism. That explains why it’s only open to the public on Saturdays and Sundays. 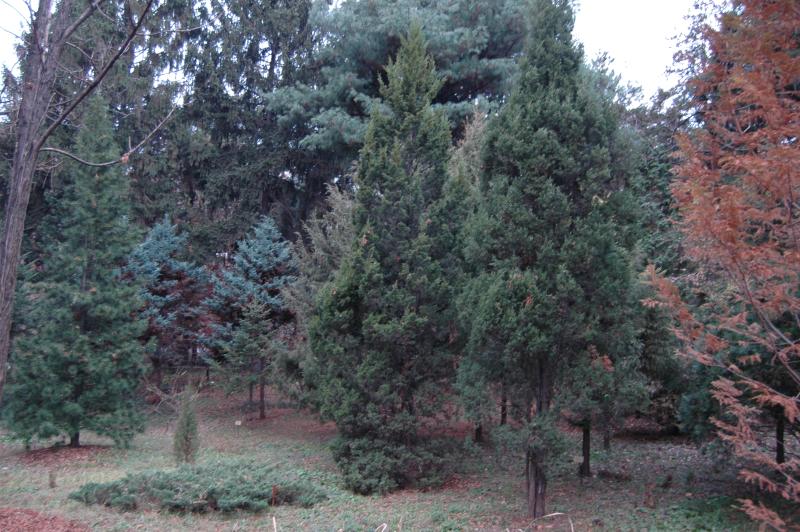 Some of the trees in the Conifer garden.

Hongneung is so named because the area was once the tomb of the last Empress. After her tomb was moved elsewhere in 1919, the area became a protected historic forest and Korea’s first arboretum in 1922. Although the area was decimated by the Korean War (only a few relics remain), it was rebuilt in the mid-1960’s with several specialized gardens that still exist today. The result is a much more natural-looking ‘forest’, albeit with a few of life’s modern conveniences. Currently, the area has 14 specialized gardens, with a total of over 2,000 different species in 157 families. 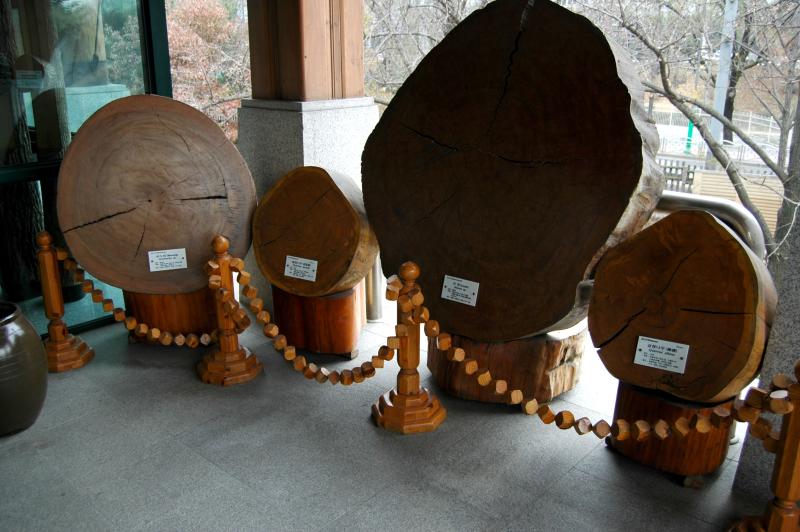 The Forest Science Exhibition Hall – the only open building in the area. Opened on November 6, 1999, this three-story museum is one part commercially oriented (and what isn’t in Korea?), one part preservation oriented, and one part ironic. Is it surprising to anyone else that a forest exhibition hall is made of… wood? Ask for an English-language brochure while here (young-eo an-nae is-so-yo?) - it's the only information in English around. Start on the second floor: 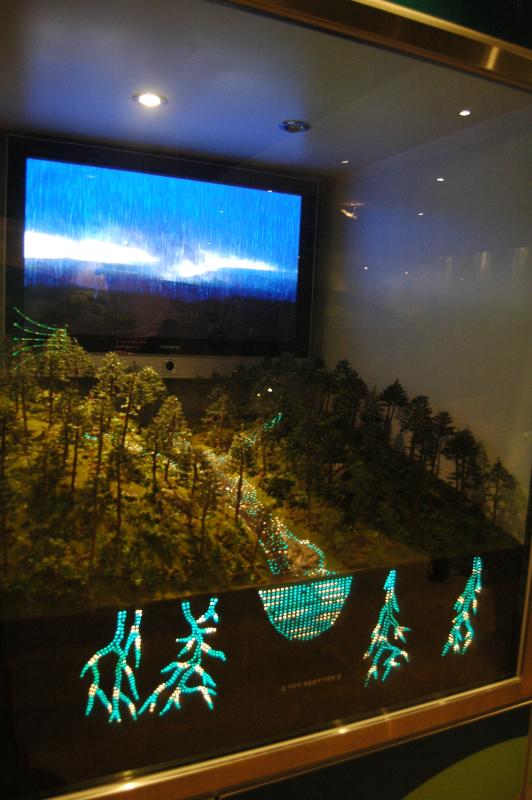 The water cycle displayed with some modern technology - if I seen this when I was a kid I might've paid more attention in science classes... 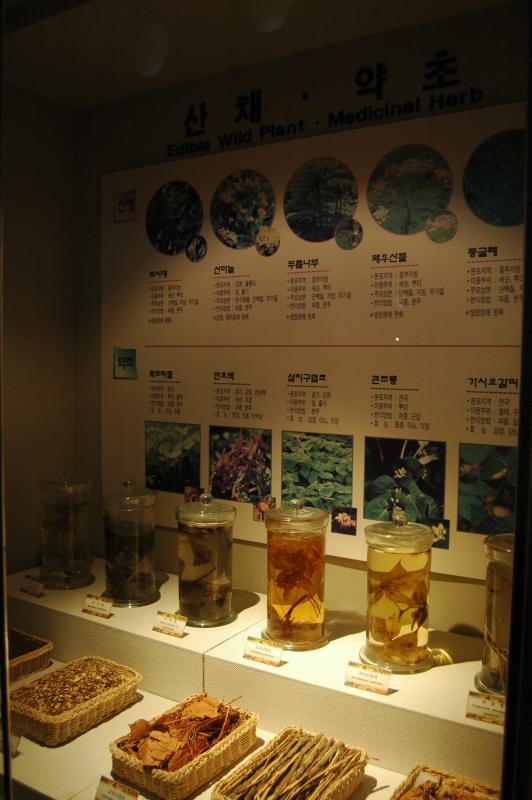 Edible wild plants and medicinal herbs - while not as common as you might think, you never know what you'll see while meandering about the arboretum. 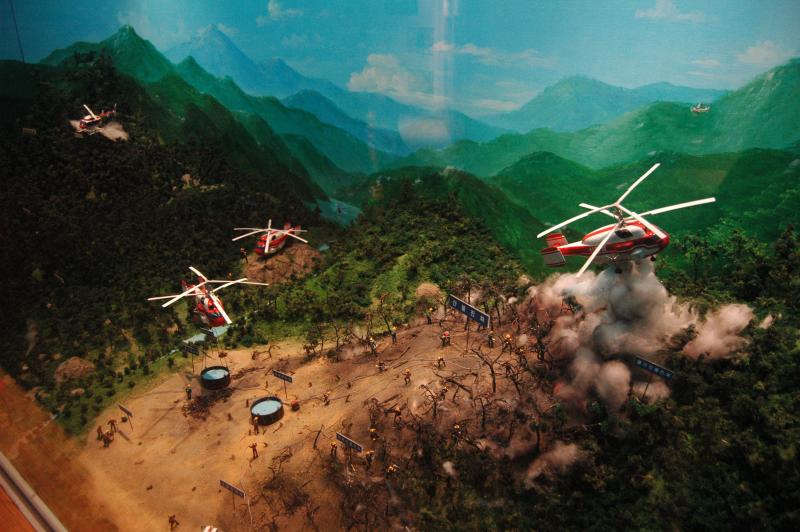 A few dioramas show how forests and humans form a ‘partnership’ – in other words, the various ways the forest is used by humans.

The third floor holds some more sights and sounds – some motion activated, or in this case, hand-cranked: 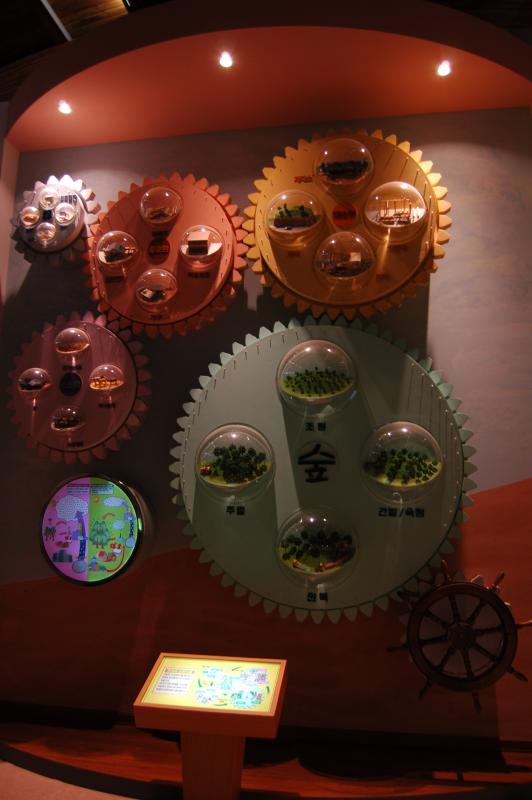 The first floor is chiefly about products made from the forest – reminding me more of a trade fair than a museum: 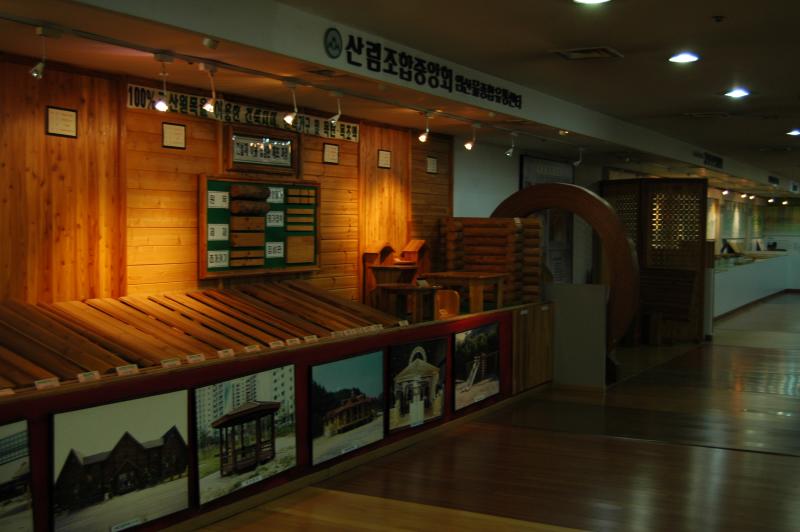 Several different companies had booths (but no people) showing off their nature-manufactured, human-improved wares.

Having had my fill of museums, it's time to get back into the arboretum. The Deciduous garden was the next one we saw: 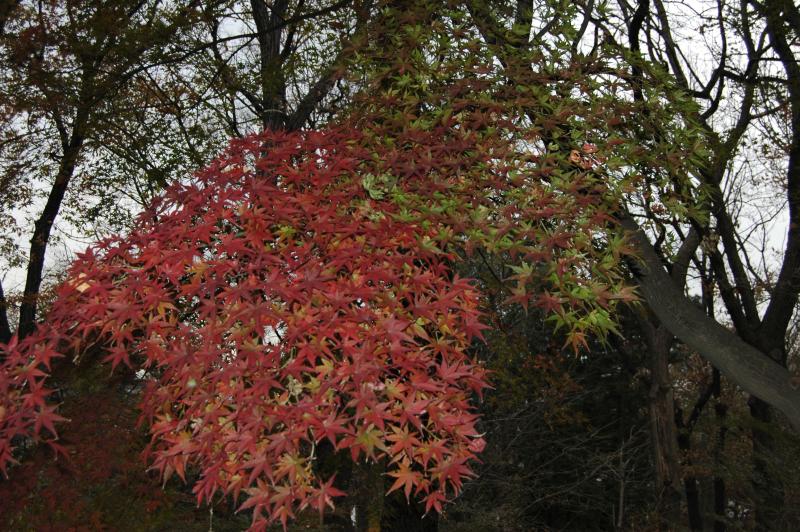 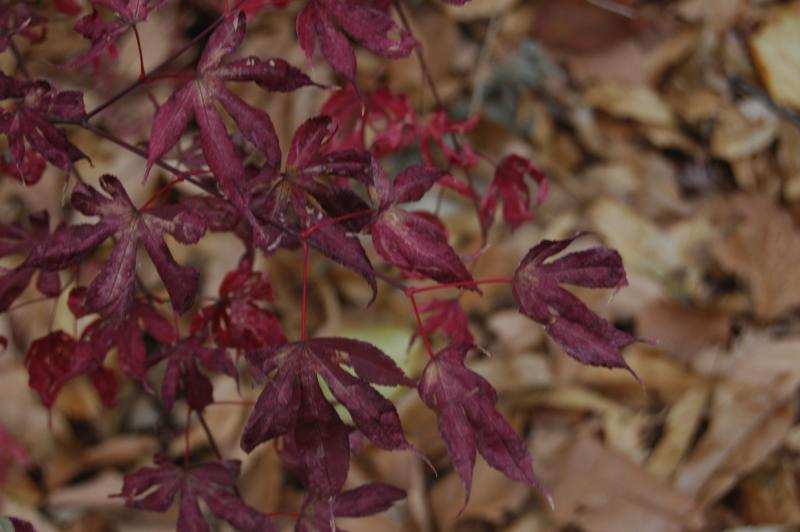 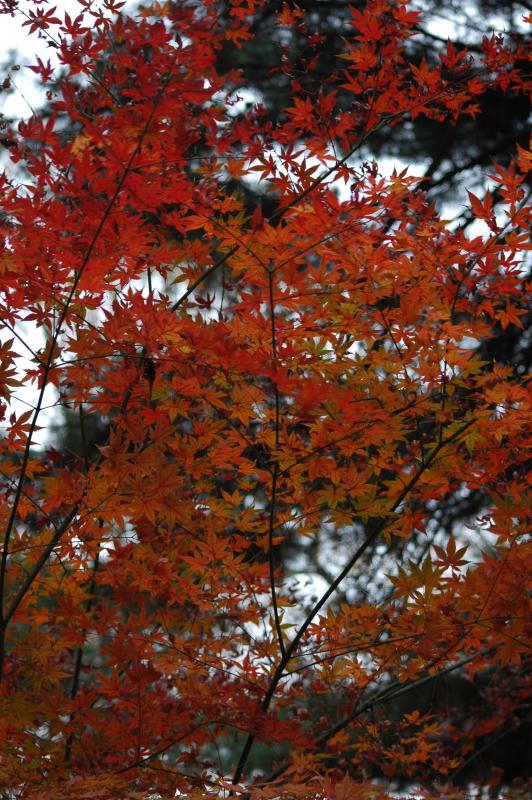 Still quite colorful even though it's mid-November. 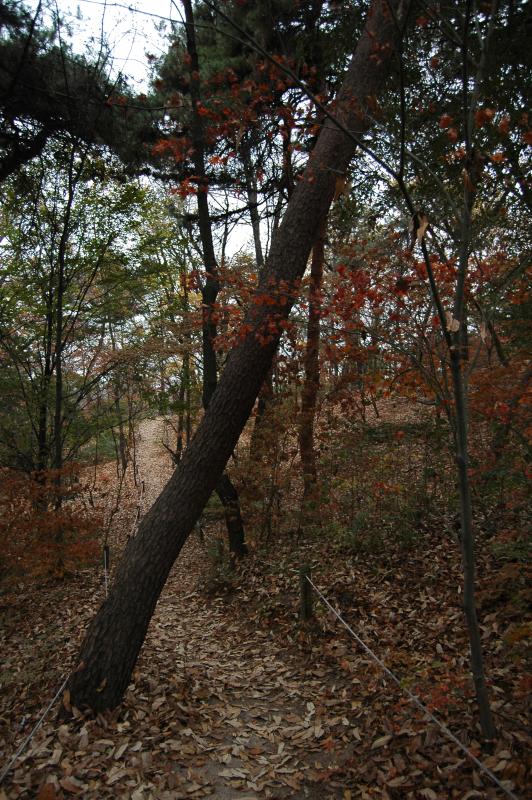 Excuse us - this is our walking area :) 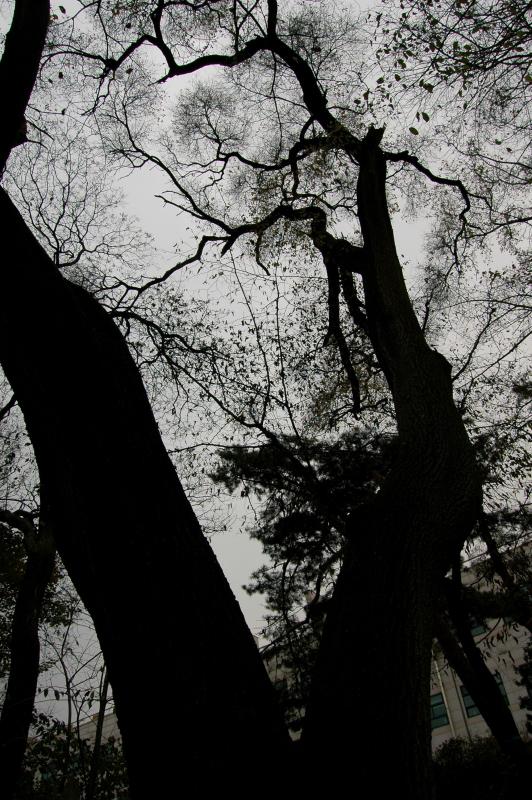 Despite splitting down the middle, this tree has grown quite tall.

The arboretum offers several different paths – the longest route would probably take a full day to traverse, but we felt quite satisfied with the couple hours spent amidst the trees and shrubs. That there are few signs and only one map posted by the entrance means you’ll need to keep your bearings, or you may find yourself walking longer than anticpated. If you find yourself approaching the closed-off area, it’s time to head back the other way.

It’s one of the most authentic looking and feeling forests within the boundaries of Seoul, even if it is only open on the weekends. Considering how much of what's supposed to be 'natural' seems much more constructed, being authentic is high praise. It’s almost certainly the prettiest during the spring or fall, but even in late fall there was enough to see. There aren't many places to sit down with a picnic, but a resourceful expat can likely make do. Bring a snack or drink - only a few older vending machines with drinks await you once inside.

Directions to Hongneung Arboretum: Take line 6 of the Seoul subway system to the Korea University station. Take exit 3 to street level, and walk for about 50 meters. Cross the first major road you see (Hoegiro), then turn right. Walk under a bridge and past the Korea Institute of Science and Technology. Turn left into the Korea Forest Research Institute after the wooden fence turns into a gate. Free admission; open ONLY on Saturdays and Sundays. Open 10am-5pm from March to October; 10am-4pm from November to February.