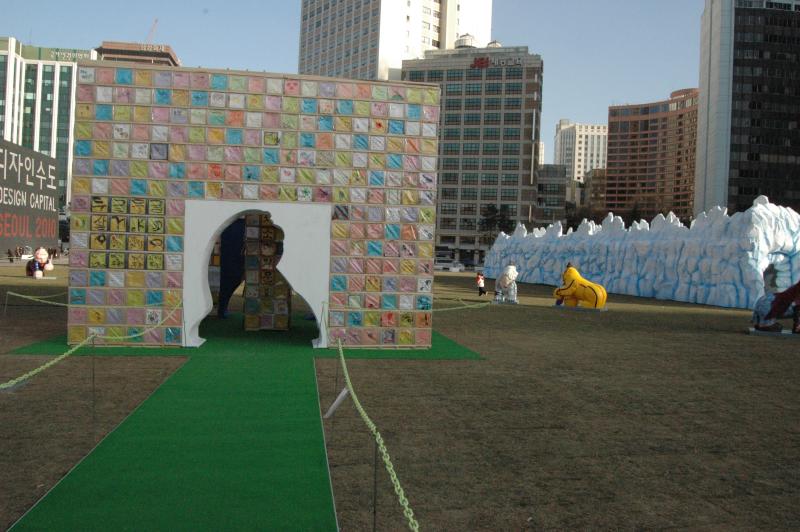 This season's Hi Seoul Festival welcomes you some citizen art and a scaled back, toned-down attitude. Gone is the multi-story information booth with computers and internet ostensibly to tell you about the festival, as well as the scattered locations across the city. This particular festival, which started on December 19th and goes through January 24th (but with multiple things going until February 15th) has enough to spread across two visits or to fit into one day if you're cramming. Start in Seoul Plaza after exiting from City Hall Station: 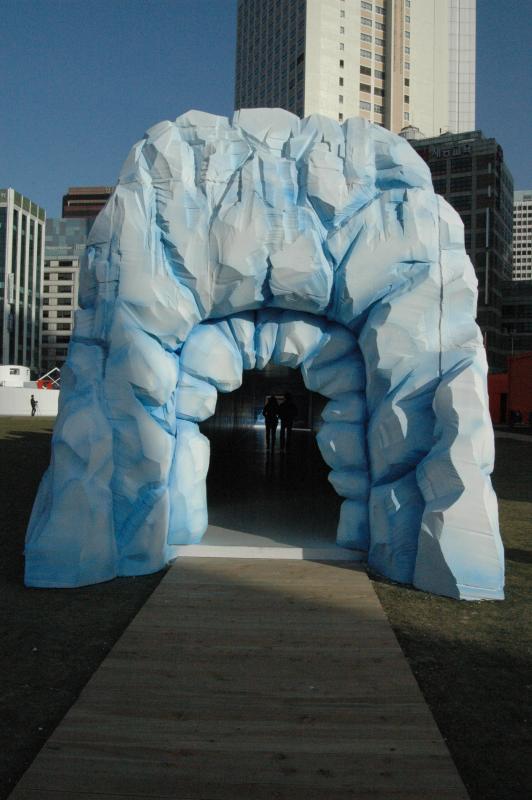 Welcome to the South Pole - or something like that. The brochure calls it 'Seoul Plaza Winter's Story' and the 'South Pole Experience and Exhibition', but it's essentially an exhibit on the polar stations Korean scientists study the planet from. 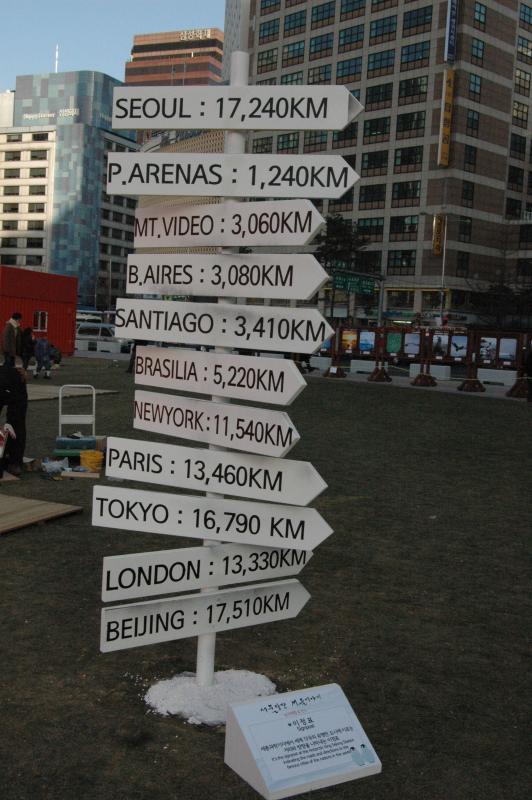 A replica of the signpost in front of the King Sejong station in Antarctica, not far from the South Pole. 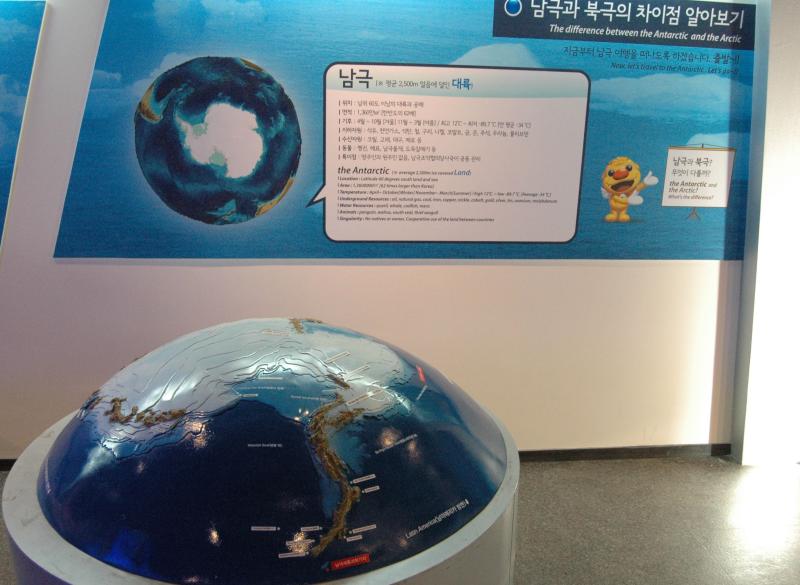 Inside one of the exhibits. While no English brochure is available, the walls carried more than enough English information to inform the tourist, teacher, or other English-speaking visitor. 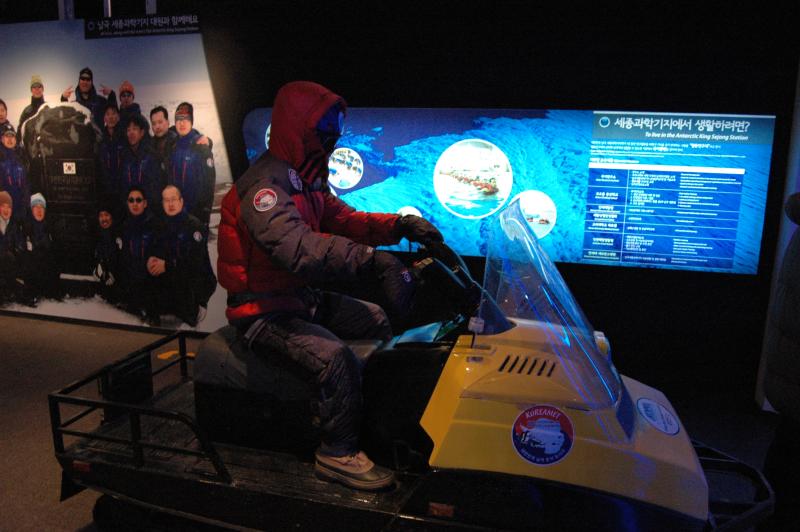 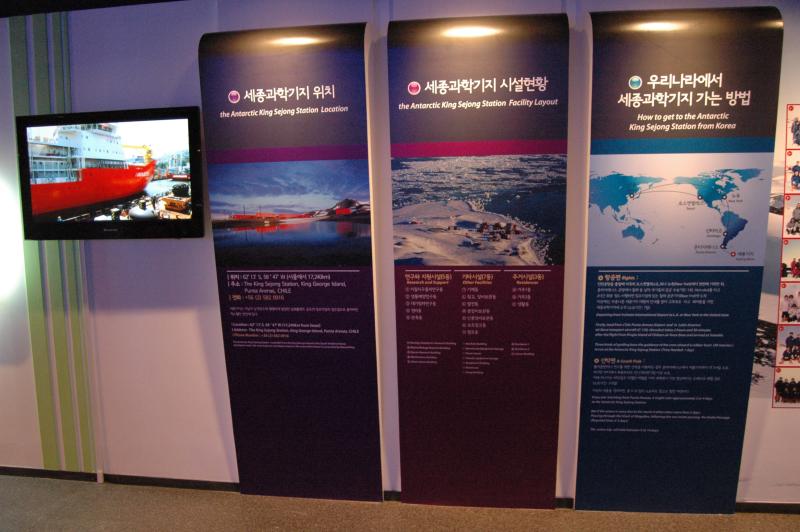 Not sure if the signs need to give directions to the Antarctic science station, but it's nice to know they exist. 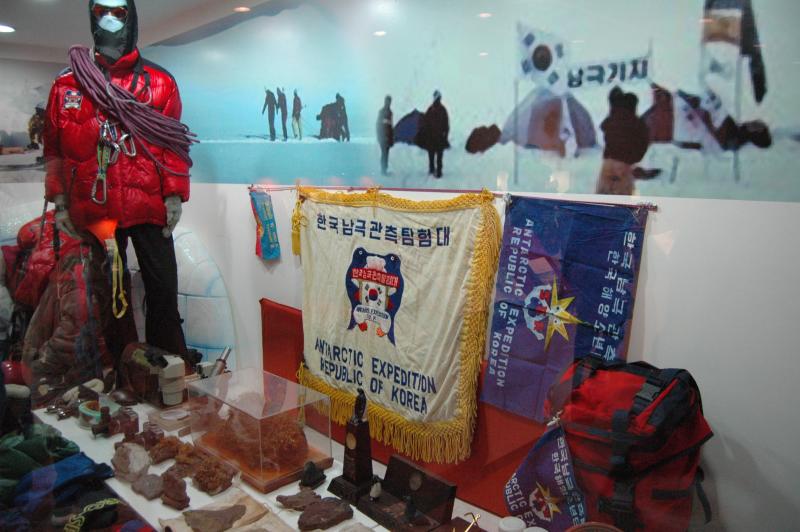 Just a few souvenirs many of the expeditions have come back with. Not pictured are the patches, the stamps, the books, and quite a few other things around the buildings. 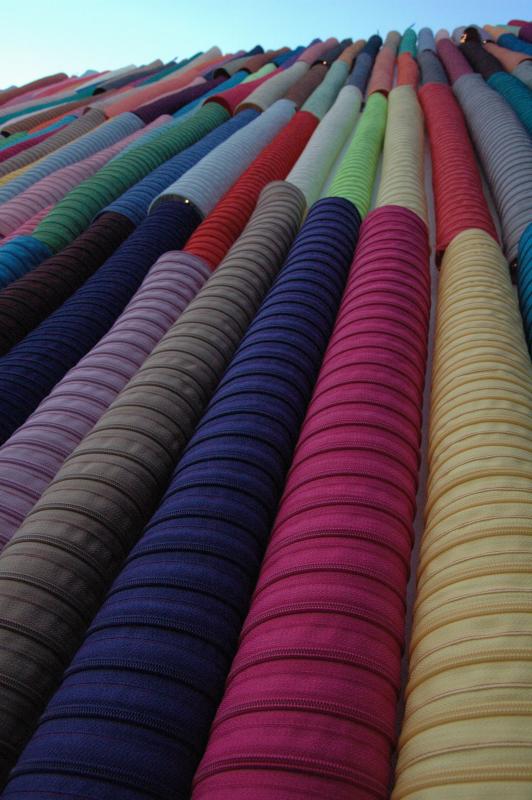 Entitled 'Zipper Pipe' by Haemin Woo, Zippers wrapped around pipes that make up the outside of an art exhibit dedicated to light. Yep, we're in Korea. 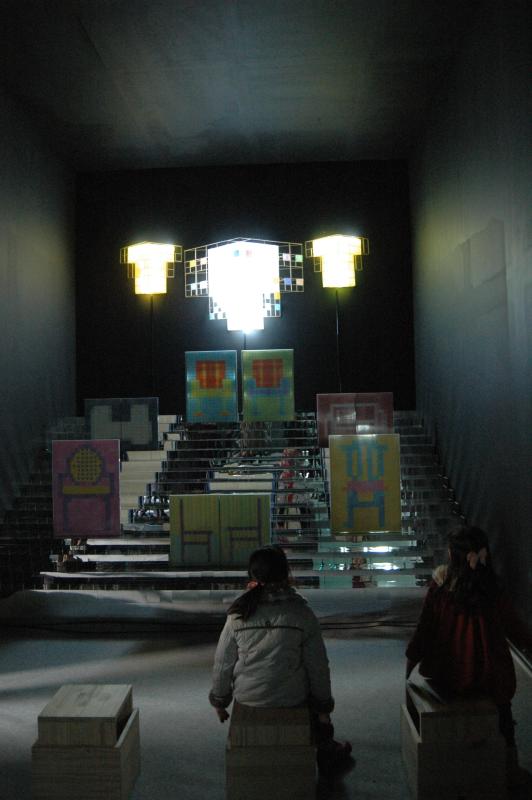 Entitled 'Notation Theater' by Ga-young Jun, sit down on any of the four wooden boxes and watch a different part of the light show light up. 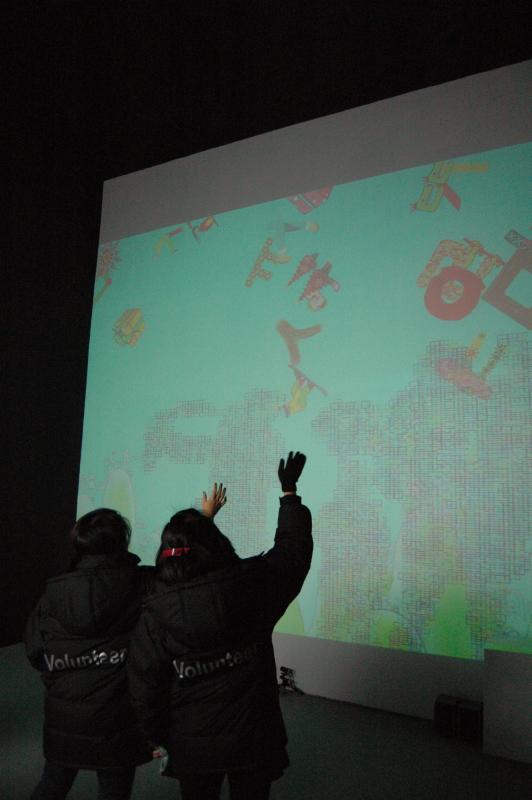 Entitled 'Playing with Hangeul' by San-hyun Park, it's another interactive show - wave your arms in front of the projection and be transformed into an abstract form pushing blocks up. Cute.

Right next to the light exhibit is the 'Fractal Turtleship' - created by Nam June Paik (known for his exhibit at the National Museum of Contemporary Art). 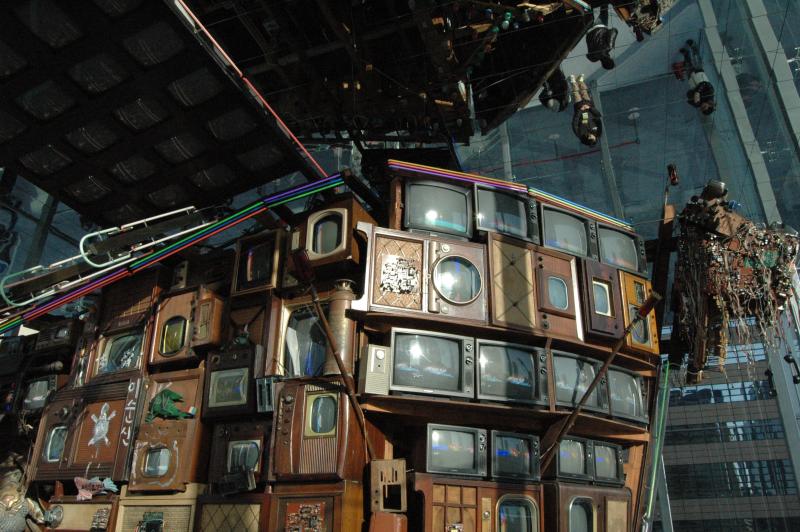 Although it seems quite abstract at first, start by picturing a ship, complete with neon oars, and with TV's projecting psychedelic clips making up the hull. Since there's no explanation in English, the tourist might be left guessing if one of the staff doesn't pick up on the 'lost and confused' look. 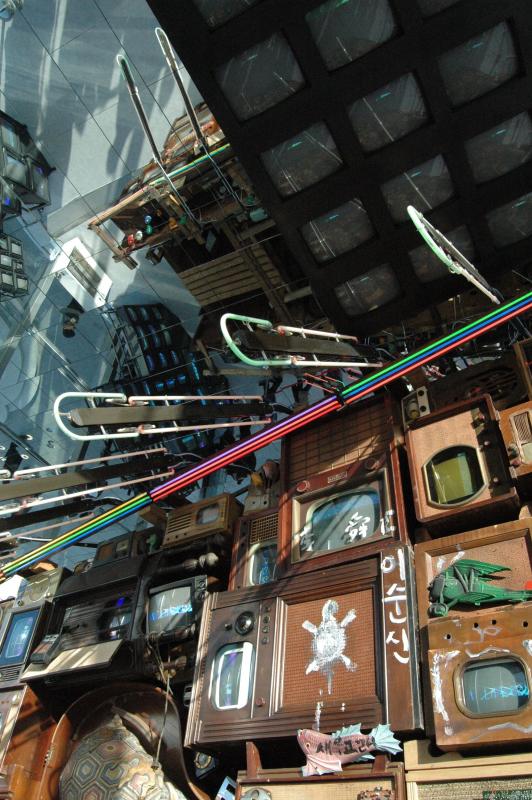 The mirrors on the ceiling allow you to see a bit of the top, which is a couple meters above the tallest person's head. 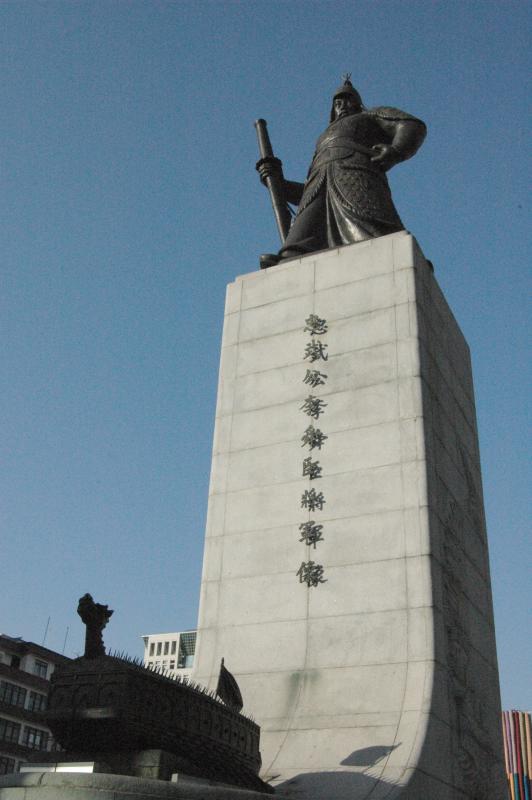 A statue of the real turtleship - and the famous Admiral Yi Sun Shin - for comparison's sake.

The rest of Gwanghwamun Plaza features a light show that would be best seen later in the day, so I walked back to City Hall Plaza / Seoul Plaza to a part of the World Design Festival exhibit: 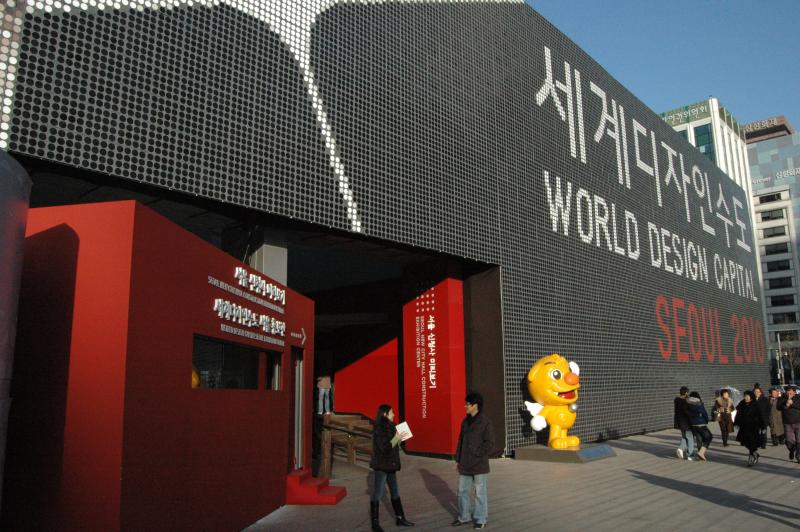 Located next to the future City Hall, there's enough brochures inside to pick up if you're a first-time tourist or still new to the city. I pick them up because my red pen usually needs something to do on the weekends; these are quite good, for the record. 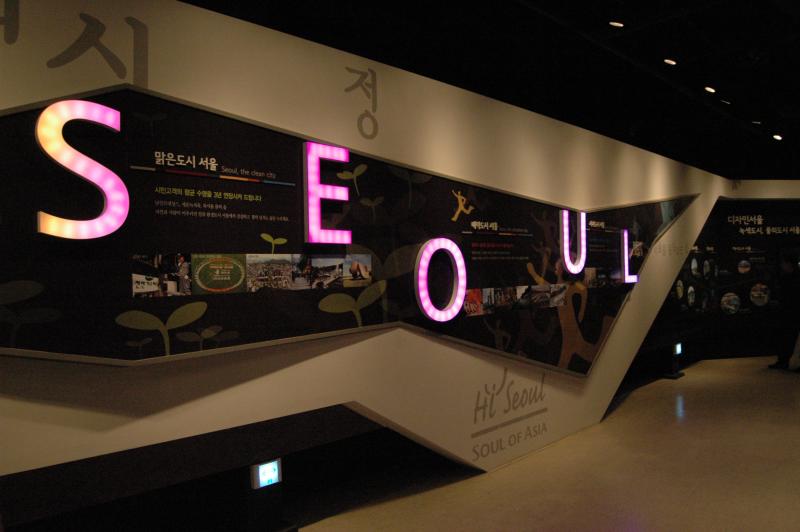 Most of the exhibit is in Korean, however. A minimal amount of the fluff is in English, and tells the story of how Seoul was chosen to be the World Design Capital for 2010. 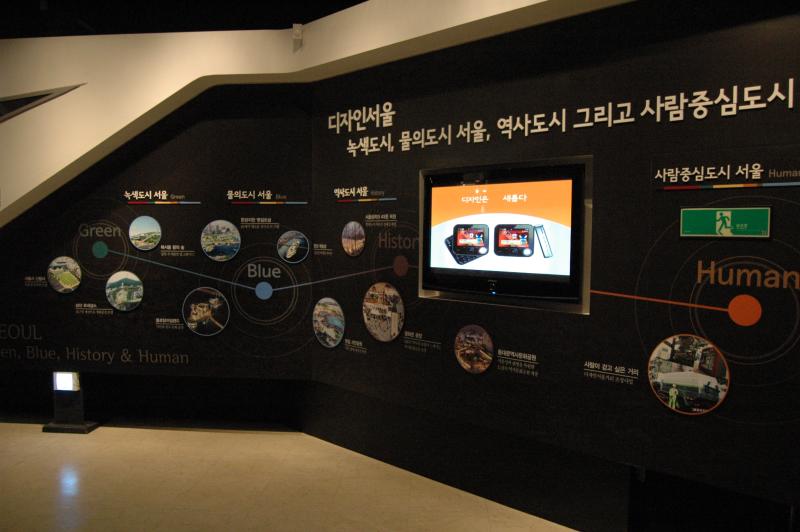 Not pictured is another exhibit outside City Hall which reminded me of the Seoul Design Olympiad 2009 - both having the same purpose and ideas, of course. 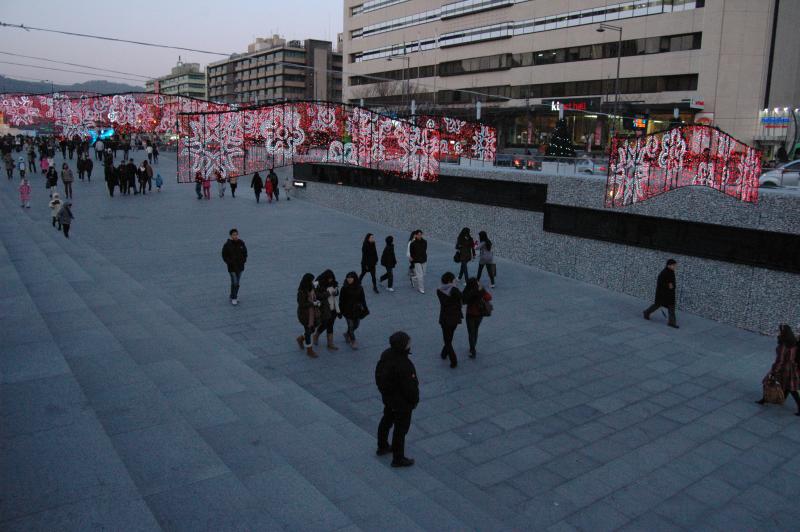 Darkness falls quickly in the winter, and the lights began coming on near Gwanghwamun Plaza. 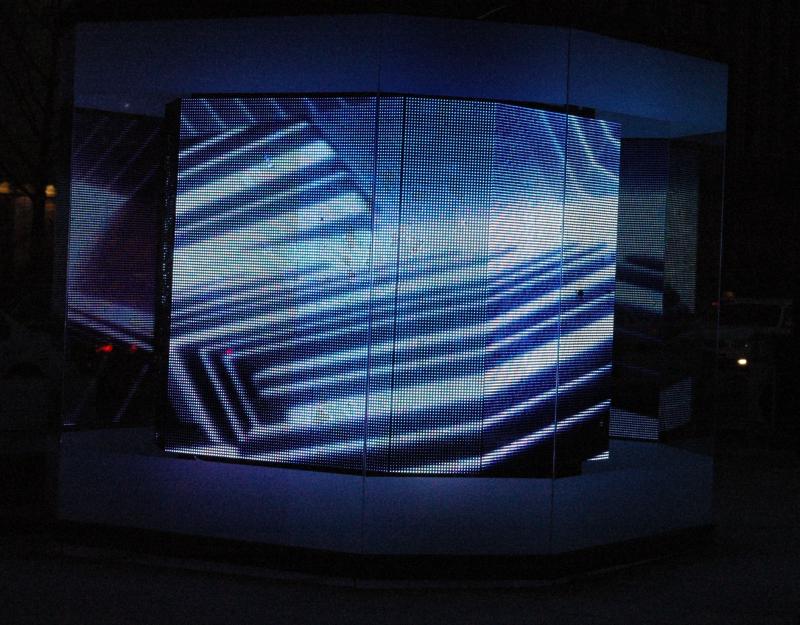 The still shot doesn't do it justice, as the picture moved far too much for the camera to keep up. A visual masterpiece, complete with some orchestral music as background. Several of these large lightboxes are scattered throughout the plaza.

I walked back towards Cheonggyecheon, and was pleasantly surprised to see a few lights there as well: 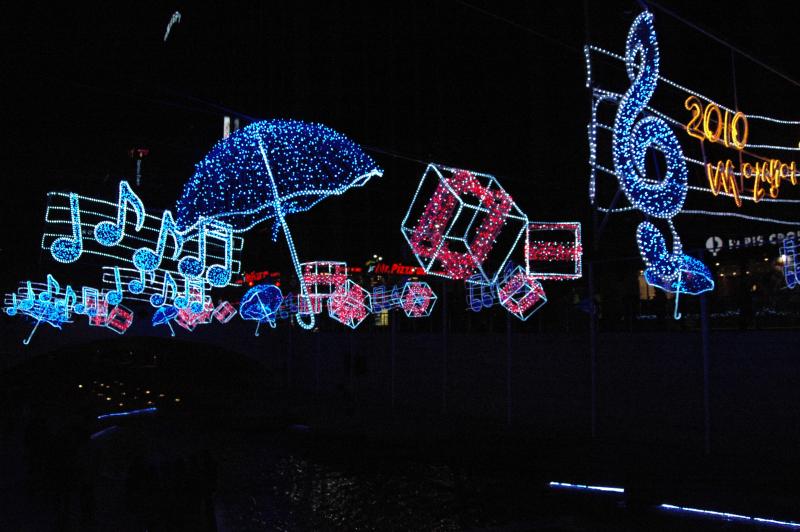 Sponsored by the blue umbrella company.

Although certainly a smaller scale than seasons past, the Hi Seoul Festival continues to impress with creativity. My only complaint is that the best parts - the light show and ice skating - require braving the coldest of Korea's 'four distinct seasons'. Go for the shows, stick around for some dinner or coffee at any of the local downtown places, and eventually head home before frostbite begins to set in.

Directions: Take line 5 of the Seoul subway system to the Gwanghwamun station. Take exit 2 to street level, or follow the signs towards Gwanghwamun Plaza. To start by City Hall Plaza, take line 1 or 2 to the City Hall station and take exit 4 to street level. Free admission; various opening times. Ice skating and exhibit of lights open until 10pm, while the South Pole exhibit is open until 9pm. Most things open through January 17; figure skating and the South Pole exhibit open until February 15th. Wheelchair and stroller friendly.