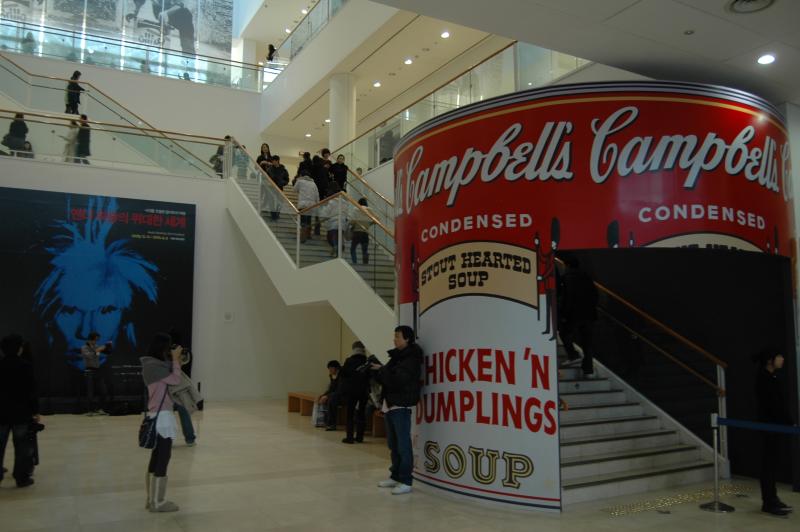 While I've visited the Seoul Museum of Art before, the Andy Warhol exhibit opened on December 12th and sounded quite interesting. The man had a lot more to offer the world beyond Campbell Soup Cans and Marilyn Monroe, and although not in a particularly artsy mood, my girlfriend and I decided to check it out.

12,000 won and a strict warning of 'no pictures!' later, we head through the soup can to the second floor. While definitely an homage to one of Warhol's more famous works, I couldn't help but wonder how many Koreans might have wondered what a soup can was doing in one of the finest museums in Seoul. 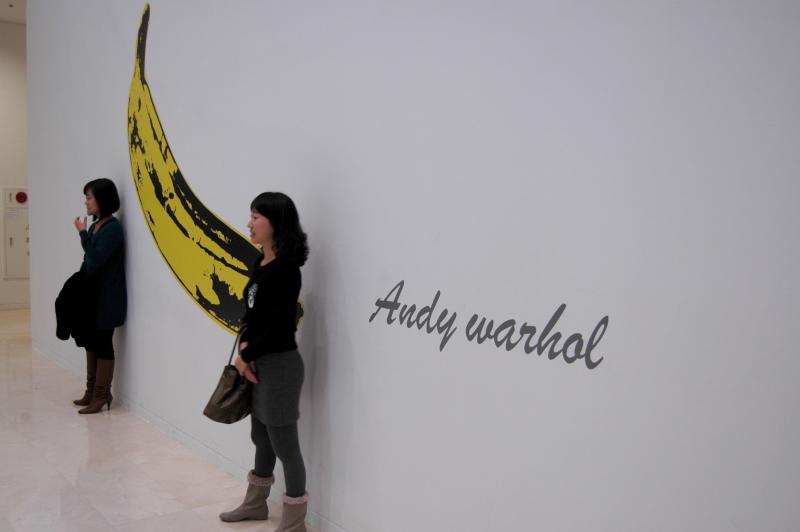 Apparently, the 'no pictures' rule only applies to the art itself, not the photo ops around the museum.

Some care has gone into the presentation and display of Warhol's wide collection. With 12,000 won ($10 USD) being the cost of admission, I expected a more competent English editor / translator for the text introducing a given area. Everything is original however - easily determined by a close look at some of the canvas edges.

The portrait room offered a cross-section of those more popular people of his time period - Diane Keaton, Sylvester Stallone, Michael Jackson, and Princess Diana were just a few displayed. I was a little disappointed that none of the pieces displayed showed any hint of his homosexuality, or that the only hint he did more than graphic, 'pop art' was limited to a smaller video room.

A room was dedicated to his various Time Capsule - displaying many of his personal effects including a Selective Service card and an old passport. Most museum-goers seemed to take pleasure in seeing this more private side of the man, although a bit more light would have allowed visitors to see things much better.

A larger area held a representative sample of his commercial era, producing the iconic Campbell Soup Cans, Brillo pad boxes, and other pieces from his more capitalistic era. While this section is less 'artsy' in the traditional sense, it does remind the museum-goer of how Warhol was rejected from the classic art scene for some time. This area does assume that one is already familiar with the time frame - even someone of my generation is somewhat disconnected with Brillo pads and a number of other products displayed here. 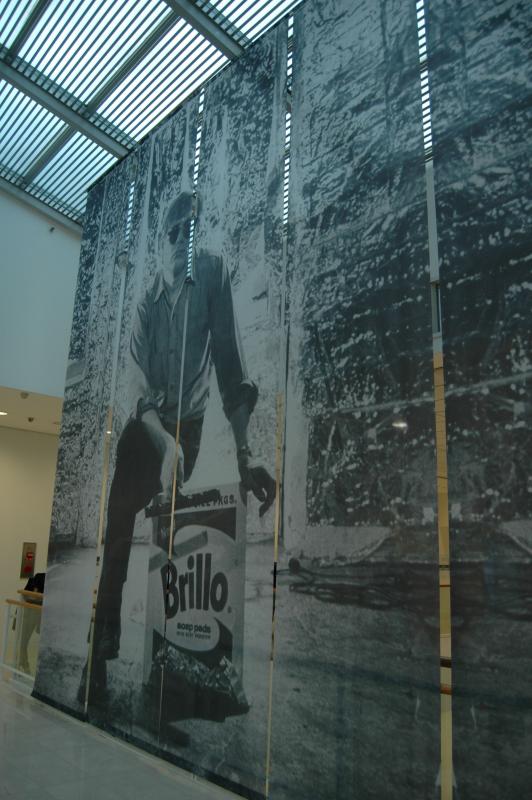 A floor-to-ceiling partition separating the main lobby from the souvenir shop: 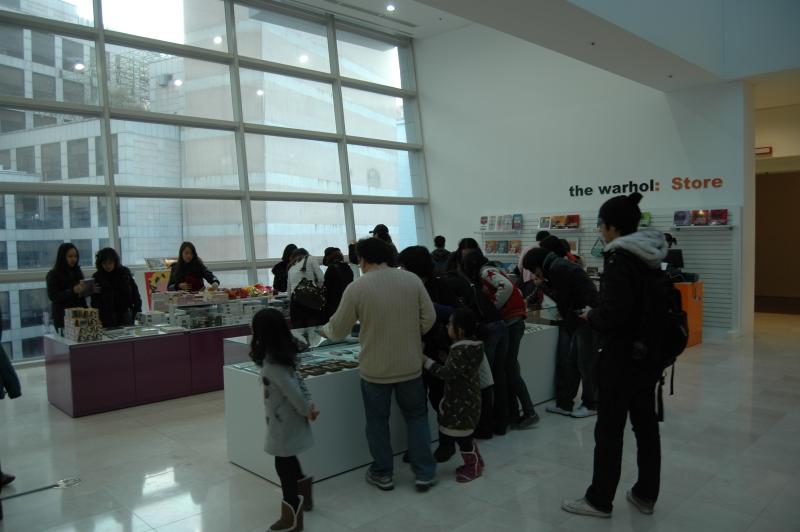 Souvenirs weren't terribly overpriced, and there were some nice things to remember your experience. A highlight: a cube not unlike a Rubik's cube that displayed a different piece of art based on how it was folded (or unfolded).

After making it up to the third floor, one highlight was a small room featuring some blacklight artwork. Celebrity portraits merited a large room, with variations on Chairman Mao taking up half of one wall. Beethoven's four variations are striking, and the careful viewer will see a number of familiar faces against the bright orange wall. 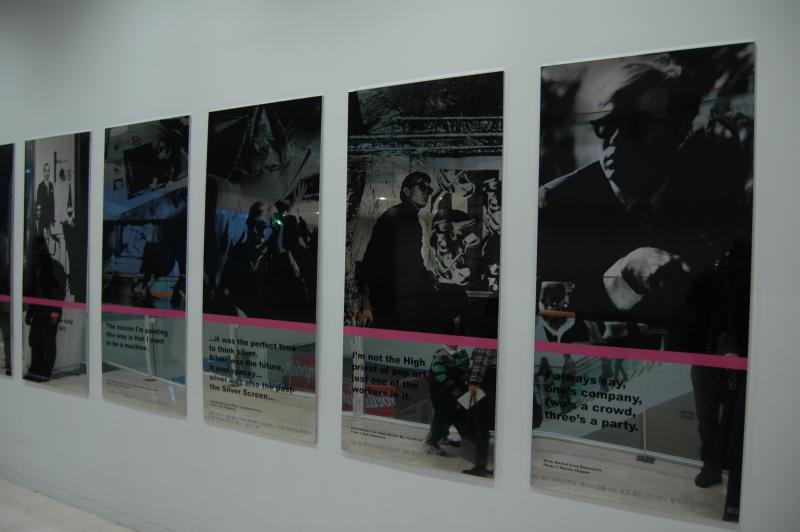 Just outside the third floor exhibits.

The exhibit runs through April 2010. While Andy Warhol's Wikipedia page is far from the best reference source, it's certainly one my dear readers are likely to use (or did you already have it open in another window?). Go if you need a brushing up on one of America's finest twentieth-century artists, or if you enjoy watching people puzzle over what an item really is.

Directions to the Seoul Museum of Art: Take line 1 or 2 of the Seoul subway system to the City Hall station. Take exit 1 or 2 to street level and walk to the left of Deoksugung, along the outer wall. When you get to the rotary, take a left and go up the incline towards the museum. As with most special museum exhibits, buy your ticket at the ticket booth outside the main museum. doors.