We were having a great time in Barcelona, so we decided to stay an extra day to look around at all the tiny shops in the laneways and try more food and just be amongst every Barcelona. We were really going to miss this place. 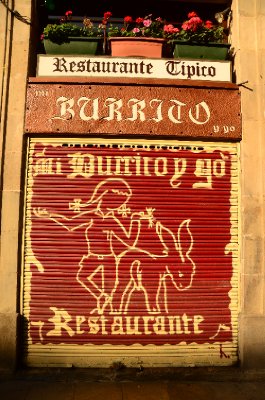 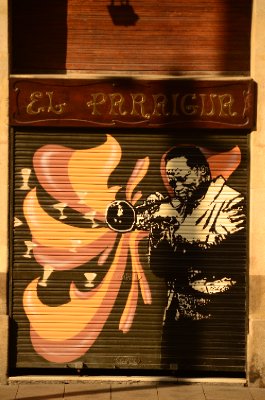 We walked over to La Rambla and found that the florists were all opening up. It was so beautiful seeing all the fresh colours illuminate the streets. We saw the food markets open too, so we wondered over and it was so busy with people, locals, but mainly tourists, like us, going photo crazy. 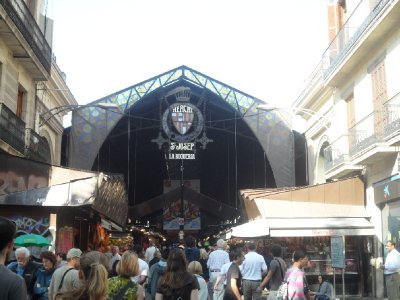 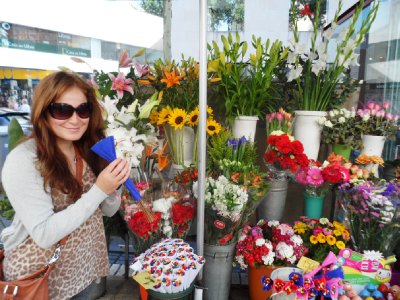 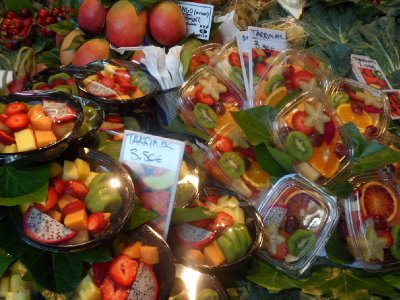 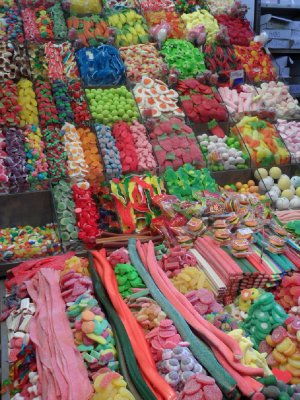 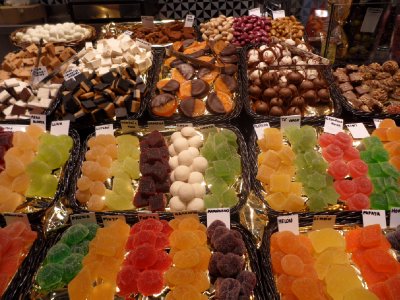 We bought some sweets and fruit and continued to walk around. Anything you could eat, they sold it- vegetable, fruit, chocolate, drinks, lollies, fish, meat. The noise, the people traffic, I really love food markets! I mainly like people watching, or food watching in this case and although most markets sell the same things, they never fail to impress me. 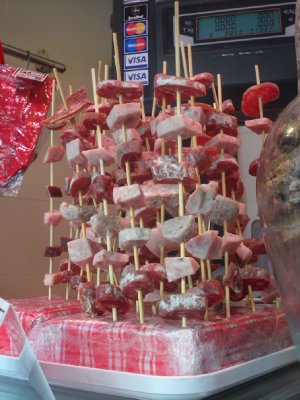 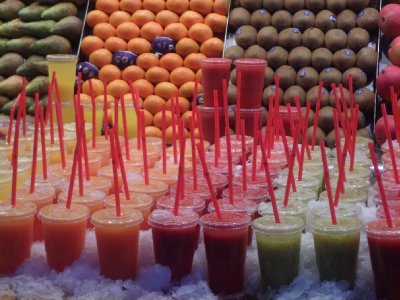 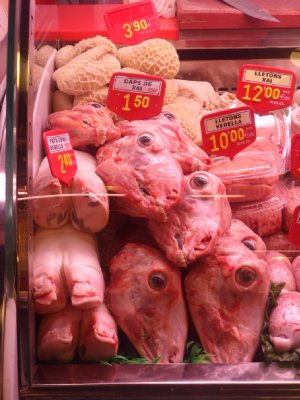 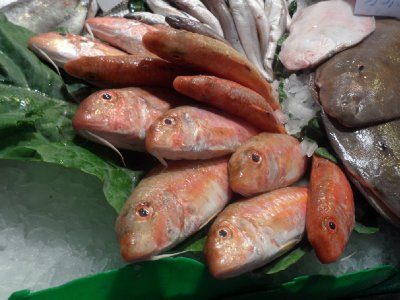 The fish at the marlets 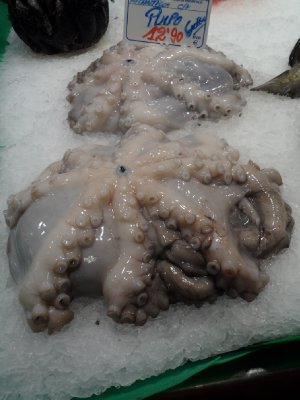 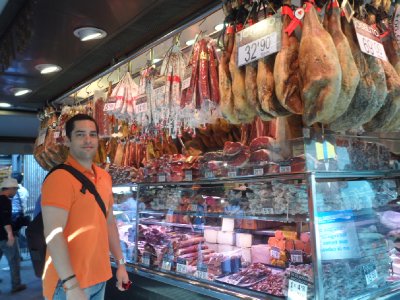 After the markets we went for a walk to El Catdral Gotico and the Salvador Dali Museum. We then walked to la Plaza Catalunya as we were going to go shopping for the rest of the day. They have many major brand stores here, including some I'd never heard of. They had my favourite H & M Store. I first found out about this store when we went to Los Angeles last year. Daniel had difficulties getting me to leave and this time round was going to be no different hahaha! I also bought some items from Zara, The New Yorker, Springfield and some smaller boutique stores. Daniel bought more cigars and a bigger humidor to add to his collection as well as some clothes and shoes. We then stopped for some lunch before heading back to the hotel to pack and get ready for our last night out in Barca. 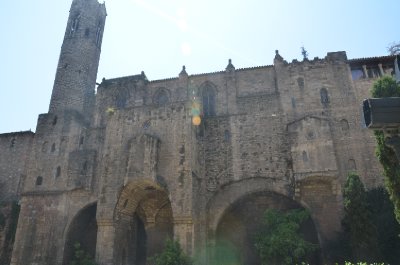 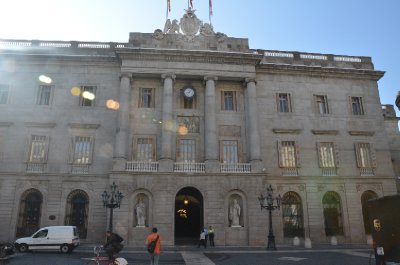 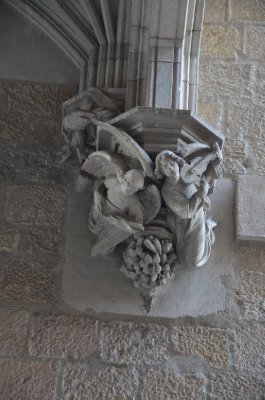 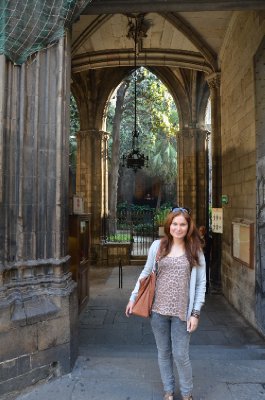 Me with part of the Catedral behind me 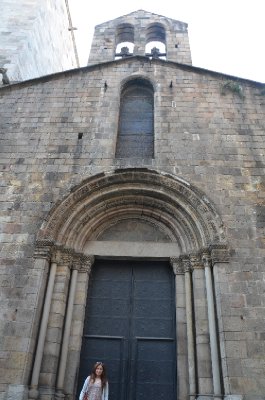 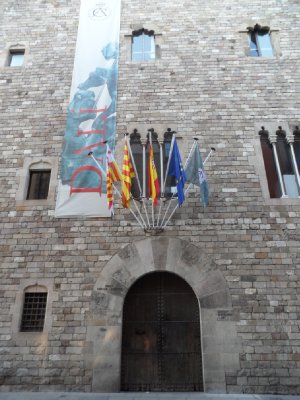 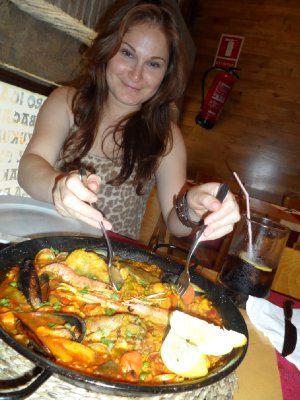 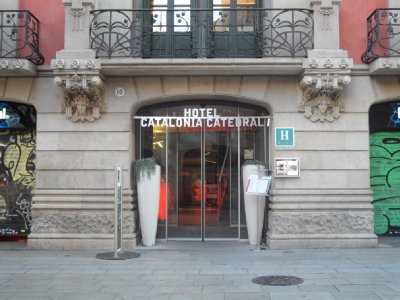 We had bought so much, we had to go buy a new luggage suitcase to take it all back home to Korea. So I am now a proud owner of a bright pink suitcase and I love it!!! 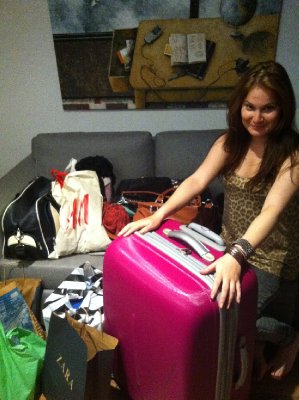 me and my treasures

In the evening we thought we would go out to celebrate our last night here. As we started walking, Daniel said to me, 'Notice how there's alot more police cars than usual???' I looked around and he was right. There were police cars, riot vans and ambulances. It all looked abit full on and I was getting a little worried. The back streets were closed off with police checking people as they passed through. Eventually we figured out that tonight Barcelona FC was playing against the Spanish League and so all the fans were out in large numbers tonight. I suppose the police presence was just a precaution.

We found a tapas bar in Las Rambla and ate and drank as we watched the soccer game on the TV screen inside. Barcelona won the much anticipated game and by that stage we were paying our bill to leave. We decided to go get some ice cream when we could hear singing and people screaming cheers. Barcelona fans were celebrating their victory win. We got caught up in all the action and forgot our ice creams. We got together with the fans and cheered along with them. I was cheering for Barcelona, the city and they were cheering for the soccer team, so it was a win/ win situation hahaha! 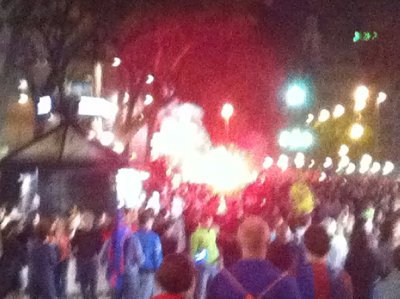 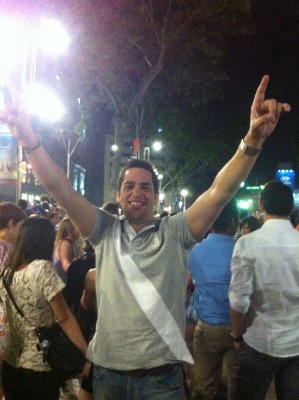 Fireworks were going off and the cracker smoke filled the streets. The fans were jumping up on street posts and firing flares. It was just amazing that we were here. I couldn't believe it. It felt as though any moment now a riot was going to break out, but we felt safe the entire time. The police were really good and kept everyone in order. It was now close to midnight and we had to get up early, so we decided to the let Spaniards continue partying for us. We managed to get our ice creams and as we walked back to our hotel, we could still hear the sounds of the locals good spirits.

When we got back to the hotel, we turned the TV on and there was a report about an earthquake that had hit the Spanish town of Lorca that same afternoon. Luckily for us, the town was several hours away and did not affect us. I emailed mum to let her know that we're fine and not to worry. 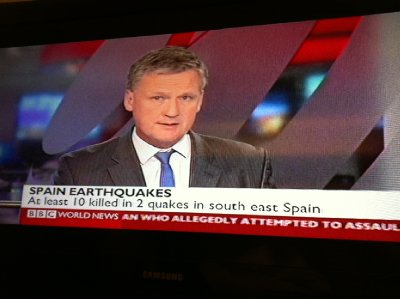 Spain Earthquake in the town of Lorca

Tomorrow we will be driving back to Madrid and staying there for one night as we fly out back to Korea on Friday. We've had a great time here in Barcelona and have made some wonderful memories. I wish we had more time to spend in Spain, but hopefully, one day we can come back.

Day 7- Last day in Barcelona remains copyright of the author Two Otters, a member of the travel community Travellerspoint.