We woke up late, but not too late for breakfast. We went up to the club lounge where you could eat breakfast and view the city of Pattaya below. It looked amazing and hot. Very hot. 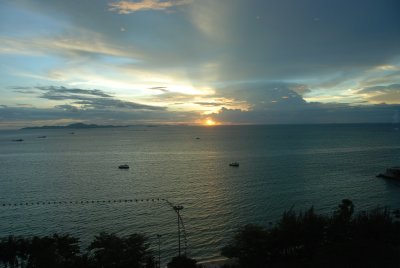 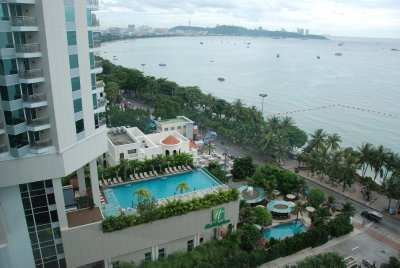 View from our room

We went down to explore the hotel grounds abit more. They had a big lap pool and they were currently constructing another pool...with a bar!!! Dammit we came here at the wrong time. You could just imagine swimming up the the bar and drinking... then slipping into the water to cool down. I'm a huge fan a pool bars. We both are.

We walked out onto the main Street called 'Pattaya Sai Nueang' from the Amari and decided to stroll upto Walking Street. They say that Walking Street in Pattaya is probably the most exciting street in the world- an Adult Disney Land, if you will. Here you will find all kinds of entertainment; from bars, discos, gogo-bars, cabaret shows and much much more.

The walk took about 40 minutes. Easy really, but in the heat, it slowed us down. Nonetheless, we made it to Walking Street. The Street itself has a big sign and once you walk underneath it to the other side, it's a whole new world. However, this doesn't happen during the day. During the day, it's like any other street. It's very average, with almost all the bars closed. The only shops open were a few icecreameries and jewellery shops. But that's alright. Atleast we knew how to get there and we'd get to see it in a whole different light once the sun goes down. 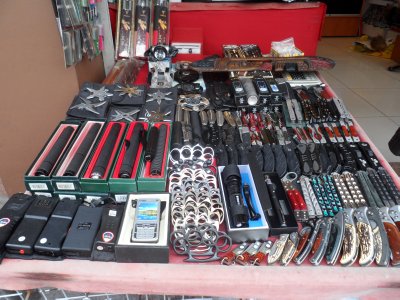 Try bringing that back into Australia LOL 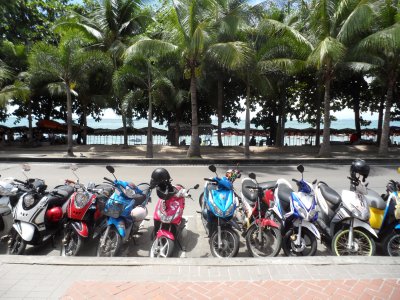 We found lunch at the Pattaya Beer Garden. It was in an excellent location, overlooking the harbour and was the perfect place to sip a few cocktails, while watching the sunset. 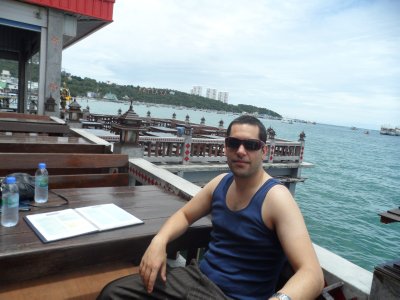 Having lunchies at The Pattaya Beer Garden

We went back to the Amari Hotel for a swim. It was exactly what we needed after a day of venturing around the hot city streets. Tonight we were heading back to the Pattaya Beer Garden for dinner and would later head into the effervescent Walking Street.

When we arrived at The Pattaya Beer Garden in the evening, it was already packed with hungry tourists; but we managed to get a seat on the deck. The music was pumping and there were couples, groups and single ladies sitting at the bar. They have a system in place, that when you order your drink, your drink coaster depends on your relationship status. For example, if you are coupled up, they would give you the coaster with the 'Just Chillin' side up. If you looked single and ready to mingle lol, they would put the side that read 'looking' I think it's a great marketing tool and straight to the point. Atleast you know who you're allowed to pick up. 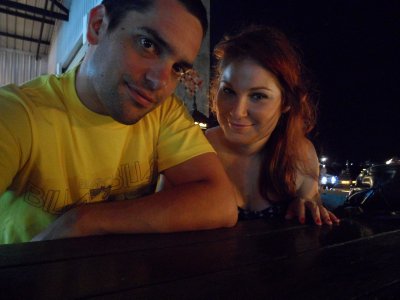 Our first night out in Pattaya 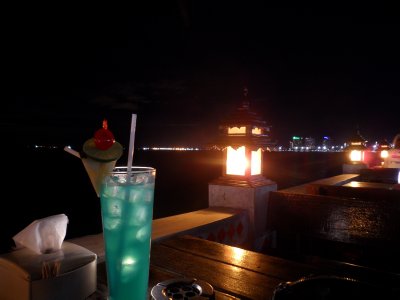 Drinks on the deck

After dinner, just outside the Pattaya Beer Garden, there are The Pier Beer Bars. These are several bars all in the one place, but the beauty of it is that there is a boxing ring right in the middle of it!!! Talk about drawing in the crowds. The amateur boxers competed all night and is great entertainment as you drink and pick up bar girls. 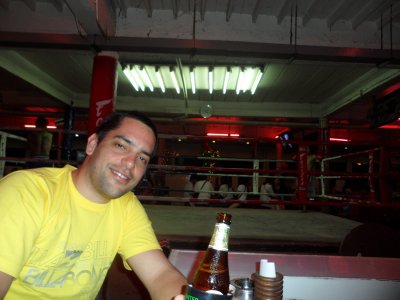 Walking Street was just a few metres from The Pier Beer Bars, as we entered, we were bustled by club representatives inviting us to the Go-Go Bars and Hostess Bars. We even got told about the famous Ping Pong Shows. We checked out a few of the bars along the street and had a go at the Ice Bar. Basically it's a bar inside what seems to be a large freezer. As the Hostess helped us put on our wintery jackets, we entered the ice room and had a shot of vodka each. We even had the opportunity to have our photo taken with the ice bar polar bear mascot lol. 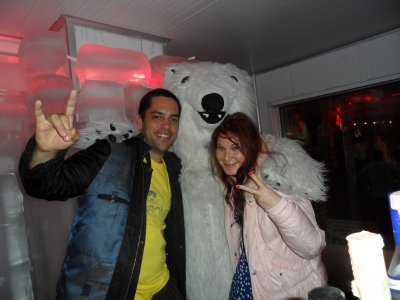 After a few too many drinks at the many bars on offer, we found the narrow stair case that takes you up the building to see the famous Ping Pong shows. For those that are not familiar with a Ping Pong show, it is where a lady, inserts items in her female genetalia and does some weird things with it!!! Once we paid our entry fee and received our free drink each, we got seated around around a small centre stage. The show seemed to be a sell out, with all the seats occupied. Everyone sat there, quietly waiting, not really knowing what to expect.... and then the music came on....

The first lady to come up on stage was somewhere in the late 50's She looked like a pro, dressed in her purple camisole. She lay down, position herself so everyone could get a good view and before your very eyes, so was putting things in, pulling them out and even blowing out candles!!! This was truly an amazing talent we were all witnesses. Apart from the first lady, there were also two other girls who performed. They weren't doing such advanced tricks, so I think they were probably trainees. I can now understand these shows draw such a big crowd.

After that eventful show.....which went for about 30 minutes, we walked over to the Hot Tuna Bar. I really liked this bar. It was busy and the band was very entertaining. They kept playing Metallica Cover songs and read the lyrics from a binder book that the singer/guitarist had sitting in front of him. Ohhhh How I loved it!!!

We had such an awesome night. Pattaya is definately the place to Party.