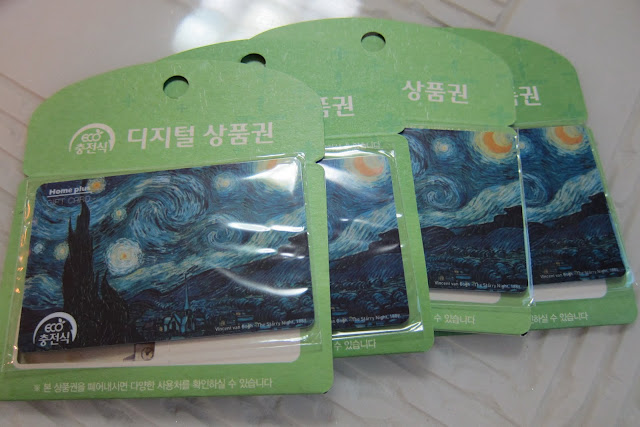 Chuseok is just under two weeks away and I wanted to get a little something for my teachers.  I thought a Home Plus gift card would be perfect.  Today was a yoga day and Choi, my 74 year old yoga buddy, was there.  I hadn't seen him for a few weeks so after yoga he asked if I wanted to eat lunch.  Mr. Pizza is now in our yoga building so that's where we went.

We ordered a pizza and as we waited we caught up with each other.  I asked how his wife was and he said that she had been sick.  She had pain in her chest but after a CT scan and a MRI, the doctors found nothing wrong.  So they went to a Eastern medicine doctor who said she had too much heat in her chest and she would need acupuncture every day.  I asked how much the acupuncture was and he said only 2000 WON ($1.80 USD).  Wow, I'm still amazed at how cheap things like that are over here.

I told him he should call her and tell her that we went to lunch.  I was worried that she was sitting home with lunch made waiting for me.  He thought that was a good idea and called her.  The entire conversation lasted about five seconds.  I asked him what he had said to her and he said he told her he was eating.  He never mentioned he was eating lunch with me which I thought was really strange.

After lunch Choi and I parted ways and I walked to Home Plus to buy the gift cards and a few other things.  I went to the checkout and when she saw the gift cards, she held them up to me and I wrote on a piece of paper how much I wanted on each.  She still wasn't satisfied and I had no idea what she was saying.  I offered my credit card and then cash thinking maybe gift cards have to be paid in cash.

I gave up and tried to reclaim them to return them and she wouldn't give them back to me.  She called over all sorts of people but no one was able to translate what the problem was.  I panicked and called Rocketman.  I told him what was happening and if he could grab a Korean co-worker for me.  He did and it took two conversations with the checkout lady to get it all straightened out.

Each giftcard had to be a separate transaction.  I still don't know why she didn't take my credit card and do just that but in the end and 15-20 minutes later, I left with my gift cards. 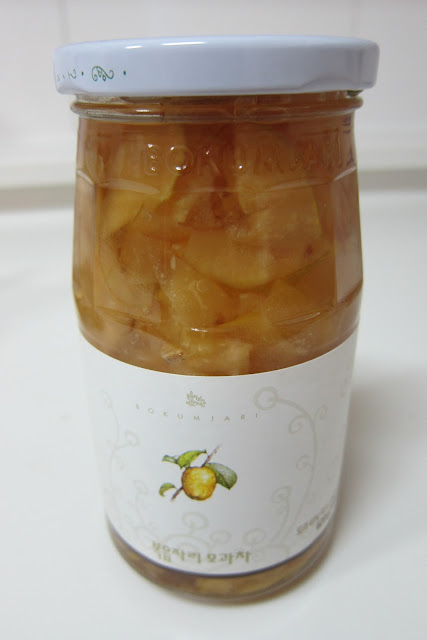 I also found this!  I had some at Su-Mi, my maedeup teacher's house last year and I loved it.  It's makes a tea.  You put some in a cup and add hot water and it makes the most delicious tea I've ever tasted.  You don't eat the fruit either and I'm not sure why that is.  But I was so excited to find it.

Where do you do yoga?  I just moved to Busan (Haeundae) in June and I'm looking for a reasonablly priced class to attend.  I am a beginner.  Thanks!