When you first visit a foreign country, everything is new and exciting. Even if you are moving to the country for work, rather than a vacation, the first month or so still feels like a vacation.

Korea is no different; there are so many new experiences to try that every single day feels exciting at first. Whether it is having a Korean barbeque, or visiting a sauna, everything feels new and you think that coming to Korea was the best decision you ever made.

Then one day, everything can change. Rather than excite you, all the little differences start to annoy you. You miss the comforts from back home, not to mention your friends and family. You start to suffer from culture shock in Korea.

Here are the things to be aware of so you can be sure to have a great time in Korea!

The Small Things – Part One: Going to the Bathroom 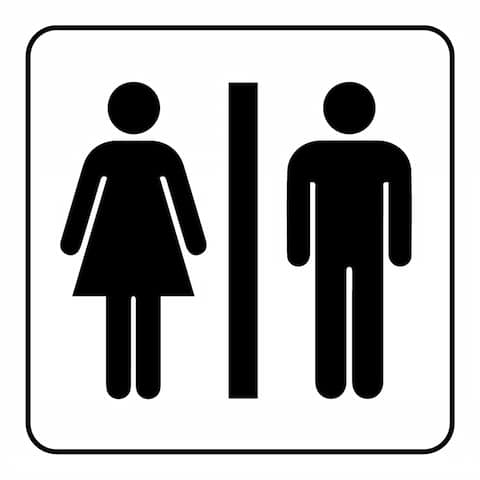 It’s often the small things that annoy people the most, especially when they are already having a bad day. Things like going to the bathroom and having to use a squat toilet.

Most bathrooms have a mix of squat toilets and toilets with seats, and there are some people who prefer using the squat toilets (which are actually better for your digestion system than the seated version). Usually, it is possible to find a toilet where you can sit down, but if you are already having a bad day then that’s bound to be the day when there are no other toilets available.

It’s also bound to be the day that the toilet paper basket is full up. Korea is slowly improving its plumbing system, and one day such baskets may well become a thing of the past. But for now, in order to avoid blocking up the drainage, people must put their used toilet paper in these baskets, rather than down the toilet.

The baskets smell bad, but it could be worse; in some subway stations (Line Four in particular), the toilet roll is next to the wash basins, rather than in the cubicle. Make sure you check beforehand to avoid an embarrassing run in with the female toilet attendant. When you think about it, it is rather trivial to get annoyed at such things. However, when you are having a bad day, these small things can make it worse if you’re not mentally prepared for them. 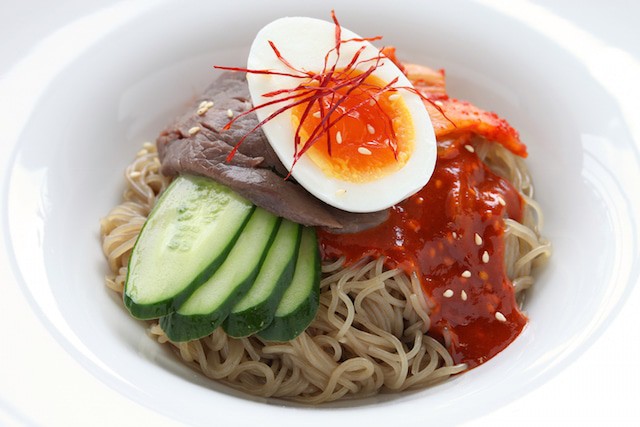 Another case of small things getting on people’s nerves is that of restaurant culture. It’s the end of the week, you’re hungry, and your dreams about a big juicy steak have become so vivid that you are actually starting to drool. Just before you go home, your co-workers tell you that you have to come with them and eat cold noodles (naengmyeon). You hate cold noodles, but they are the only thing on the menu.

Somehow, despite hating them, you ate all of the cold noodles and now you are completely full, but the bar you go to tells you that you must order food. Ordering this bar food, known as anju, is something that is required in most places that serve soju. It may help prevent everybody from getting completely drunk, but when you just want to order a beer, it can be annoying.

Even worse, your friend orders a stew that comes in one pot for the whole table. Everybody is eating out of the same pot, which is something you find a little bit unusual if you are being honest. Slowly, the annoyances of your day keep building up and up.

Culture shock in Korea, like in other countries, is a natural occurrence. If you’re not prepared, it will get to you at some point. Keep this in mind so you can enjoy your experience in Korea! 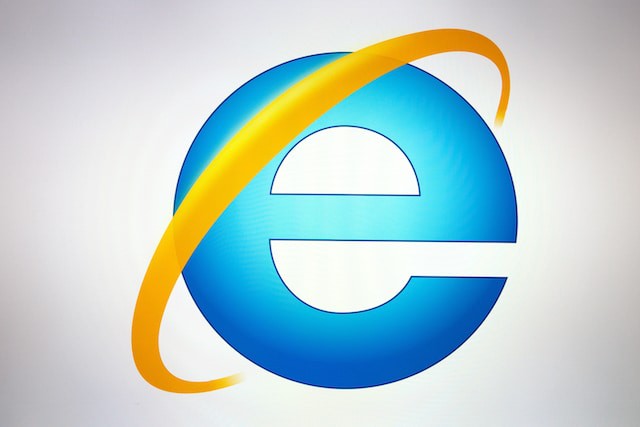 There are some things, almost all of them to do with technology, which can push the most travel-hardened creature into culture shock. The constant need to use Internet Explorer and download extra plugins and security patches is enough to make the most computer savvy people out there want to throw his or her computer in the East Sea and go and live in a cave somewhere. That is before even considering the challenges of online banking, online shopping, or online taxes in Korea.

To combat these situations, make sure you befriend some Koreans who are able to help you navigate these obstacles. Take good notes and get whatever tools necessary to help you be as self-sufficient as possible.

How to Deal with Culture Shock 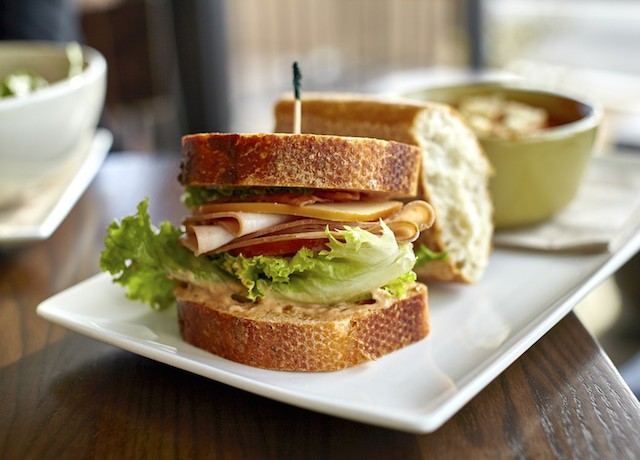 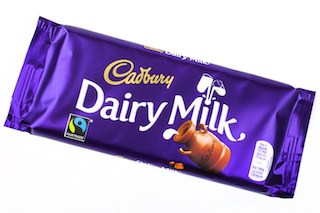 Second, get some home comforts. The first thing I do when I start getting culture shock in Korea is eat a bacon sandwich or some Cadburys chocolate. Keep some home comforts hidden away for those days when you feel homesick and you will feel a bit better. 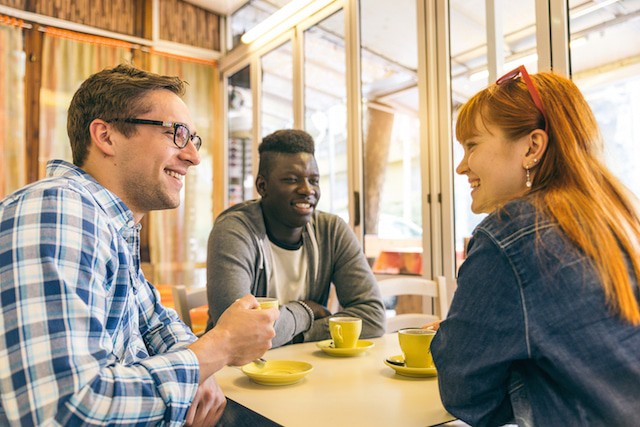 Third, make some (more) friends. With websites like Meetup.com and countless facebook groups, meeting new people in Korea is easy. Don’t limit yourself to just other foreign friends, or just Korean friends, make friends with everybody.

However, when you do get culture shock, don’t start moaning about Korea with these friends. Moaning just makes the problem worse, and can spread the negativity to other friends. The last thing that someone who has just eaten live octopus for the first time wants to hear is how using Hansoft is a pain in the posterior. As the saying goes, you are the sum of the 5 people you hang out with most, so make sure to surround yourself with positive people! 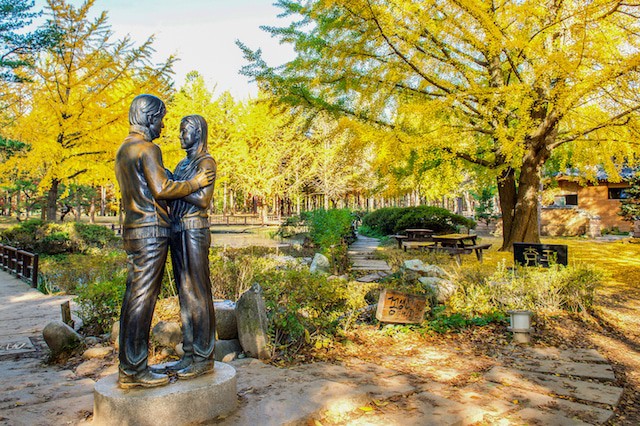 Another way to get over culture shock is to go on a trip. There are plenty of places to visit in Korea, so keep a few of them for when you need to get out of the city and feel like you are on vacation again.

Accept Korea, but Accept Yourself Too

Dealing with culture shock is about finding your own way to survive in Korea. Don’t let differences bother you unless they actually bother you. Try to see the Korean side of things, but at the same time, don’t feel pressured to act like a Korean in every situation. Be comfortable being yourself and you will be more likely to get over culture shock in Korea.

Dealing with culture shock is part of the experience of living in a foreign country. After the culture shock has passed, you will have grown as a person, and will feel like a stronger, more rounded individual. These are character-building experiences, so enjoy them!

We’ve shared some tips to help people overcome culture shock in Korea. Do you have any tips of your own? Please share them in the comments below!