Skip to main content
This past week has been pretty crazy, preparing materials for Lesson 11, making new boards for my classroom (based on Lesson 11), preparing for the teacher's English conversation club, and you know, life. Anyways, here are photos from the last city I visited in Japan, Beppu. Beppu started out as a domestic tourist site but has definitely made it internationally. The city is famed for it's 'onsen' or bathing houses that are supplied by the zillion natural hot springs in the area. Not to mention the hot spring pools that you can't bath in but are fabulous to look at. The onsen were interesting but I've got to say, I kind of prefer the more modern, pamper focussed jimjilbangs of Korea. However, I'd never been buried in hot sand before or taken a mud bath and I do love that sort of experience. 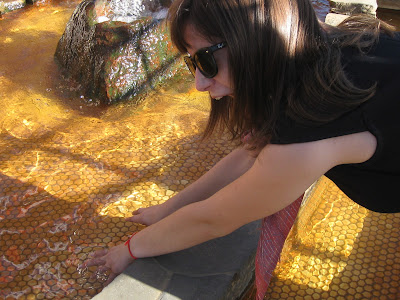 Right outside of the train station there is a little free hand bath. It's not really That hot but I had fun pretending that my hands were you know, getting boiled and such. 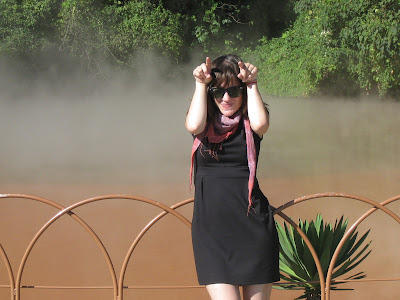 As opposed to this hell, where you really would get boiled alive. These hot springs are called the 'hells' for their hellish appearances and temperatures. Why am I making funny devil horns? Well...I am at a hell. This one is naturally red from the clay in the ground that is constantly being melted and such by the water. Very cool. 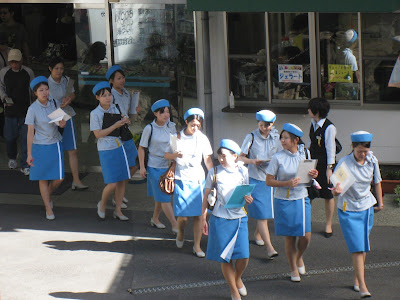 A group of ladies coming in to look at a hell. Very strange. No idea what they were preparing for or taking notes on. Possibly tour guides in training? Cute uniforms though. 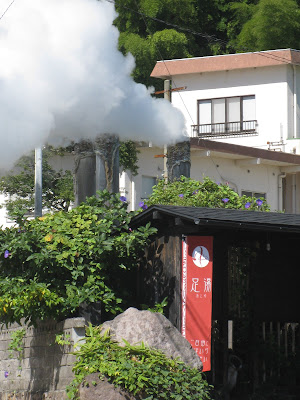 One of the craziest (and best) things about wandering around Beppu were the clouds of steam coming up everywhere from the onsen and such. It was just very surreal looking. 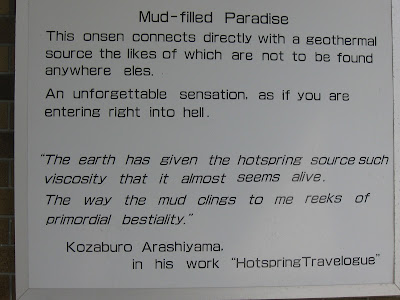 This is where we went for the mud baths.  Sounds interesting, no? There was also some sort of natural mineral bath. The only downside was that there was no non mineral shower water. You couldn't use soap (I think it would pollute the ground water supply the way they had everything set up) so you came out of the baths with very soft skin but absolutely reeking of sulfur. Of course, being the wonderful spaz that I am I slipped getting into the first mud bath and cut my knee.  I gripped the hand rails religiously after that. 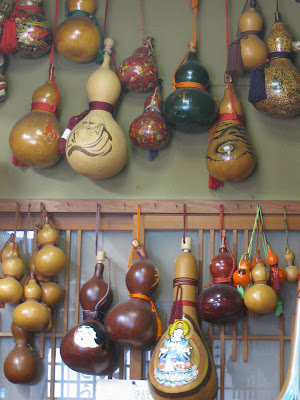 After mud we went for some ramen. These are the random gourds decorating the walls of the ramen restaurant. Freshly made Japanese has no resemblance to its distant cousin, those instant packs sold at the super market. It's absolutely incredible. I ate all of my bowl and a good deal of Cragon's (who couldn't take eating so much hot food after being submerged in a hot bath for an hour). The lady who ran the place was also super nice and didn't mind the fact that I dragged her outside to point to the plastic food models to order. I'm sure she gets that a lot from foreigners. 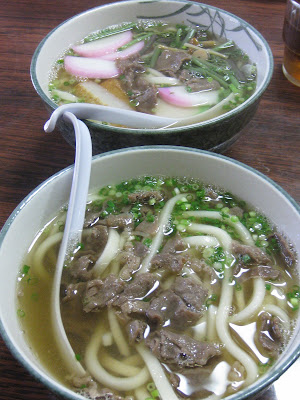 Doesn't that just look like it's made of delicious??? 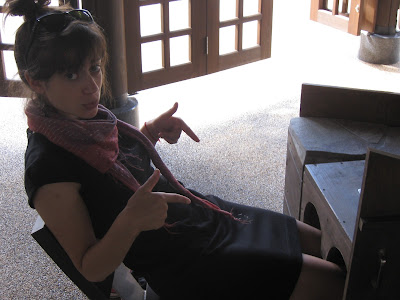 After lunch we went to a free foot steam bath thingy. It was super intense. And yes, at the end of the day I was absurdly clean. Aside from the slight sulfurous smell radiating from my skin. 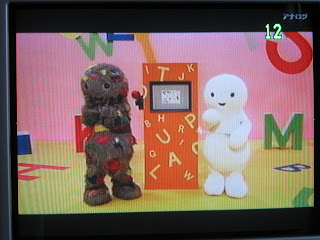 What happened when I flipped on the telly at the hostel. Utter strangeness! It was actually highly amusing. I love seeing other cultures' entertainment even when I don't understand it. This was a kid's program for learning English. Even better than that.... 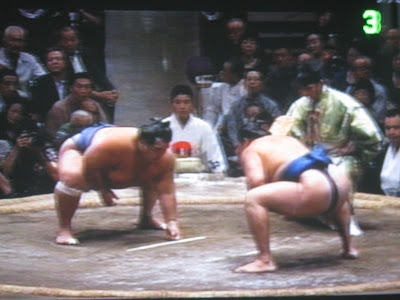 SUMO WRESTLING! I actually watched this for a bit. It was all sorts of amazing.

Thus wraps up my trip to Japan! Overall, I had a blast. I might do one more post on food...since I took a picture of every single thing I ate.