Daniel and Uwe had to go to Beijing on a day trip for a meeting. So the day before, we organised with Jacky, from Jacky's Pub to drives us to Beijing early the next morning. Besides running the Pub, he also offers a drivers service. It was really chilly that morning and Jacky was waiting for us inside the lobby at 8am.

Although the month is not ideal to visit Beijing, I was still excited to be seeing a new city. I've been in China afew months now, but haven't had the chance to go to Beijing. I plan to do some day trips with Laney later in the year. Jacky explained to us that he had to get the car with the correct licence plate for the day, as vehicles with a certain number ( for example, those that start with a 9) can't travel on certain days. This is to eliminate the congestion in the city. It all sounds abit silly to me, but it makes sense to keep calm in a huge Capital City.

Before proceeding into Beijing, drivers need to register their vehicles to the highway patrol to ensure their vehicle is cleared or accepted for that particular day of travel. To think that in Australia, you just jump in your car and travel to where ever you desire. Things are very different here.

We arrived about 2 hours early than the proposed meeting time, so we decided to catch the subway to the Silk Markets. The subway system is really easy to use and gets you to your destination very quickly. We arrived at the Silk Markets and I couldn't believe how big it was. I'm talking about 7 levels of shopping and another 3 basement levels. Here you will find EVERYTHING- clothes, handbags, shoes, jewellery, electronics, food, makeup, toys, souvenirs- ANYTHING. 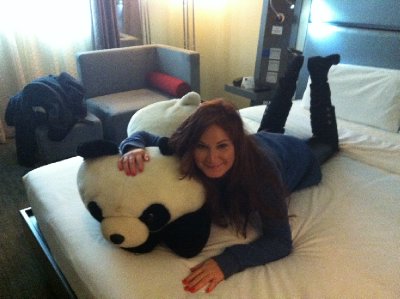 Our Welcome home Hotel Panda. It was MASSIVE 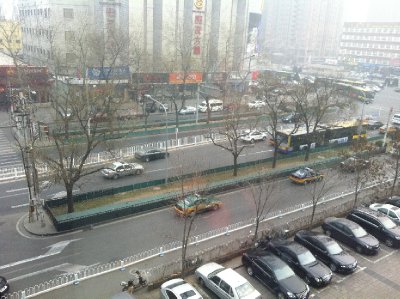 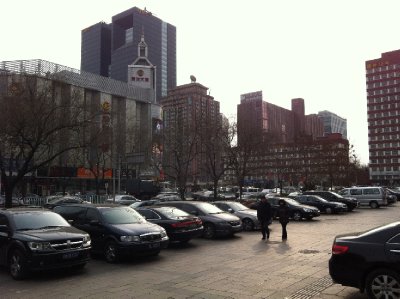 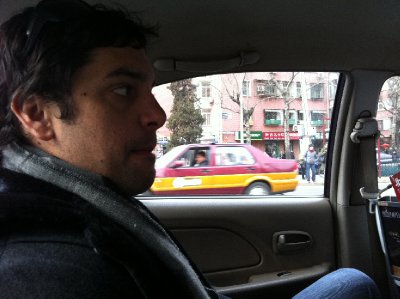 After we went through all the levels, I found a stall which had a furry vest, which is something I've been looking for all over TEDA. It was grey and furry and ohhh so warm. Daniel did job at bargaining.He also bought himself some long sleeved shirts as he hasn't been able to find them in TEDA either. As we were leaving, I saw an optometrist selling Hello Kitty glasses. These were a pair of geeky looking glasses and typical Asian fashion. I love HK so much, that now I would be a step closer to looking like her hahaha. 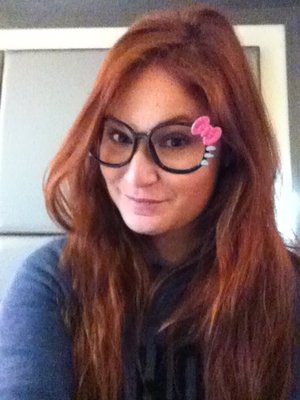 We then stopped at a pizza shop for lunch before making our way back to the hotel for the meeting. Once the meeting was over, I joined the guys and their boss for some dinner in the Hotels Restaurant. Their boss is quite familiar with Beijing, as he has spent quite some time here and recommended we catch a cab to the city centre and have a look around.. and we did just that. One of the local workmen came with us and took us to the Bar district where we walked around a fair bit. After a while, we wanted to find a warmer place with beer. We ended up at the German Beer Gardens- Paulaner Brauhaus.

The next day, we had the morning free, so we went to see Tiananmen Square. Temperature in Beijing in this time of year is absolutely freezing, so we caught the subway and once we stepped outside, the cold air just hit us. We didn't stay long at all... just long enough to capture a Kodak Moment of us being there together. We plan to come back and properly explore Beijing in the warmer months to come. 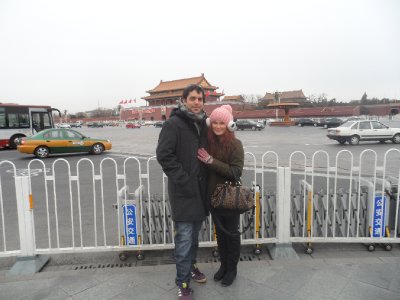 Us at Tiananmen Square

By midday, our car was ready to pick us up and take us back to TEDA. It was a great little trip. Can't wait to see more of it next time.

Beijing for the day remains copyright of the author Two Otters, a member of the travel community Travellerspoint.