By Andrei Lankov for 3WM 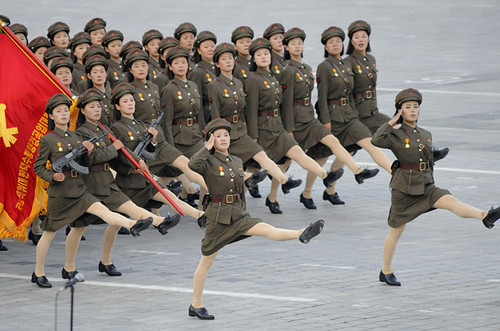 What is the image of North Korea in the mainstream western media? It seems that it is too easy to generalize, North Korea according to this image is a country of goose stepping female soldiers, violent anti-American propaganda posters and of course, starving farmers. There is no doubt that both anti-American posters (often of ridiculous bellicosity) and goose-stepping female soldiers (often of impressive beauty) are both present in the North. However in the last few years, one would have to look hard to find any significant number of starving farmers or for that matter, starving city dwellers. North Koreans don’t eat well, by the internationally accepted standards they are malnourished. But few, if any of them have starved to death in the last five or so years.

A quick look through the headlines of the major international newspapers will confirm that virtually every year we see another wave of reports about a disastrous famine which is soon to hit the North Korean people. So far, these persistent reports have been proven wrong.

In actuality, the last decade has been a time of partial but undeniable improvements in the economic situation of North Korea. Statistics are murky and unreliable – we are talking North Korea, after all. But if we look at the reports of the Bank of Korea (South Korea, that is), we will see that from 2001 to 2010, North Korea’s average industrial growth was estimated to be 1.4% per annum. This is not a runaway economic success story, to be sure, but is growth nonetheless.

Anecdotal evidence supports the view that North Korean situation has improved over the last couple of years. Most regular visitors to the North agree that North Koreans, including inhabitants of relatively remote areas, are now fed and dressed remarkably better than they were a decade ago. Cars are becoming increasingly common on the streets of Pyongyang and privately owned computers are rare, but not exceptional anymore.

All this hardly agrees with the widespread perception of the North as a sort of East Asian Somalia with an unusually cold climate.

But where does this improvement come from? Once again the answer is necessarily speculative, since the North Korean government ceased to publish any meaningful economic statistics half a century ago – and in some cases it is reasonable to suspect that relevant statistics have never been collected.

That said, there seem to be three explanations for the obvious improvement in North Korea’s economic situation.

First, the last fifteen years have been a period of time when the non-official market economy began to play a major role in the lives of North Koreans. Estimates vary greatly but it seems that the average North Korean buys between 35-80% of food he or she consumes at the market place. The private economy includes semi-legal, private agriculture. There is no doubt that the private sector makes a significant contribution to the actual economy of North Korea and helps it to stay afloat.

The second factor is the partial recovery of the state sector. North Korea’s industrial managers have learnt how to work under different conditions. Thanks to their efforts, their enterprises have at least partially, recovered from the shock which was inflicted by the sudden withdrawal of the Soviet subsidies and disintegration of the entire economic system in the years 1990-95.

The third factor is foreign aid. Even though American and South Korean aid has been scaled back dramatically, the increase in the amount of aid coming from China has made up for these losses.

In fact, the availability of Chinese aid can be seen as an important security device which ensures that no major famine will happen in the North. If the situation seriously deteriorates, China is all but certain to increase their supply of aid to the North, so widesprea 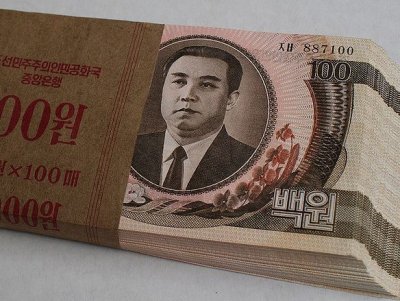 d starvation will most probably be avoided.

An irony of the situation is that most of these improvements have happened in the last 5-7 years, that is, in a time when North Korea was subject to intensifying international sanctions. For most of the period we have heard much of ‘sanctions starting to bite’. In real life, this has been a time of modest but still palpable economic recovery. Judging by much anecdotal evidence and some statistics, it seems that the average North Korean nowadays has roughly the same living standards as he or she had some twenty years ago, in the 1980s. For a majority of our readers, these standards essentially mean bare survival, but for a majority of North Koreans this constitutes a remarkable improvement on the nightmare of the late 1990s.

Most media outlets and political activists have a hidden (or not so hidden) assumption when they speak of the allegedly disastrous state of the North Korean economy. They assume that such a state makes regime collapse more likely, but they might be wrong.

Surprisingly, recent improvements give some reason to be optimistic for those who want to see a dramatic political transformation in the North. Contrary to the common assumption, political discontent seldom breaks out when people are starving. Times of moderate, but insufficient improvement are usually more dangerous for authoritarian governments. It seems that North Korea is entering such a time right now.

Andrei Lankov is a Russian scholar of Asia and a specialist in Korean studies. He completed his undergraduate and graduate studies at Leningrad State University in 1986 and 1989, respectively; He also attended Pyongyang’s Kim Il-sung University in 1985. He currently teaches at Kookmin University in Seoul and is the author of several books on North Korean history and politics.