Skip to main content
I almost didn't go to Nagasaki. It just felt awkward to go to a city that your country's government was responsible for decimating.  And yet, it didn't feel awkward. No one treated us differently for being American. The museum and Peace Park focused on the history and the campaign to end global proliferation. It didn't bad mouth the Americans. The signs just stated the facts. My favorite part were the personal narratives that were recorded (with subtitles). They were the most depressing to be sure but absolutely fascinating. I wish I had gotten to see some when I studied the bombing in school. 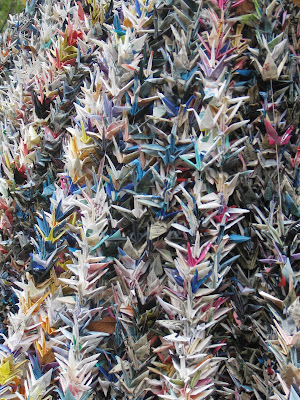 Adorning many of the monuments were strings of folded paper cranes. I remember reading a book in elementary school about a little girl suffering from leukemia in the years following the bombing and starting to make a thousand paper cranes so that her wish would be granted but not being able to finish before she died. I wish I could remember the name of the book now. 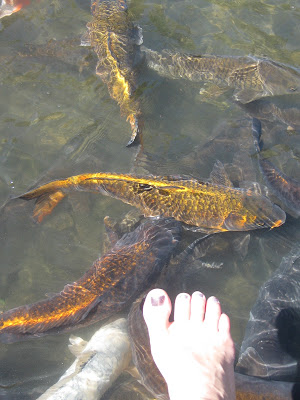 I had lunch sitting down by the river...which was full of giant koi. It was wild to see them outside of little ornamental ponds.

And then I was off to explore the temples on windy back roads. 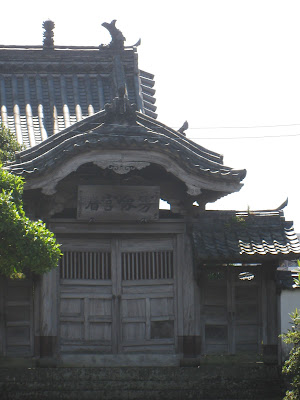 The temples all had working shrines and such but none of them were fully operational, that is to say, had monks living there. It was a distinct contrast to temples in Korea which seem to all have monks there in one capacity or another. 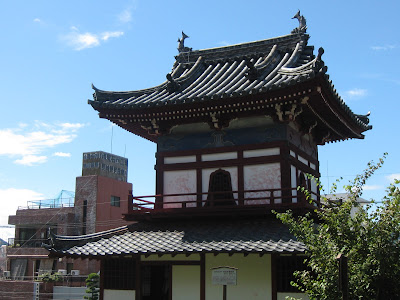 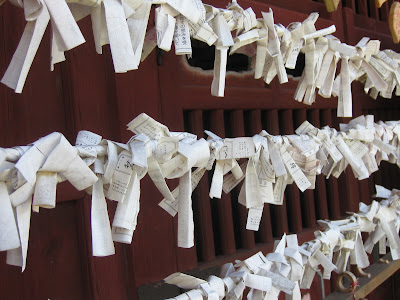 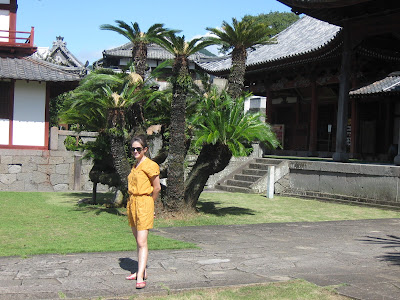 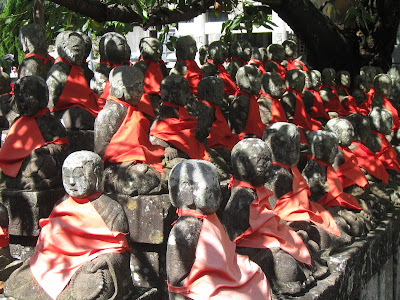 Aside from the temples were what the guide book called temples but really seemed like a shrine and a graveyard. Nonetheless, the shrines were interesting though I didn't take pictures inside of them (disrespectful) and people didn't seem to mind us wandering around. These little figurines were set under a tree outside of the main shrine. I'm not sure what the red aprons are for but it was a theme with the smaller idols to be adorned with a cloth cap or smock like the ones above. 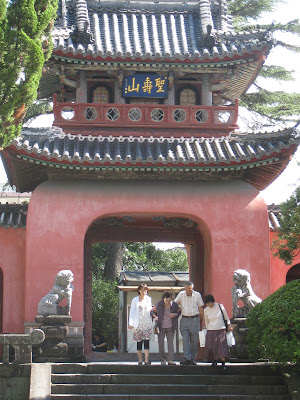 A group effort getting down the stairs. 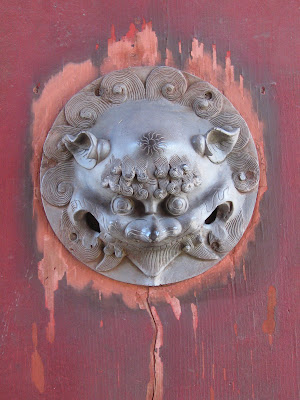 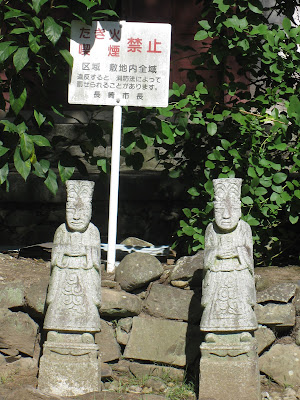 Don't do it! The little men said so!