I think that this is officially the longest I've ever gone without posting, barring my 3 month hiatus when I wasn't in Korea. Basically all of my friends are leaving Korea and in 2 weeks I will be alone. It's so strange to be the one left behind. My nights have been filled with last dinners and outings and the like. Not to mention having a job and being a bit lazy lately outside of work and social engagements. I could go on in this vein for awhile OR I could tell you about the amazing cross cultural experience I had 2 weeks ago. I thought so.

Lately, I've gotten friendly with the young music teacher who started this semester when the previous teacher left on maternity leave. There aren't many young teachers in school so those of us who are there bond together, despite language barriers.  Anyways, apparently the 1st birthday is a huge deal in Korea. It makes sense, before modern medicine if a baby made it to the year mark it was much more likely to survive.  I'd heard that they were a big deal but I'd never known anyone with an infant before (aside from my lovely nephew of course!). So Friday, my co-teacher, another youngin at the school and I got on the subway to head to the birthday party at Bexco. I'd only ever walked passed Bexco when there was an anime convention so I was a little surprised at the venue choice. 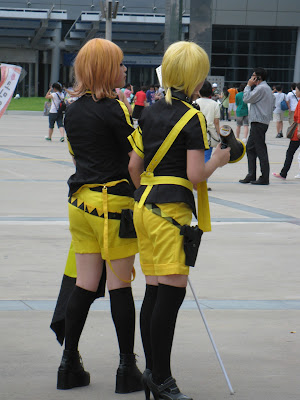 Not the likely site of a baby's birthday party right? Until of course I realized that Bexco was just a huge complex of event rooms of varying sizes to be rented out. On the 3rd floor there were three other 1st birthday parties happening at the same time. 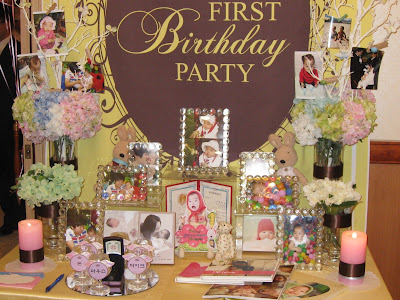 The whole thing was ridiculously cute. There were photos of the baby and her family everywhere. It was actually one of the most tasteful events I've ever been to in Korea. The other young kids in attendance got a huge kick out of playing with the balloons (and they were allowed to bring them home at the end). 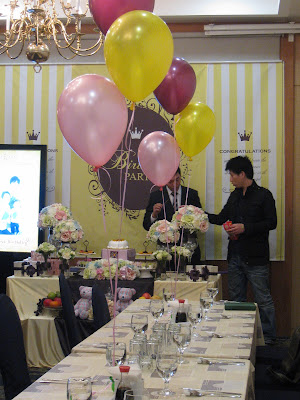 And oh god, the food. The food was AMAZING. Seriously. I was really jealous of my friend who tried all 8 cake desserts (and with the exception of a small bite from the chocolate cake that I stole, finished every bit of it). However, I was immensely pacified by the heaps of fresh fruit and rice cakes. I even got to try mangosteens, something I wanted to try in Cambodia but couldn't figure out how to buy since I didn't look at a picture of them before my trip (delicious). All of us walked away from the table in slight pain from over-eating. My co-teacher spoke longingly of the stomach medicine.

Aside from the good food, I got to spend my Friday night cooing over a baby. For anyone who has seen my devotion to my daily Jakob photos, you know how baby crazy I can be. Baby girl was adorable.  Her grandparents were immensely pleased by how much she liked me. 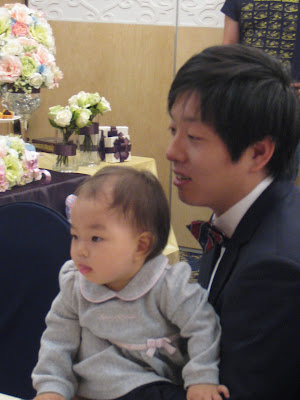 Also may I mention how incredibly hard it is to catch babies on camera even on the fastest setting? 3/4 of my pictures of her came out blurred as she or someone looking after her moved to take care of her.

Surprised moment: Being asked to give a speech. I looked startled, stood up, said happy birthday in English and then Korean. Everyone applauded and my co-teacher translated the comment made after my speech was that everyone was delighted that they could understand me.

Next up...who knows! I've got lots of ammunition from the past couple of weeks. Not the least of which being some fabulous Konglish sitings....

Spaz Update: I got 3 mosquito bites in my last class today. Through my thick wool trousers and knit sweater. I hate mosquitoes. No one else was bitten.