The topic of multiculturalism in Korea has been on my mind for a while now, not to mention the topic of blog posts that have failed to materialize. I feel it’s a topic that has been well covered in the past by far more experienced and noteworthy than myself and are easily available via a quick google search. Regardless though, there is an article currently making the rounds of the bloggosphere entitled “Korea’s Multicultural Future” that caught my eye a little while back. It was written by Faustino John Lim and can be seen here at the New Leaders Forum of The Diplomat. Discussion on the article can be found a few places, so by all means read the full article (it’s a longy but a goody) and then the commentary at places such as Roboseyo and Gusts of Popular Feeling.

With all the words and discussion already out there on the subject, really there is just one simple question: Is Korea becoming a multicultural society? If want to know my opinion (and you came to my blog, so I will just assume you do) then my short answer is No. The current conditions and direction of Korea do not put it on course to be a multicultural society. To explain this further, we need to answer just what multiculturalism is, because having a variety of skin colors is not enough. Now I am not a sociologist, and if I am ignorantly stealing any well-known theories out there I apologize, but in my definition a multicultural society is one where the structures and foundations are woven together from the varying backgrounds of multiple culturally distinct groups making up its population. Additionally, it is one where the society can be adapted to new and emerging groups. In my estimation, there really can’t be that many truly multicultural societies out there and the only country (rather than single population center) that meets the criteria is the USA. This is because, with all due respect to the Native American cultures, for the most part the “American Society” had to be built from scratch on borrowed parts from more established cultures. Additionally, as diverse numbers continue to grow within the US, it is a society that is constantly evolving and adapting (although not without its share of growing pains. I have no illusion of America being the perfect multicultural society). It is here we can also see the force that creates a multicultural society. It is not programs put in place by politicians nor media attention, it is numbers pure and simple. If there are enough people separate from the current fabric of society, but existing within it, then (if allowed) that fabric will naturally change. Despite all the attention given to the growing amount of foreigners in Korea, the number is still only about 2% of the population and therefor not enough to really force societal change. Add to the point that to really be a multicultural society I believe you need several distinct groups large enough to affect the structures of society and you realize why I don’t feel Korea can truly become one. Now I’d like to take the chance to throw in a very important point, this lack of a multicultural society is not necessarily a bad thing. It isn’t “not a bad thing” because I believe in blood purity, separatism or any similar wrong-headed notions, but simply because it’s not something Korea can create rather it just has to happen and the conditions probably exist here anytime in the near future. Can Korea become more culturally sensitive? Of course. Can it be more accepting and accommodating of non-Koreans? Sure (especially of the foreign workers listed in the Lim piece). Should Korea become a more connected, involved party in the international community? Yes and I see it happening. But none of these things make a multicultural society and Korea doesn’t need to be a multicultural society to accomplish any of those goals. 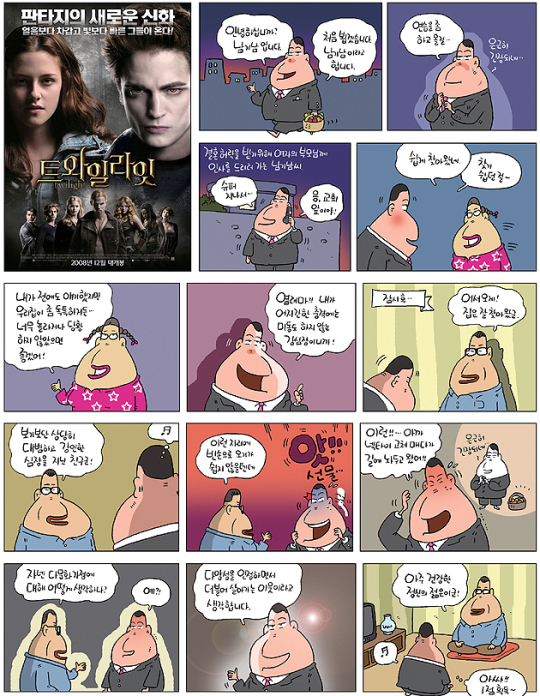 This was the second result in the Naver image search of "다문화". The comic is something about the father-in-law being a vampire

So Korea is not a multicultural society, nor does it need to be one. Additionally, it is obviously no longer a hermit kingdom, shielded off from the outside world. These things accepted, then exactly what is Korea and what is it growing to be? In my view, this country is on the path of becoming a multi-ethnic society and that’s exactly where it should be. This is nothing ground breaking that hasn’t been said before, so kudos to those who promote the idea and probably planted it in my head. To mirror the definition of a multicultural society from above, a multi-ethnic society is one which the structures and foundations of it accept those from cultural distinct groups, however the onus is on those people to adapt and accommodate the existing society. To use an old idiom to put it simply “When in Rome, do as the Romans do.” Those of us who have lived in Korea for a while (and I know, I barely can consider myself part of that group after only a few years) know that if you don’t adapt to Korean culture then you won’t have a very good experience. This leads to a lot of accusation of racism, nationalism and just general bitching and moaning about Korea being so different, and while a few of these cases can be justified, for the most part these people failed to grasp that they entered into an established societal framework and it’s on them to follow it. 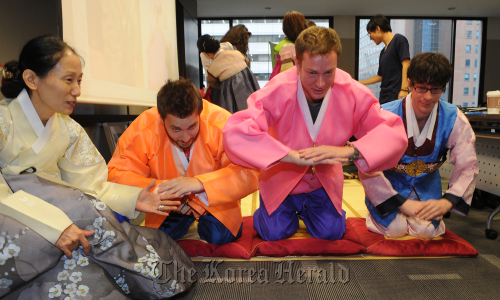 So then just what is Korea doing with all this promotion of “Multicultural Korea”? I would argue that they are simply using the wrong term, maybe “Multi-ethnic Korea” doesn’t have the same marketing ring to it. While one can certainly debate whether or not Korea is yet truly accepting of outsiders, I believe they tentatively are, you can see examples everywhere of the attempts to integrate and indoctrinate Korean culture once they are here. As many readers within Korea probably initially came here as English teachers, think back to your orientation. Did you play learn Arirang? Did you do some sort of traditional arts in crafts? If you took a trip, was it to different cultural and historic locations of significance to Koreans? I know this may be a flawed argument as you were simply being introduced to Korea, but additionally go and look at a newspaper or watch television. When you see a foreigner, are they shown acting within their cultural norms or are they shown interacting with Korean culture? Think to all the times you’ve seen foreigners shown in Hanboks, shown eating Korean food, or learning a Korean bow as we see in the photo above. Don’t Koreans in general seem a little too over-impressed by your ability to use chopsticks or butcher a few phrases in Korean? This is all because they are very proud of their culture and therefor appreciative of you trying to be a part of it, even in some small way. While it may not always be ideal, in general Korea is a society that is, or at least becoming, accepting of outsiders and has a desire to integrate them into the society. As this grows further in the future, well beyond the 2%, I believe this will continue to be the case making Korea a truly multi-ethnic society.