“SORRY I’m late, Ben,” the Labour Party candidate for Derby North Chris Williamson says to me as he greets me outside the train station. “I’ve just finished recording with the Today programme and this fucking racist wouldn’t let me leave.”

Tall and much younger looking than his 60 years (due to his veganism probably), Williamson smiles at me with a broad grin, shakes my hand and off we drive to a restaurant in the city centre.

As you’ll no doubt begin to notice, Williamson swears quite frequently. Not in an obnoxious or even offensive manner, but in a way that quickly puts me at ease, like talking with an equal or an old friend — due probably to his Derbyshire accent.

“I suppose I always had an interest in social justice,” he tells me when I ask him what led him to the Labour Party. “Me mam and dad were a big influence on me. Me dad often talked about the [second world] war and how it was the troops who put the 1945 Labour government into power.”

Joining Labour in 1976 at 19 years old, Williamson says he never had any illusions of heading to Westminster. “I just didn’t think it were for the likes of me. I was just an apprentice bricklayer at the time and I never thought I would be in a position to become an MP.”

But then — after working in the building trade and almost falling to his death; selling whole foods in Derby marketplace; working in social care; editing the Hunt Saboteurs Association magazine and eventually becoming the Derby City Council leader — he represented Derby North constituency as its Labour MP from 2010 to 2015.

At first, Parliament was intimidating. But he found guidance in Nye Bevan’s words. “I remember reading In Place of Fear, where he talks about when he first arrived in the House of Commons. All those statues of people from history there can have a cowing effect on someone from humble origins. Bevan says that you have to remember this history has nothing to do with us. These are the bastards, who ruthlessly exploited our forefathers.” 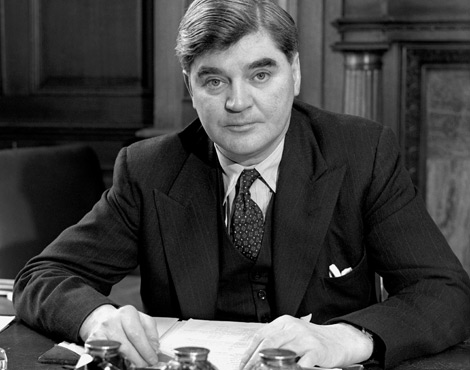 The intimidation didn’t last long as he soon realised that many of the people in Parliament were “flying by the seats of their pants.”

“The regrettable thing is that it’s a bloody game to a lot of people down there. They’re not passionate and there is a diminishing number of people who come from a working-class background like myself. I think that’s kind of contributed to a sense that people have felt disconnected from politics because the people who represent them don’t seem to be the kind of people they can relate to.”

Williamson talks exuberantly as he reminisces about his time in Parliament — the debates he took part in; the heckling he received from Eric Pickles and other arch-Tories; the heated discussions within the Parliamentary Labour Party; Westminster’s pointless pomposity and a few interesting off-the-record stories. It’s clear that fighting against austerity, standing up for the working class and the labour movement are his real passion in life.

When he lost his seat in the 2015 general election by just 41 votes to Tory Party candidate Amanda Solloway, Williamson fell into depression. But when Jeremy Corbyn became Labour leader, he told me this gave him a renewed sense of purpose and determination to see Derby North return to Labour.

“What’s so fantastic about Jeremy is that he’s such a people person. I’ve seen other leaders and when a member of the public comes up to meet them, you can tell it’s kind of superficial. Whereas with Jeremy, he really is listening and has time for them.”

Corbyn joined the campaign in Derby a few days prior to our meeting. Though support for the left-wing leader isn’t universal up there, Williamson says the visit was incredible. “I’ve come across people who say that they don’t like Jeremy. But when you spend a bit of time with them, they’ll often come round to us; they’ve been very receptive to us.” 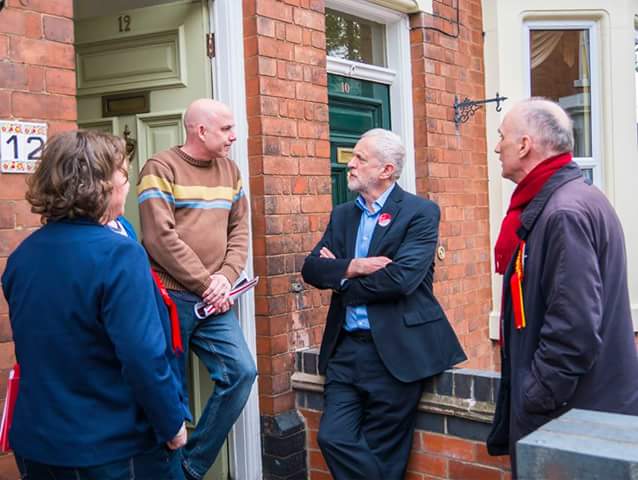 With each word Williamson uses to describe the effects the Tories have had on his constituency, he grows ever more enraged.

“The numbers of people on zero-hours contracts here is unreal. We’ve seen people being sanctioned, people having their personal independence payments and disability payments cut. People stuck in shitty jobs with no future. We see people unable to get a decent home. And you just think: ‘What the fuck is happening here? How can the fifth or sixth-richest country in the world be treating fellow human beings like this’?”

Calmer now, he continues: “When I left school, there were about 120,000 manufacturing jobs in this city. It wasn’t perfect then; there was a lot of issues. But it was highly unionised and everybody could look forward to a better life than their parents had. Youngsters could aspire to buy their own house or, if they wanted to, they could rent and they’d be protected whether they went in the private sector or with a council house, which were much easier to get.”

The city voted in favour of leaving the EU by 69,043 to 51,612. And if YouGov polls are to be believed, then 69 per cent of the public now believes Brexit should go ahead. Williamson, like Corbyn, campaigned on a remain and reform agenda during the referendum.

He says the “choice now is either a people’s Brexit with Labour, that will actually work in the interest of ordinary people. Or we can have a bankers’ Brexit, where the Tories will turn Britain into a kind of offshore tax haven, a plaything for the bureaucrats and the oligarchs and the elites. Far from taking back control, we’ll be ceding power to faceless corporations.

“All we’ve got in terms of power is each other. If we stand together we can make a difference, like we did in 1945. We did that by standing together and saying: ‘We’re not going to have what went before. We’re not going to accept the status quo any longer.’

“Just image if Britain invested in building houses, tackling the social need of it, creating hundreds of thousands of skilled jobs, the economic growth that benefits from that, the tax and national insurance contributed from that which can then be recirculated to fund our public services. I’m not an economist but to me it’s just plain common sense. And how anyone can perceive that as some kind of radical, hard-leftism is just beyond me.

So, I ask, how will a Labour victory make things better here? “Firstly in terms of the manufacturing here, they’ll be a massive effect. Manufacturing is still a massive part of the Derby economy. It’s under pressure; it’s run by bloody, faceless corporate bods who are, Rolls-Royce included, continuing to externalise jobs.

“Obviously, the public services will thrive. The lifting of the cap on public pay will have a huge impact on the standards of living. The security and the hope for young people that they will be able to get a job with some prospects and not just for young people but poverty pay will be abolished. So at a stroke, £10 an hour living wage, that’s going to have a massive beneficial impact on the people of this city.

“By putting more money in the pockets of the public-sector workers, in low-paid workers, creating more jobs by stopping their externalisation, by building houses and infrastructure — by doing these kinds of activities, you create an economic virtuous circle, not just in Derby, but across the country.

“There is a bit of cynicism about the capability of the political process to make a significant change. But the younger generation cut through that in the 1945 election and look what we did. If you’d have said to Keir Hardie or my predecessor Richard Bell, who was the first elected Labour MP in England, that we’d one day have a universal healthcare system, full employment, council houses and the welfare state, they probably would have gone: ‘Aw, great. That’s unbelievable.’

“There was that research recently showing that if we get an increase in young people voting, then Labour’s gonna win. As Captain Sensible said: ‘If you don’t have a dream, how are you going to have a dream come true’?”

A note from the editor-in-chimp: This article originally appeared in the Morning Star, where I work as the deputy features editor.

The post ‘If We Stand Together, We Can Make A Difference: An Interview with Labour’s Chris Williamson appeared first on Monkeyboy Goes.

Warm up this winter
with  your bright Vision